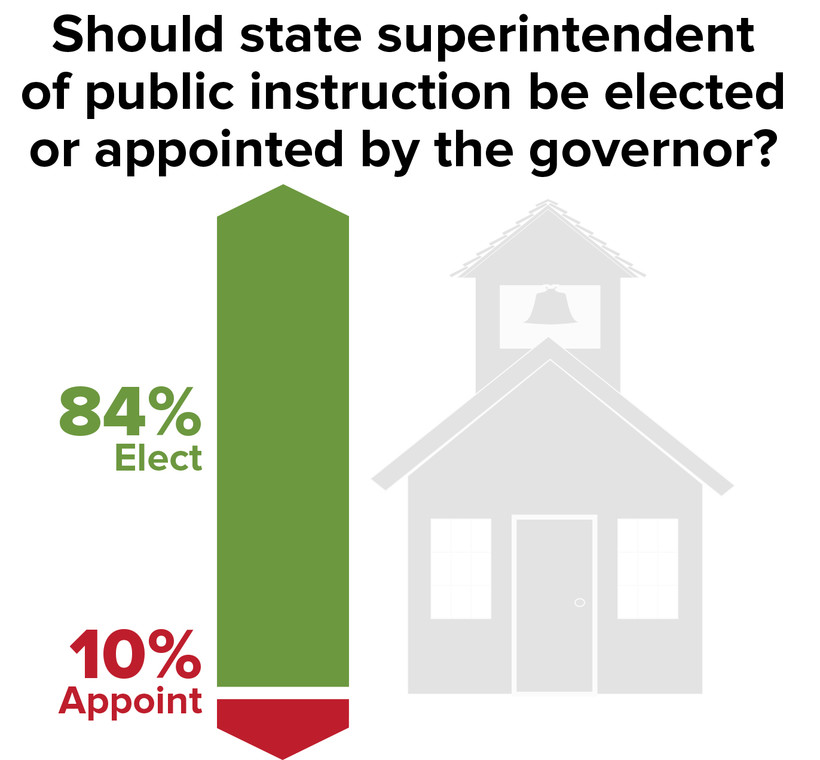 The vast majority of respondents to the latest Wisconsin Survey say the state superintendent of public schools should remain an elected position.

A proposal is being floated in the state Capitol to let the governor appoint the post.

When asked if the head of the state Department of Public Instruction should be elected or appointed, a resounding 84 percent of survey respondents favored keeping it as an elected position.

University of Wisconsin-Green Bay political scientist David Helpap said he suspects people like to know elected officials will be held more accountable than those who have been appointed by a Republican or Democratic governor.

"An appointed position, we can do that to some degree but it's much more indirect.  I think for most people in the state they tend to be pretty happy with the state's education," Helpap said.

The survey shows almost all Democrats -- 92 percent -- feel the superintendent should remain an elected position while 73 percent of Republicans agreed.