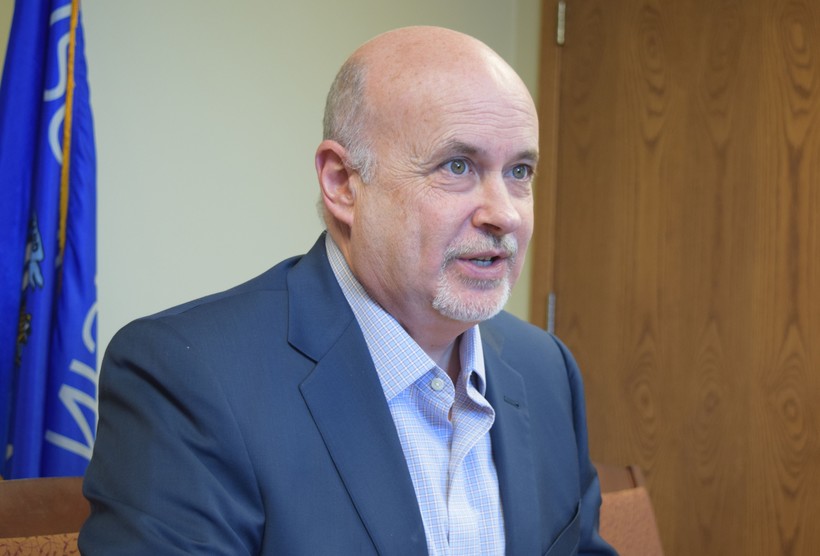 Wisconsin U.S. Rep. Mark Pocan said Tuesday that Congress will focus on gun safety legislation when it reconvenes next week, but it might take an executive order from President Joe Biden to get anything accomplished.

Pocan, a Democrat from the Dane County town of Vermont, said the need for Biden to get "creative" was based on political realities in the U.S. House, where Democrats hold a slim majority, and the U.S. Senate, which is split down the middle.

"Let's face it, Congress is largely dysfunctional right now," Pocan said. "The only way we're going to really be able to advance some things right now is with the White House."

Pocan's comments during a briefing broadcast by WisconsinEye came a week after the deadly school shooting in Uvalde, Texas that left 19 students and two teachers dead. Pocan did not specify which changes he wanted Biden to make through executive orders.

House Democrats are planning to advance a package of gun bills next week including one that would raise the age for purchasing semiautomatic rifles from 18 to 21 and another that would restrict the sale and manufacture of large capacity magazines. Pocan said he's a cosponsor of a bill that would bring back the 1994 Federal Assault Weapons Ban, which expired in 2004.

The U.S. House has already passed legislation that would regulate gun sales, including a measure to require universal background checks for firearm purchases.

"Simply doing any one of those, I think, is a huge signal that we're starting to address this as the problem it has been for too many years," Pocan said.

Senate Democrats have said they plan to bring the measure up for a vote, but it would need 60 votes to pass under the Senate's filibuster rules. That means 10 Republicans would have to sign on.

Pocan is not the only Democrat to call on Biden to act unilaterally when it comes to gun policy, suggesting that until Republicans are willing to buck their party and stand up to gun manufacturers, Congress would continue to remain at a standstill.

But his comments come as Biden has called on Congress to act, with members of his administration suggesting that the president's powers to issue executive orders are limited when it comes to firearms.

Pocan said that while executive orders would not have the staying power of a law passed by Congress and signed by the president, they could put something in place at least temporarily to see how it works. Pocan praised Biden for recently signing an order that bans so-called "ghost guns" that can be made at home.

"Just given the legislative numbers we have and the fact that Republicans generally, 90-plus percent of the time, aren't willing to work with us on anything, that is the best avenue we have," Pocan said. "We just can't have another mass shooting and do nothing."