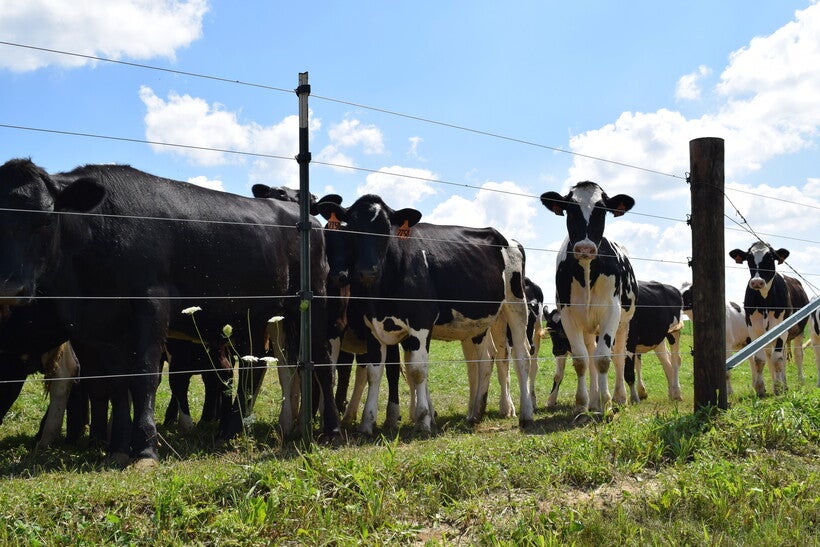 PETA is suing a Wisconsin dairy co-op for separating calves from their moms. But why do farmers do so?

A Wisconsin-based farmer cooperative is the latest dairy producer to be criticized for how their producers care for calves.

PETA, an animal welfare activist group, filed a lawsuit in California this week against Organic Valley, which is based in La Farge. The complaint alleges that Organic Valley's claims of producing milk with humane animal practices are misleading because their farmers separate calves from their mothers shortly after birth, a standard practice in dairy farming.

"These practices are not 'humane' and do not comport with established 'highest standards' of animal care 'above and beyond other standards'—including provision of 'social' settings—that (Organic Valley) touts on its labels," the lawsuit said.

A spokesperson for Organic Valley did not respond to a request for comment on the lawsuit.

PETA is not the only group that claims cow-calf separation is cruel. In 2020, actor Joaquin Phoenix used part of his acceptance speech at the Academy Awards to criticize the dairy industry for artificially inseminating cows and choosing to "steal her baby" after it’s born.

Jennifer Van Os researches animal welfare on dairy farms for the University of Wisconsin-Madison. She said cow-calf separation is standard for dairy farms across the U.S. and the world. She said the practice started as a way to prevent newborn calves from contracting diseases from other cows in a herd.

"Newborn dairy cows are vulnerable to disease because their immune system is still developing," Van Os said. "Their immune system develops in a way that's a little bit different from that of humans. So it came from good intentions, and it was done for the sake of the animal."

She said older research has also found that removing a calf almost immediately from their dam, or mother, caused less stress for both animals. So that became the standard practice for many farms.

Van Os said there are different ways to house calves, but many farms use calf hutches. These are partially-enclosed, outside shelters that were developed to allow for good ventilation and for farmers to more easily monitor the young animals. 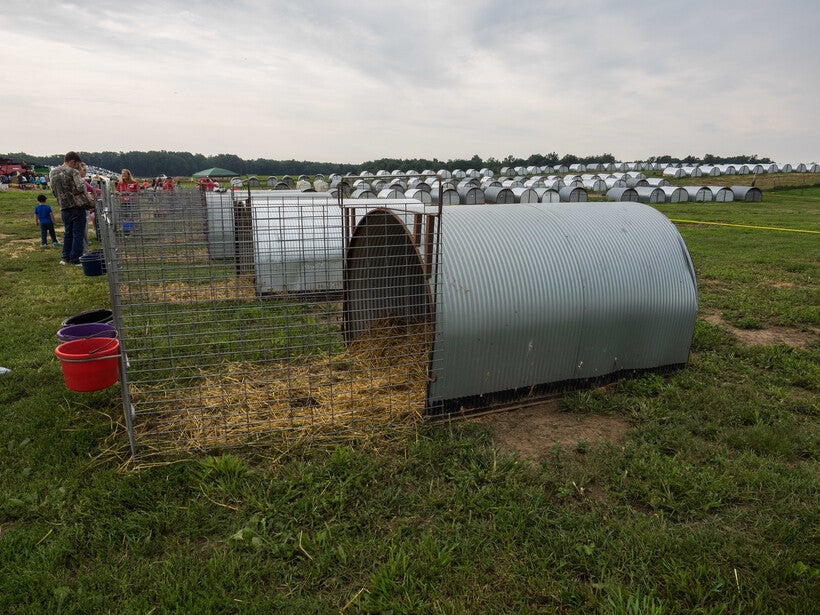 She said dairy cows are precocial animals, meaning they are capable of independent activity very shortly after birth and aren’t as dependent on their mothers. But research has shown that they do benefit from social interaction with other calves their age, like learning how to get along with others in the herd and getting a chance to play.

"There's a strategy that has been gaining traction and it's called social housing, where you keep calves with others of the same age without adult cows. So they could be housed in a few as a pair, or in small groups or larger groups," Van Os said.

She said about a quarter of U.S. farms are already housing calves in groups, and she’s had a significant number of Wisconsin producers reach out to learn how they can adopt the practice on their own farm.

Throughout her work studying cow welfare and educating farmers on ways to improve, Van Os said she has often been asked whether keeping a calf with their mother would be a better option.

"A lot of these questions come from people within the dairy industry — dairy farmers themselves and other people in sort of the food supply chain — because it's actually not a new concept, keeping cows and calves together. It just isn't the standard practice," she said.

Van Os said some dairy farms in Wisconsin already keep calves with their mothers. She's collaborating with another animal welfare scientist, Kate Creutzinger from UW-River Falls, on a new project to observe the natural behavior of cows and calves living together on pasture at these farms, with the hope of creating a model for other farms interested in adopting the practice.