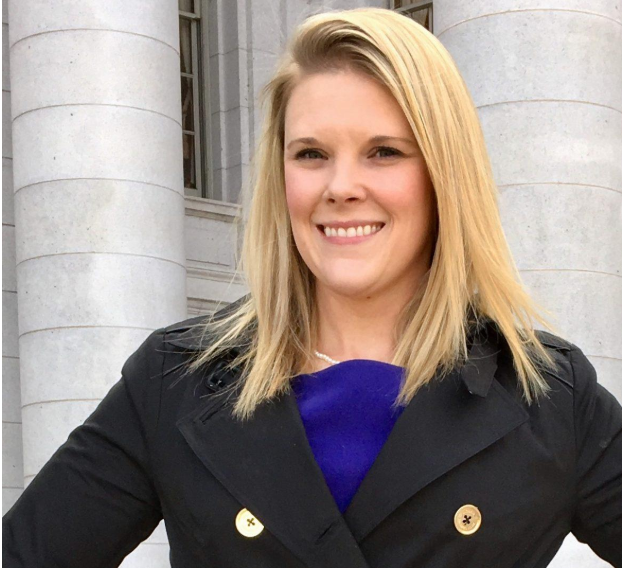 The head of the state elections agency says she will not step down from her role, despite a call from at least one prominent Wisconsin Republican leader for her to do so and sharp criticism from others.

Vos called for Wolfe to step down from her role Thursday after the Racine County sheriff held a press conference outlining concerns with 2020 election administration related to nursing homes in his community.

Senate Majority Leader Devin LeMahieu, R-Oostburg, has also been critical of Wolfe and the elections commission in recent weeks. Late last month, LeMahieu said the findings of a nonpartisan 2020 election audit showed "documented failures of the current (elections commission) administration and staff." The audit outlined several ways in which the agency may not have followed state laws in 2020, though none of the outlined transgressions would have affected a large number of votes or skewed results.

Wolfe argued the claims of her mismanaging the agency, which includes staff and a group of three GOP-appointed and three Democrat-appointed commissioners, are unfounded.

"I think in some ways that they think I’m an easy target — I’m not," she said. "I think that anybody that's looked at the integrity of the work that I’ve done, the dedication that I’ve given to this position, the support I’ve provided to our heroic local election officials ... I don't think that the claims have any basis."

Wolfe said she has "an obligation as the state’s nonpartisan chief election official to rise above" the criticism.

Wolfe’s position is subject to confirmation by the state Senate. She was confirmed in May 2019 for a term set to end in 2023. She wouldn’t say Monday if she would seek an additional term in the job.

Alleged transgressions by the elections commission in 2020 outlined in the nonpartisan audit included:

In all, the audit recommended 30 policy changes to the elections commission as a result of its findings.

At the time of its release, Wolfe said the audit included some inaccuracies. She said she couldn’t outline those alleged errors Monday, as an official memo from the agency on the matter is in progress. However, she said the commission is looking forward to working on some of the audit’s recommendations and hopes to implement several soon.

"The commission is very anxious and staff is very anxious to start working on those items, because I think we’ll be able to show that we’re able to make a very immediate, very good faith effort to make sure we’re addressing those concerns," she said. "And I think we’re all thankful to the audit bureau for providing us with a roadmap, in some senses, of some things we are able to take care of right away."

Republicans have raised concerns for months about elections administration in Wisconsin in 2020. One investigation of 2020 election administration, spearheaded by Vos, is ongoing. State Senate Republican leaders called for another new investigation in the wake of the nonpartisan audit as well.

The inquiries come after Wisconsin has completed a series of routine state election audits and a presidential recount in the state’s two largest counties. None of those reviews have uncovered widespread fraud or wrongdoing. There have also been numerous Republican-backed lawsuits in the state, all of which have failed to result in findings of wrongdoing by election officials or voters.