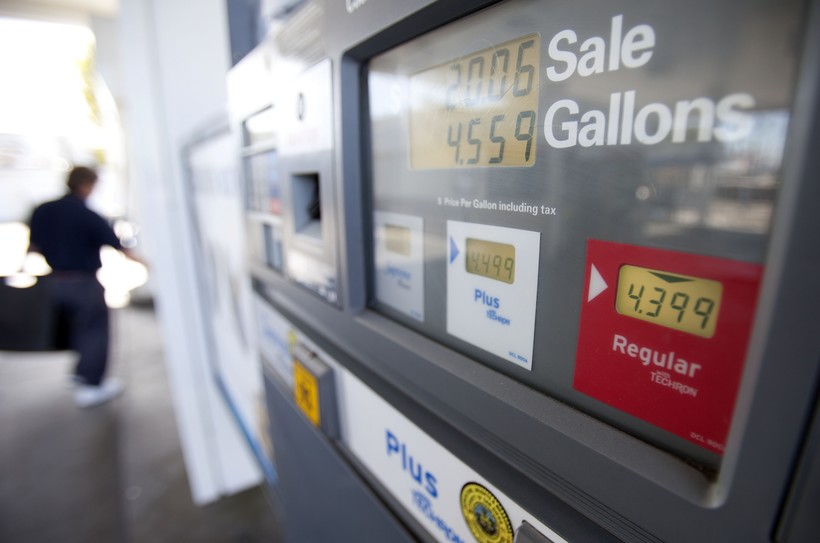 Consumer Prices Up More Than 5 Percent In The Past Year
By Christine Hatfield
Share:

Inflation is continuing at a pace that hasn't been seen since the 2008 recession, according to new data released by the Bureau of Labor Statistics on Wednesday. And shoppers across Wisconsin are certainly feeling the impact.

Ava Carver from Milwaukee says she expects prices to keep rising as long as the COVID-19 pandemic is still going.

"I don't do that much shopping, because it's only me, and so I just go out and get a little stuff," said Carter. "But I can imagine what it's costing people with little kids and people that got a large family. It costs a lot of money."

Carver said she's had to go to multiple stores to get the best prices possible.

"Cost of living is not cheap anymore like it used to be," said Carver.

The Bureau of Labor Statistics says the Consumer Price Index, which measures the average change of prices urban customers are paying for a variety of goods and services, is up over 5 percent since July 2020. The last time rates were that high was in the summer of 2008.

On a month-to-month level, the index increased by half a percentage point in July after rising nearly 1 percent in June.

"I think that there was some concern that inflation would continue to accelerate," said Tessa Conroy, an assistant professor of agricultural and applied economics with the University of Wisconsin-Madison. "Producers haven't been able to respond with supply as enthusiastically as consumers have responded with demand as the economy has sort of opened back up."

Conroy said the new numbers indicate the current accelerated inflation is a temporary trend brought on by supply shortages.

"I think that's hopeful for a lot of consumers in particular, that as some of the short-term problems resolve themselves, prices will stabilize," said Conroy.

But Conroy said inflation particularly impacts lower-income households because areas that are rising the fastest in terms of price are often a part of low income budgets. According to the latest statistics, food prices were up by about 3.5 percent year-to-year. Other areas of the economy, like used cars and gas, have been hit much harder.

Those changes could lead to less spending in areas of the economy like travel, Conroy said.

"It's going to be harder to make those trips because what income they do have is going to be going towards buying gas and groceries and rent, all of which have gotten a little more expensive as well," said Conroy. "Where budgets are already tight, it becomes even more difficult to make ends meet."

Wisconsin businesses are among those still trying to overcome impacts from the pandemic, though Kurt Bauer, president of business lobbying group Wisconsin Manufacturers and Commerce, said the economy is rebounding much more quickly than it did in 2008.

He said hiring is the biggest problem employers face right now, and that recovery has created "tremendous demand for labor."

"Historically, we've got a demographic challenge in Wisconsin, but right now, in the short term through Labor Day, they're competing against government for laborers," said Bauer.

Bauer said pandemic unemployment programs are adding to the problems employers face, but a study of states that pulled out of those programs early found employment hasn't rebounded even after the extra benefits came to an end.

"If it's the case that we're going to still need wage increases to recruit people into positions, and then if those wage increases are passed through to consumers via higher prices, I would certainly see that could add to the concern over inflation," said Conroy.

Bauer said the supply chain is also causing issues because production hasn't rebounded from the downturn caused by COVID-19.

"It takes a while for production to fill that demand, and so there's more demand than there's supply," said Bauer.

Bauer said those issues are feeding into inflationary pressures, which are trickling down to consumers.

"Right now, what we're seeing is something akin to an accident on a busy highway," said Bauer. "There's a bottleneck, and it takes time for traffic to resume normal flow after the accident is cleared."

Bauer said as shortages ease, some prices could be driven down, but he said inflationary pressures "are here to stay, at least for the time being."

Conroy said consumer expectations will play a role in the months ahead.

"If consumers are expecting prices to go up in the next few months, this sort of medium-to-long term, then they might be more inclined to buy now," said Conroy. "That sort of adds pressure or reinforces inflationary pressures."

Conroy said the rise in coronavirus delta variant cases could lead to people being less inclined to eat out or travel, which might also relax some of the pressures causing inflation.