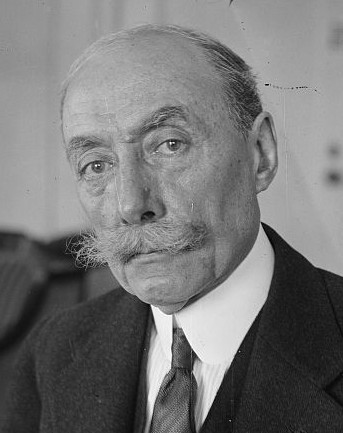 Paris Opera director Andre Messager conducted the debut of Claude Debussy's opera Pelleas and Melisande.  Then he had to leave the country to fulfill other commitments.  That left the direction of the opera to the second conductor, Henri-Paul Busser. A despondent Debussy wrote to Messager on May 9, 1902:

“Last Thursday we had a quick pass at the opera, which Busser needed.  Just between you and me, the management should’ve given time for a full rehearsal.  Busser was nervous and seemed not to know how to come to terms with the entire score.  Pelleas sang in a voice that seemed to come out of his umbrella!  Melisande refused to look at him, contending that she was accustomed to gazing upon a much more agreeable face, and there’s plenty of truth to that. The result was blurred and muddy.  There was no telling which way it would go.

“On Friday a wonderful audience, very respectful.  Busser showed up looking like a gentleman who’s dreading a cold bath.  The orchestra was admirable, carrying him along and guiding him through the nuances.  He paid no attention whatsoever to the singers, throwing chords at them with complete disregard for harmony.

“Anyway, it all turned out passably, and after the fourth act there were three curtain calls to reward all of those deserving people for their efforts.

“All in all, a pleasant evening during which only you were missing—and missing utterly.  What I’m trying to say is that you managed to bring Pelleas to musical life with a subtle tenderness that can never be repeated.  Because, without doubt, the conductor who brings it forth tempers the inner rhythm of any composition, the same way that a word is colored by the lips the speak it.”

Claude Debussy feeling the absence of conductor Andre Messager in a letter of May 9th, 1902.