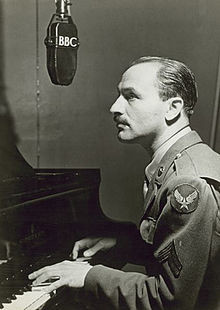 In 1943, at Lindy’s Restaurant in Manhattan, Marc Blitzstein introduced twenty-five-year-old Leonard Bernstein to twenty-nine-year-old Morton Gould. The two composers had plenty in common. For a time, their careers ran parallel courses and then they collided.

Gould was well known in musical circles. His music was being played on the radio. He was well connected in New York musical life, but lacking self-confidence and not one to mix easily. He thought that if he worked hard his talent would be discovered. His big dream was to conduct the New York Philharmonic in Carnegie Hall.

Bernstein’s fame hadn’t spread so far yet, although those who knew him knew how brilliant he was as a conductor and composer. He was an aggressive self-promoter. In September he became the assistant conductor of the New York Philharmonic. On November 14, as a last-minute stand-in for Bruno Walter, he became famous overnight by conducting a Sunday matinee concert that was broadcast nationwide.

By the mid-1940s the younger composer was in a position to help the elder. Gould brought over some records and scores of his music, and as he played them, Bernstein began to call out the names of composers who supposedly had influenced what he was hearing.

“I listened. I heard. I was getting a little restless,” Gould recalled half a century later. “And then he said ‘Bernstein!’”

But Gould had written the piece in question three or four years before Bernstein had composed the music that allegedly had influenced it. Gould said something about Bernstein’s ability to write history backwards, closed the score, and stopped the record.

“What are you doing?” Bernstein asked.

“Forget it,” Gould said. He left and told his publisher never to send Bernstein another score.

Apparently name-that-influence was a game that Bernstein liked to play occasionally. He did the same thing with composer Vincent Persichetti and he did it with Aaron Copland, who just laughed it off.