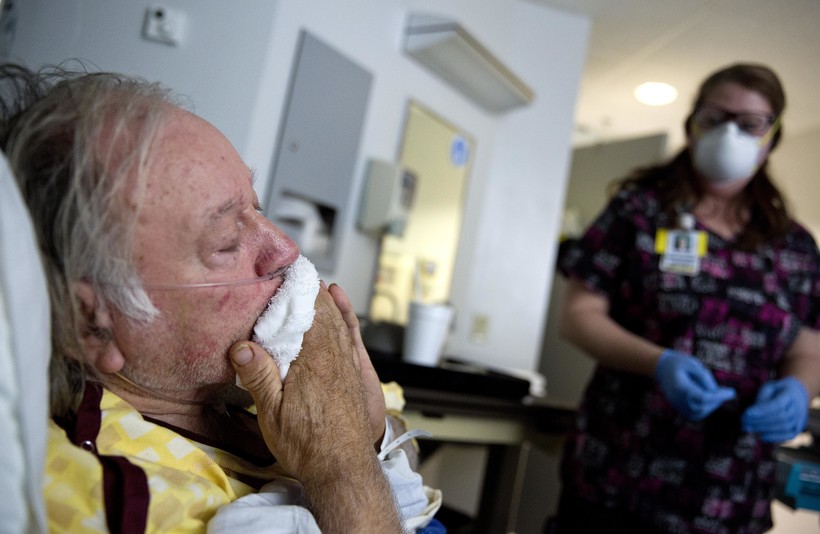 Number Of COVID-19 Deaths Is Based On Actual Reports; Flu Deaths Are Estimates

Influenza and COVID-19 share several commonalities. They both cause respiratory distress. They both can be transmitted via contact and in droplets. And they both kill.

The two viruses have drawn comparisons, including by President Donald Trump, who pointed out in a press conference how many people the flu kills each year.

According to the Centers for Disease Control and Prevention, this past flu season saw an estimated 24,000 to 62,000 related deaths in the United States. The flu season ran from October through early April. In the months since the coronavirus landed in the U.S., there have been more than 70,000 confirmed deaths caused by COVID-19.

The problem is that these viruses differ wildly in the way the number of deaths they cause are calculated, and comparing the two really isn't fair, said Dr. Jonathan Temte, associate dean for public health and community engagement at the University of Wisconsin-Madison School of Medicine and Public Health.

The number of influenza-caused deaths is largely based on estimates. The CDC determines those estimates through a complicated algorithm that takes into account the actual number of flu death counts and hypotheses about how many cases, hospitalizations and deaths went unreported.

An actual death count doesn't exist, in part because of statutes such as Wisconsin's that only require providers to report pediatric deaths from influenza. It's voluntary to report flu deaths from adults. Additionally, Wisconsin does not require influenza testing to be reported.

"Influenza ascertainment has always been nebulous," he said. 'In the best circumstances, we can assess what happens within a clinical population."

Temte has been part of a clinic-based surveillance program run out of five family medicine clinics in Dane County over the past 11 years. Research into that sampling showed the number of people who are actually admitted to the hospital for influenza account for about 1 percent of clinical visits, and deaths from influenza are very rare.

Over the course of a year, Temte said influenza probably infects between 855,000 and 1.14 million people in Wisconsin. In 2019, influenza resulted in 4,442 hospitalizations and led to 167 deaths that were confirmed to be influenza-related.

Temte said research shows there's a lot of influenza circulating every year, and relative to that is a small number of COVID-19 cases.

In Wisconsin, as of Thursday, there have been 1,732 hospitalizations as a result of COVID-19, and 374 deaths, which include cases that were either confirmed by a laboratory or were instances where the patient exhibited symptoms that were clinically evaluated as such.

Temte said the numbers for COVID-19 are much more accurate because of all the testing involved. Patients are tested when they're hospitalized, and there's laboratory confirmation of the impact of COVID-19 on deaths.

Still, Temte said despite the more precise measurements for COVID-19, the number of actual cases is likely higher. There are more people who are dying of illnesses that look like pneumonia, neurological issues or heart attacks, and these may be related to COVID-19.

In addressing the argument that numbers showing the prevalence of COVID-19 are overstated, Temte said that's wrong.

He pointed to a graphic from the CDC that comes out weekly and reports the percentage of deaths in the U.S. due to pneumonia, influenza and now COVID-19. During the 2009-10 influenza season, 8.1 percent of people who died had either influenza or pneumonia. Another bad influenza year in 2017-18 saw these pneumonia- and flu-related deaths peak at 10 percent.

But the week ending April 11 this year hit a record 23.5 percent of deaths by COVID-19, influenza or pneumonia compared to the total number of deaths.

"That means that about 1 out of every 4 people in the U.S. that died that week died of influenza or pneumonia or COVID-19," he said, adding that influenza had largely gone away by this time and wasn't circulating.

"I've never seen it look that bad," he said. "So the people who dismiss COVID-19 as being something that is hyper-inflated or not being hyped too much are unfortunately totally wrong."

COVID-19 And The Flu: How To Compare Cases Of These Illnesses 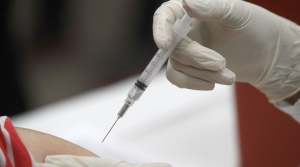 Both influenza and COVID-19 are dangerous and potentially deadly illnesses. But the way these diseases are recorded is very different, with public health officials counting every case of COVID-19, and the flu recorded as an estimate. As the number of COVID-19 cases grows in the United States, we talk to a public health expert about how the numbers are gathered and what we can learn.