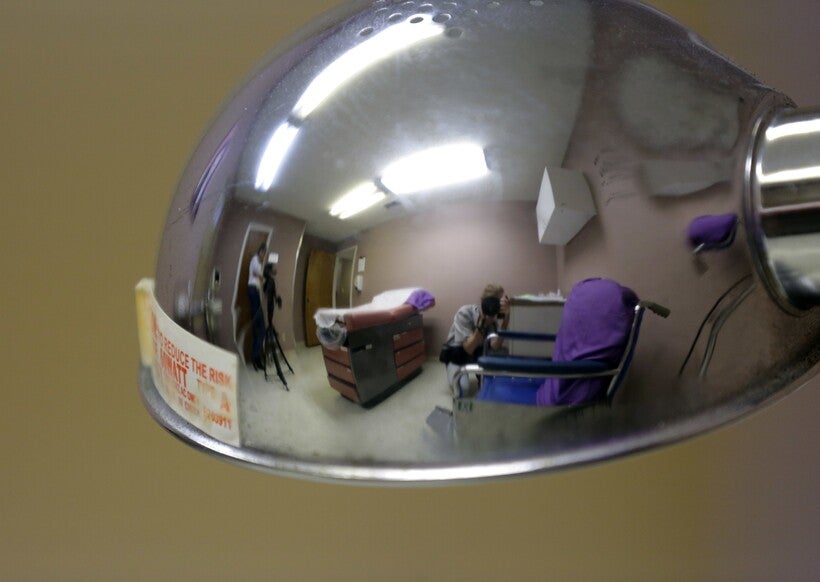 Members of the media are reflected in a lamp as they photograph a room formally used as an examination room for abortions at Choice Clinic, formerly Whole Woman's Health Clinic, Monday, June 27, 2016, in Austin, Texas. Eric Gay/AP Photo

54 Percent Of Abortions Among Wisconsin Residents Obtained Within First 8 Weeks
By The Associated Press
Share:

The state Department of Health Services released its annual report on induced abortions Tuesday. The report shows 5,818 abortions were performed in the state in 2017, close to a 3.7 percent increase over the 5,612 abortions reported in 2016. Abortions in the state had dropped each year since 2009, when DHS recorded 8,542 procedures.

Fifty-four percent of abortions among Wisconsin residents were obtained within the first eight weeks of gestation.