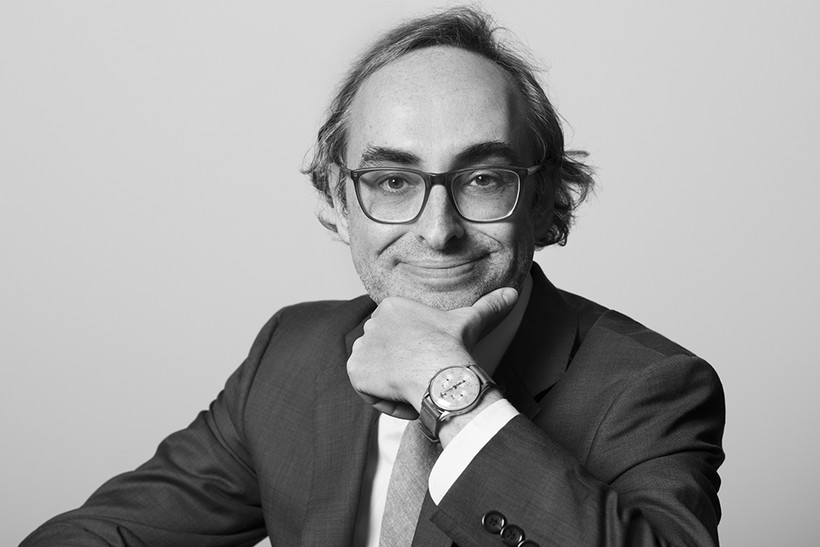 Acclaimed novelist Gary Shteyngart is a self-described chronicler of Manhattan. Before penning his latest novel, "Lake Success," Shteyngart took an inventory of his social network and noticed most of those closest to him had been priced out of the city.

"The only people left were people who worked in banks, or the people who loved them," Shteyngart quips.

So, he decided to get to know them and framed "Lake Success" around these Wall Street characters.

If you’re unfamiliar with what a hedge fund manager does, you’re not alone. Shteyngart — who is known for working with celebrities to make trailers for his books — tapped actor Ben Stiller to help caricaturize them.

Shteyngart summed up their job description to WPR’s "BETA" in a more somber tone.

"Essentially all of this is a giant scheme to transfer money from poor people of the middle class to the pockets of a tiny 0.1 percent of the population and of course, the last couple of years have only enabled that to happen all the more," he said.

"Lake Success" follows beleaguered hedge fund manager Barry Cohen as he escapes New York via Greyhound bus in the midst of an U.S. Securities and Exchange Commission investigation and after an autism diagnosis for his 3-year-old son. Cohen’s trek through the heartlands of America to locate his college girlfriend reveal a quest for a simpler time and an eye opening look at an alternate American experience.

"I think at one point, the book describes it as a middle-aged version of 'On the Road,'" Shteyngart says. "I think that’s kind of accurate because all of the dreams and excitement have been replaced with a feeling of 'Oh my God, I really screwed up.'"

Shteyngart immersed himself with hedge fund managers to research the book. He claims he became somewhat of a "hedge fund whisperer" of sorts. Shteyngart observed that most of the managers he met were not any happier, despite their immense wealth.

"It was a kind of project where I entered thinking 'OK, I’m going to get to know the masters of the universe,' but I left it feeling almost allergic to money because I saw how little it accomplished in terms of making people happier," he said

Shteyngart claims most of these managers lead a very isolated existence.

"When all you’re doing is following the world as blips on a screen on a Bloomberg monitor, you’re not really living," Shteyngart said. "It’s very hard to connect with even the people around you, your spouse, your children."

Shteyngart talks about how this isolation could manifest itself in the form of an unceasing competitiveness.

"Many of the hedge fund guys that I would meet would talk about their fellow competitors and say 'Well, Jim is on the spectrum or Bob is on the spectrum,'" Shteyngart said. "One of the main things they wanted to say about each other that they had better social skills than someone else."

This development, coupled with his budding friendship with autism spokeswoman Temple Grandin, inspired Shteyngart to explore this theme of neurodiversity in the novel through the character of Cohen’s son.

In addition to spending a lot of time with hedge fund managers, Shteyngart also took the very same Greyhound bus trip that his protagonist does.

"Taking 'The Hound' as we call it or 'The Dog' across the country in the span of four months was exhausting. Something you do on a dare," he explained.

Shteyngart very specifically wanted to route his character through the South.

"When you look at the way our country works, the South has an outsized influence, I think. It’s almost like the civil war never ended," Shteyngart says. "At least in the ways it gets to set the dialogue for this country."

Shteyngart’s bus trip occurred during the summer of 2016 and coincided with the launch of Donald Trump’s candidacy for president. Shteyngart began to witness firsthand the ascendancy of a new boldness when it came to voicing views on race.

He cites an occurrence in a southern city — the anecdote works its way into the novel — where the bus took on a "gaggle" of white supremacists who began to espouse bigoted views very openly.

"Of course people have thought these horrible things, but in the first summer of Trump in 2016, people could get up on a bus, that was mostly people of color, and proclaim these things," he said. "What we did is we looked away. We pretended we were asleep. We didn’t challenge them even though we were in the majority. I think this book is partly about that. It’s partly about this ascendancy of this new America."

"Lake Success" captures this contemporaneous America quite well as a result. However, Shteyngart doesn’t view it all as a net negative.

"You could tell that (the white supremacists) were in some measure on the way down and that a lot of the other people on the bus were in some ways on the way up. They were working hard. They saw an opportunity that was offered them to advance in life," he said.

He also argued that the country itself was a beautiful respite and provided much needed perspective for anyone sequestered into any kind of bubble, coastal or otherwise.

"The beauty of the country, from the foothills to the mesas, is so striking and as seen through a Greyhound window — which is a pretty big window if you find the right place to sit — it’s almost like the country becomes its own show."