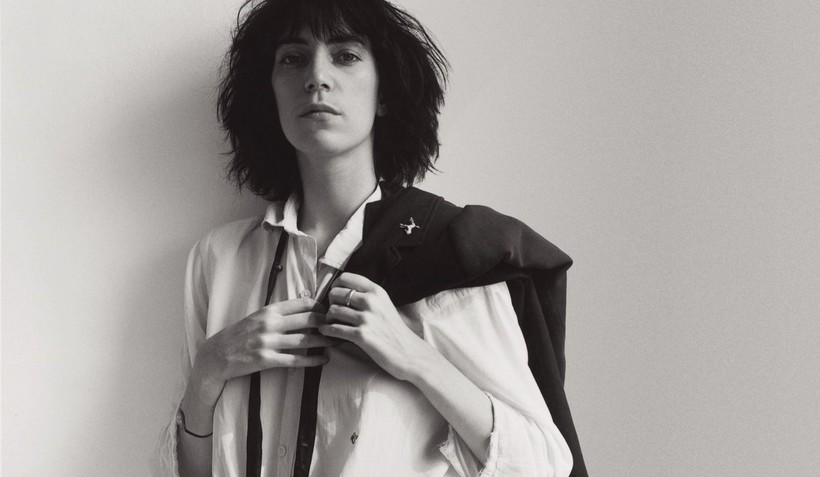 'Not precious about it at all': Patti Smith's legacy of work

Patti Smith is a poet, writer, musician and visual artist. But, if you ask her, she will say she's a worker.

Wisconsin Public Radio's "BETA" talked with Caryn Rose, author of "Why Patti Smith Matters," and she puts it this way:

"Patti is not precious about it at all. She views it as work. Just like going to a factory is work, she shows up every day, does it, doesn't pretend that it's magic, and doesn't try to glamorize it or be cute about it. She's just there doing the work."

Smith enjoys her work and has quite a lot to show for it, including memoirs, books of poetry and several music albums with her band, the Patti Smith Group. But what was it that set her on an artistic course?

"Her family was working class, but they were very interested in art, whether opera or classical music," Rose says. "She tells the story of her parents taking she and her siblings to the Philadelphia Museum of Art and her first encounters with art in person. She grew up with it being an important thing, and she just kept going."

In 1967, Smith left her family in New Jersey and found her way to the Chelsea Hotel, where she lived amid a vibrant artistic community, meeting and making friends with William Burroughs, playwright Sam Shepard, Janis Joplin, Allen Ginsberg and others. At the Chelsea, she met Robert Mapplethorpe, who profoundly influenced Smith's development as an artist. Their story as friends is chronicled in her book "Just Kids," for which she won a National Book Award in 2010.

Rose says Mapplethorpe was important in Smith's development as an artist "because of his unconditional support. He would say, 'You got to keep working. You got to keep writing whatever it is.' And he did in that loving way, pushing her forward. 'You need to read your poetry in public. You should think about putting music behind your poetry. Maybe you should think about singing.' He financed the recording of her first single. I don't think it gets stronger than that."

In 1975, Smith recorded her first album, "Horses," which was a modest success at the time. However, since then, the album has received much critical acclaim for being an essential recording in the history of punk and rock music.

"I think it's just a perfectly formed piece of art that represents Patti as a writer, as a performer, as a woman leading a band," Rose says. "And it also pulls in the strengths of the members of her band."

After the release of her fourth album, "Waves," in 1979, Smith quit the music business, left New York for Detroit, married Fred "Sonic" Smith of MC5 fame, and settled down to raise a family.

In 1988, after nine years away from music, Smith recorded "Dream of Life" and included the popular anthem, "People have the Power," which Rose says Fred Smith challenged her to write.

"I love Patti's story about this. While she was cooking in the kitchen, Fred walked in and said, 'people have the power; write it.' And she sat to this task. She started studying speeches of the great orator. And she talked with her trusted friends and colleagues and put this beautiful anthem together that has become something that is being sung in protest marches, and slogans from it appear on protest signs."

After he died in 1994, Smith started her journey back into music and began recording and touring in 1996. She recorded five albums of music until 2007. At 75, Patti Smith is still working, writing and performing.

Rose says of Smith's legacy: "She is the natural successor to Dylan. She is the one who continued carrying the torch of poetry and the Beats and a little bit of psychedelia and moved it forward. She was the first artist out of CBGBs to get signed to a record contract, which means something. And then she returned, being more prolific in the second act of her public artistic life than she was at the beginning."