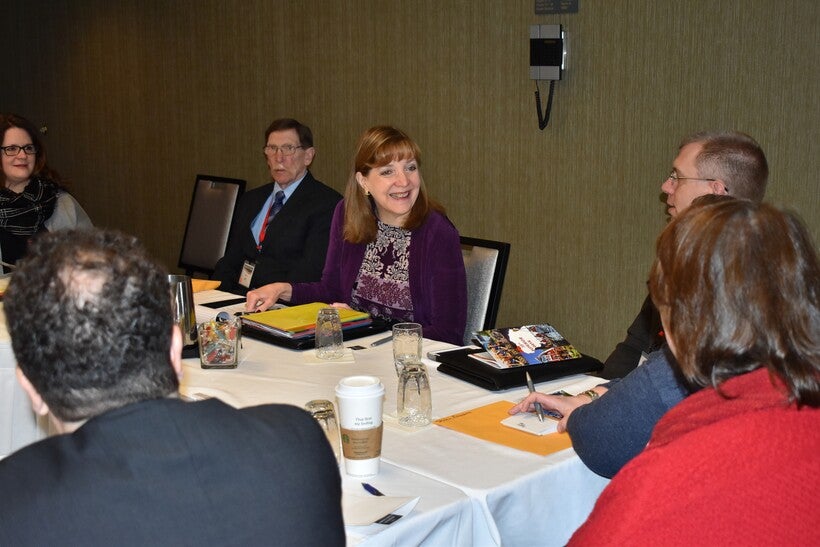 Northern Wisconsin officials are lobbying agencies and lawmakers in Madison this week as part of the 35th annual Superior Days. Health officials are once again seeking support for mental health services.

Northern Wisconsin counties have long struggled with the state's Medicaid reimbursement rates, which are roughly half that of nearby Minnesota, said Deputy Director Dave Longsdorf with Douglas County Health and Human Services. He said people can't access inpatient services in the area.

"If we have an emergency detention or somebody in mental health crisis, our closest hospital we can engage is Eau Claire. However, Eau Claire is now being overutilized by easily 15 to 17 different counties," said Longsdorf. "So, it’s readily full, which means we end up having to use Winnebago."

The Winnebago Mental Health Institute in Oshkosh that Longsdorf referenced is at least a five-hour drive from Superior. Cheryl Hanson, family services manager for Bayfield County, said that creates a great deal of stress for families, especially when children are involved.

The lack of nearby resources has also created financial stress for counties. Longsdorf said Douglas County saw more than 50 commitments last year. He said roughly two-thirds of them were at Winnebago Mental Health Institute where Longsdorf noted it can cost more than $30,000 per month to house an individual.

Matt MacKenzie, an Ashland County board member, said placing kids in care outside the county has cost around $750,000 annually for Ashland County.

"It’s breaking the bank," he said.

Longsdorf and Hanson said they would support Republican-backed legislation that would add 22 psychiatric beds in Eau Claire County. The bill is similar to language included in the 2019-21 state budget. However, Gov. Tony Evers redirected the money through a line-item veto to a center in Madison. The Assembly failed to override the budget veto in November.

"Twenty-two beds in Eau Claire would be a huge boost for us, and I don’t think it would fix the issue," said Longsdorf. "But, it would certainly take a great deal of the pressure off."

"I absolutely agree when you say this is a systems issue," said Willems Van Dijk. "This issue of access to care, access to providers, of Winnebago being the only mental health hospital available to many counties and being far away from them, and the issue of law enforcement involved in transport is an issue across our state.”

She noted the state has increased Medicaid reimbursement rates for nursing homes. She also highlighted $1.9 million that was allocated to four northern Wisconsin counties in the form of disproportionate share hospital payments. The payments help supplement what hospitals receive from Medicaid reimbursement. She added the budget included another $9.9 million in supplemental funding for rural critical access hospitals.

The Superior Days delegation met with department officials on the same day the agency announced it's official opening of a new admissions unit at the Winnebago Mental Health Institute. The new unit, which is full, includes 23 rooms and serves patients that have been considered a danger to themselves or others by county health officials or law enforcement. The facility saw more than 2,800 admissions last year, according to the Milwaukee Journal Sentinel.

"Part of that is recognizing the big burden that counties have been paying and moving into partnership with you on that," said Willems Van Dijk.

The agency announced Tuesday it's providing $13.3 million this year to help counties provide crisis intervention services through the new benefit. A DHS spokesperson said the benefit would not cover the cost of transporting patients in crisis to the Winnebago Mental Health Institute.

Editor’s note: This story has been updated to state a new unit at the Winnebgao Mental Health Institute has 23 rooms that are single- and double-occupancy.