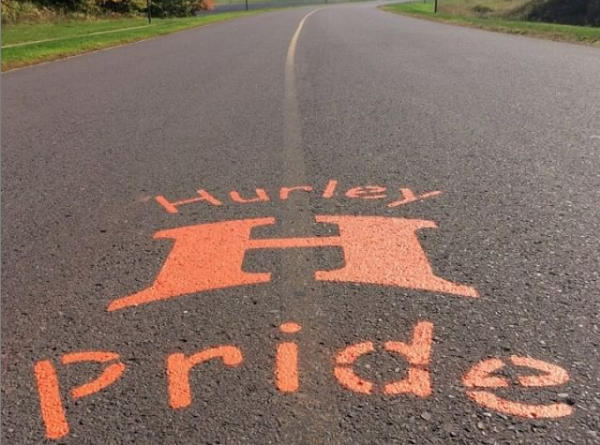 School Committee Will Choose A New Logo In July
By Rob Mentzer
Share:

Hurley is known as the snow capital of Wisconsin. It's one of the state's northernmost cities, bordering Michigan's Upper Peninsula. And until recently, it was also known for a school nickname that denigrated a group of people.

The Hurley School Board last fall voted to have a community referendum to decide whether to change the district’s longtime nickname, the Hurley Midgets. In January, though, the board thought better of taking the question to voters, and decided to simply move ahead with the change.

After a months-long community engagement effort and dozens of nominations, the district has chosen a new name: The Hurley Northstars. And soon, it will have a new logo to go with it.

Hurley Superintendent Kevin Genisot is also a graduate of Hurley High School himself. He helped create a committee of 36 people including students from fifth grade through high school along with teachers, administrators, coaches, janitors and PTO members.

They received 76 nominations for new mascots. Some paid tribute to the area's history as a center for mining, with names such as the Iron Rangers, the Headframers and even the Hurley Hematites, after iron oxide. Others — the Blizzards, the Storm — sought to harness the region's famous winter weather. And wildlife choices were popular, from Bucks to Foxes to Harriers, named for the bird of prey.

Dayne Stuhr, who served on the committee as a high school senior and has since graduated, said the group took its job seriously.

"A mascot isn't just a name," Stuhr said. "At least for us, it means something more."

Even with so many choices, Genisot said it didn't take long for three clear frontrunners to emerge: Northstars, Timberjaxx and Storm.

And in a community vote during the last week of school, the district's 555 students, as well as staff members and other community members, voted for the winner.

Another recent graduate who served on the committee, Ally Rye, said the name had resonance for her.

"Like a North Star up in the sky, you can always find your way back home to it," she said.

Genisot and the students said that while some community members opposed renaming the school, in general the ones they encountered felt like it was time for the district to make a change. The old nickname is a derogatory toward people with dwarfism.

"A lot of the kids I talked to understood that it was time for a change and were on board to find a better mascot name," Rye said. "We were ready for that change."

Next up: Deciding on a design. The district has asked for community submissions for logo and mascot designs. They'll choose the winner at a public meeting Monday, July 8.