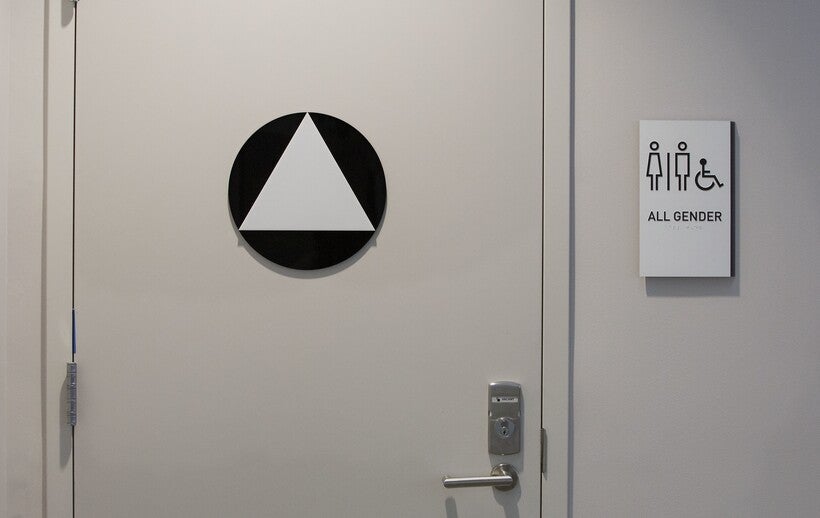 New Park Bathroom In Eau Claire Will Be For All Genders

Eau City Council Voted On An Amendment To Label Single-Stall Bathroom 'All-Gender' Instead Of 'Family'
By Clara Neupert
Share:

The council members listened to proposed plans to update Owen Park. Along with a new pavilion, the park will receive new restroom facilities. The original resolution labeled the three new bathrooms "female," "male" and "family."

Council Member Andrew Werthmann later proposed an amendment to call the bathroom "all-gender" instead of family, and his measure passed unanimously.

Werthmann said providing a sign with specific wording would make it clear the bathroom welcomes people with diverse gender identities.

"Everyone who visits our parks should be able to enjoy our parks no matter what their gender or gender expression is," Werthmann said. “And that's the first and foremost reason we did it. We want to make sure our parks are open to everyone and enjoyed by everyone.”

The bathroom isn't just for people who identify as trans or gender non-conforming, Werthmann said. The restroom is built for families as it includes a diaper-changing station.

Laura Benjamin, a council member at-large, said constructing the restroom is a good way for the council to celebrate Pride Month.

"For us, it was a way to be inclusive to people across the gender spectrum and show them that Eau Claire cares about that and is willing to promote that as part of city leadership," Benjamin said.

People don't realize many trans and gender-nonconforming people don't feel safe in public bathrooms, Benjamin said during the council meeting. Updating the wording could provide a small relief to this issue, she said.

"It's something that's a small change that could mean a lot to a group of people that's maybe a bit invisible to many people in our community," Benjamin said at the meeting.