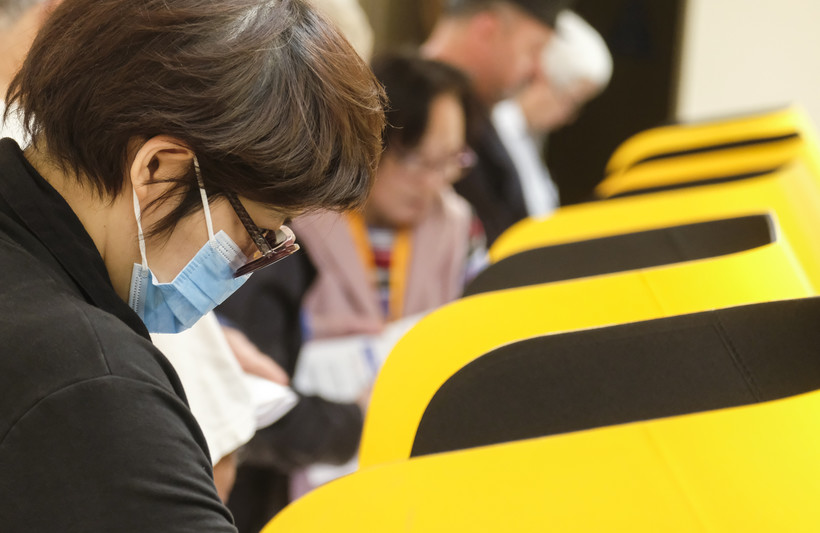 A fourth federal lawsuit has been filed in Wisconsin over the timing or administration of the state’s April 7 election during the COVID-19 pandemic.

The latest legal challenge comes from a broad coalition of advocacy groups, many of which represent the interests of minority communities. The coalition includes Souls to the Polls, Voces de la Frontera and Black Leaders Organizing for Communities (BLOC).

The lawsuit, brought against the Wisconsin Elections Commission, argues members of minority communities in Wisconsin will be disenfranchised if the April 7 election isn’t delayed.

The lawsuit notes many Latinos in Wisconsin don’t have the internet access necessary to request a mail-in ballot online and have had trouble navigating the Wisconsin Elections Commission’s website.

"Such voters will both be unable to register to vote online and even amongst those who are registered, they will not be inclined to request a mail-in absentee ballot," the lawsuit reads.

BLOC, which works with black voters, primarily in Milwaukee, echoed many of those concerns. The group said in the court filing it has shifted much of its advocacy work to digital operations during the pandemic, has been dealing with disconnected phone numbers for many potential voters and has been "(struggling) to walk each person through their scenario on where they are in the voting process to request a ballot."

"BLOC is battling through misinformation, uncertainty, and an overwhelming amount of questions about the election," the lawsuit reads.

During a call with reporters earlier this week, Souls to the Polls president Rev. Greg Lewis, who has tested positive for COVID-19, said current conditions are making it almost impossible for some black Wisconsinites to vote.

"It’s confusing to me, you ask everybody to stay home, then you tell everybody that we’re going to have a vote on April 7," Lewis said. "That just doesn’t make sense to me.”

Lewis said the groups don't take their call to delay the election lightly.

"But in times of national emergency we must act to protect the health of the community and the health of our democracy," he said.

On the same call, Richard Saks, one of the lawyers helping the groups bring the new lawsuit, said there are a lot of voters in Wisconsin who can only participate in the election through in-person voting.

The lawsuit calls for:

Both Gov. Tony Evers and the Wisconsin Elections Commission have said they don’t have the authority to move the election date because it's written into state law. They have said it would take action by courts or the state Legislature to change the date.

Both GOP leaders of the state Legislature, Assembly Speaker Robin Vos, of Rochester, and Senate Majority Leader Scott Fitzgerald, of Juneau, have said they don't support changing the date.

On Friday, Evers called on the Legislature to convene and approve sending mail-in ballots to all registered voters in Wisconsin. However, both leaders said earlier in the week they don't support doing so. They argue there would need to be more notice and education for voters to understand the process before Election Day.

The three other federal lawsuits related to the election were brought by the state and national Democratic parties, the city of Green Bay, and the League of Women Voters of Wisconsin.

Only one case has had a ruling so far.