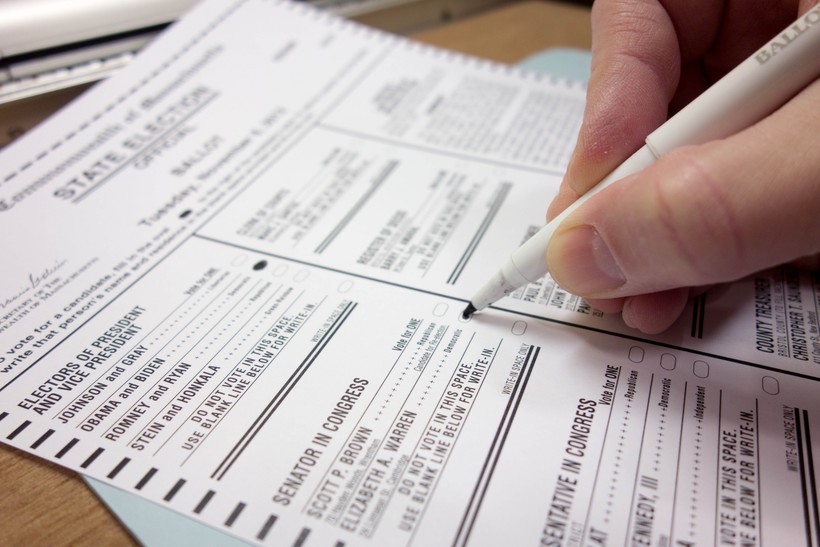 The city of Green Bay and its clerk have filed a federal lawsuit against the Wisconsin Elections Commission and the Evers administration seeking to delay the state’s April 7 election and transition it to an election conducted entirely by mail.

The lawsuit, filed Tuesday in the Eastern District of Wisconsin federal court, argues election officials across the state cannot effectively and safely administer the April 7 election as scheduled during the ongoing spread of COVID-19 in Wisconsin.

"The City is finding it functionally impossible to comply with both the Wisconsin Election Commission’s established procedures for administering the election and the directives of health officials," the legal complaint says.

The lawsuit calls for online or mail-in voter registration to be extended until May 1, for all registered voters to be mailed an absentee ballot, and for Election Day to be postponed until June 2.

"No other steps will effectively protect the public from potential exposure to COVID-19, while simultaneously ensuring that no eligible voters are disenfranchised on account of being afraid or unable to go to the polls," the lawsuit states.

"We're in the position of asking people to choose either their health or their right to vote and in our opinion that's unjust, it's unlawful, it's unsafe," Genrich said.

According to the lawsuit, 90 percent of poll workers in Green Bay are more than 60 years old and only 54 of the city’s 278 poll workers agreed to work the April 7 election as of Friday.

A number of clerks across the state have either eliminated or sharply scaled back in-person early voting during the pandemic, a move the state Elections Commission has said could open them up to lawsuits.

As officials, including Gov. Tony Evers, have urged voting by mail for the election, clerks are also contending with a massive influx of absentee ballots to process.

According to the lawsuit, Green Bay’s clerk had a backlog of more than 4,000 absentee ballots as of Tuesday.

According to the state Elections Commission, clerks across the state had received 626,837 absentee ballot requests as of Wednesday morning.

In comparison, there were 225,973 requested by the day before Election Day for the 2016 presidential primary. The total turnout for that election was about 2.1 million.

A Wisconsin Elections Commission spokesperson declined to comment Wednesday on the lawsuit. Evers’ office did not immediately respond to a request for comment.

Both Evers and the commission have said they don’t have the authority to move the election date because it's written into state law. They have said it would take action by courts or the state Legislature to change the date.

Both GOP leaders of the state Legislature have said they don't support changing the date.

"We live in a republic, and we live in one that has to have elections," Assembly Speaker Robin Vos, R-Rochester, said on a call with reporters Wednesday afternoon. "I support the decision to move forward. I know we can do it safely."

"We’re monitoring it very closely, but at this point I don’t see a change in the April 7 date," Fitzgerald said.

Vos and Fitzgerald also agreed they don't see a reason to transition the election to one done entirely by mail.

"We would have had to start to make that move months and months ago to educate the public that that's how voting is going to take place this time," Fitzgerald said.

Another federal lawsuit related to the April 7 election amid the coronavirus outbreak in Wisconsin has already been ruled upon.

Last week, federal judge William Conley ruled partly in favor of the Wisconsin Democratic Party and Democratic National Committee to extended online voter registration ahead of the election. Online registration ended on March 18. The state Elections Commission announced Wednesday afternoon online registration was back online. It will be available until 11:59 p.m. Monday.

Editor's note: This story was updated to include comments from Senate Majority Leader Scott Fitzgerald, Assembly Speaker Robin Vos, and Mayor Eric Genrich and to reflect that online voter registration was back online as of Wednesday afternoon.