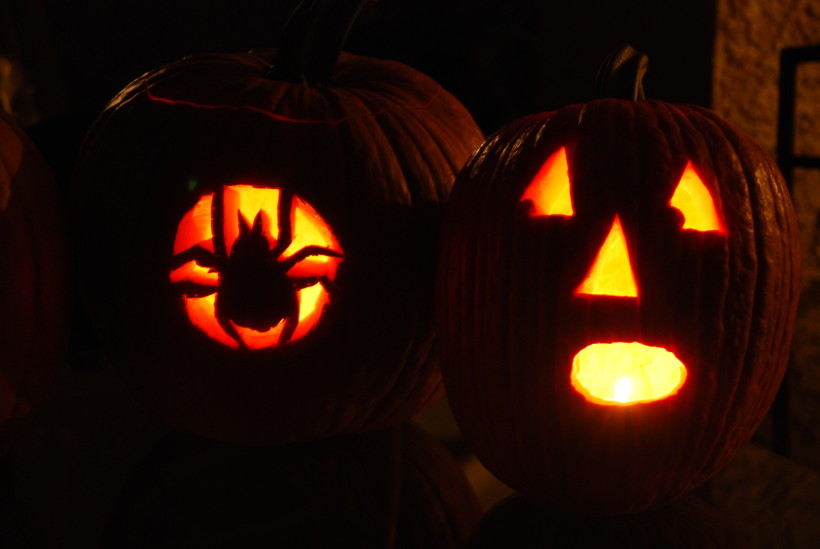 New Folk And Roots Music Releases For Your Halloween Playlist

Add Some Fun And Haunting Notes To Your Celebration
By Dan Robinson
Share:

Couldn’t we all use a little seasonal break right about now? Halloween comes at just the right time, with a few pretend frights to take our minds, if only for a moment, off the serious news of the day. Musicians are always coming out with new music appropriate for the holiday, so here are a few releases from the last year, suitable for your holiday playlist.

The video below is from a 2016 performance, but Gilbert included this song on his new album this year. On the back of the CD cover, Gilbert writes that the music on the disc is stylistically "all over the map," and that certainly is true. He displays his versatility here, with songs ranging from folk to swing to '70s R&B and beyond. Fortunately, he has the songwriting and musical chops to pull it all off well, as he’s been doing for almost 30 years stretched over 13 albums.

Along with his great skill, though, I love his sense of humor, which comes through on this track. As I listened, I thought of the old song, "The Monster Mash," but this one is much better musically, carried off with a greater sense of sophistication. Yes, that’s possible, even with a song about zombies!

"Haunted House" by Aaron Nathans and Michael G. Ronstadt, off their 2020 album "Shadow of the Cyclone"

While we’re tickling our funny bone, I’d recommend this humorous piece from Nathans and Ronstadt. This album just came out Oct. 1, and I really enjoyed their musicianship on it, with Nathans baritone voice and guitar a wonderful complement to Ronstadt’s cello. Much of the material on the album deals with serious subjects (even if with a light touch at times), but this track is a moment of levity in a serious world.

Here, we take a turn to the more serious, with a literally haunting story song of a man who dies young, then spends the next decades as a spirit watching over his lover, who eventually remarries and has a life with another man. Cronin’s album is strong, with a mostly country, but at times folk, sound to it. On this tune, she merges the two into a tale that has a modern feel and sound but also a spirit that reaches back into the ballad tradition of Europe.

"The Day Before November" by Vance Gilbert, off his 2020 album, "Good Good Man"

As I mentioned above, Gilbert’s latest album contains a wide range of styles and sounds, and on this track he shares a spoken word piece that celebrates both the joys and serious struggles of youth. The chorus celebrates the inclusivity of childhood at its best and the joy of anticipation for Halloween:

We were brown and tall, Jew and small

Black and broken, short and Christian

With teeth and hair in every direction

Halloween, and the chance to be something or someone we always wanted to be provides little Mikey Lundy with a momentary escape from an abusive home. But in the true spirit of the season, the tale provides a Halloween-ish ending that I won’t spoil for you here. Just listen:

"Phantasmagoria," by Aaron Nathans and Michael G. Ronstadt, off their 2020 album "Shadow of the Cyclone"

Finally, as I do with "Simply Folk" each Sunday, let’s go out with an instrumental. The nice thing about an instrumental is the images the piece conjures are up to the listener. Nathans and Ronstadt write in their liner notes for this track, "The title means dream or hallucination, a reference to the times we’re living in." In the context of Halloween, though, I prefer to think of the music as a seasonal respite from the times. Enjoy!