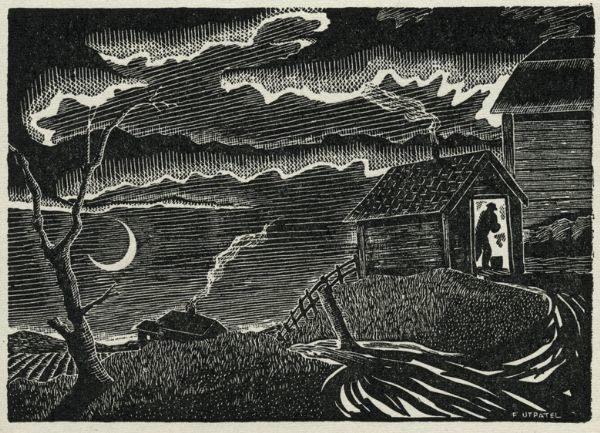 Woodcut image from artist Frank Utpatel used in Wisconsin: a Guide to the Badger State by the Federal Writers Project (1941).

Stories Were Preserved By Federal Writers' Program During 1930s
By Erika Janik
Share: 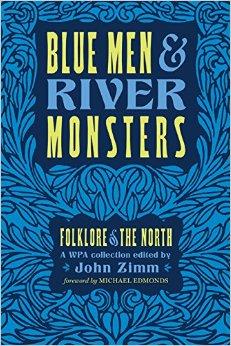 For today's writers, the Great Depression-era Federal Writers’ Program seems like an impossible dream. Writers paid by the government to collect and create stories?

The program not only existed, but it preserved many of the stories, legends, and traditional knowledge that would otherwise have disappeared if not for the Federal Writers’ Program. Some of the best of Wisconsin’s stories are collected in "Blue Men & River Monsters: Folklore of the North," edited by John Zimm and published by the Wisconsin Historical Society Press.

The Federal Writers’ Program was part of President Franklin D. Roosevelt’s New Deal reforms to help the nation manage and recover from the Great Depression.  At its height, the Federal Writers’ Project employed more than 6,000 unemployed writers, teachers, historians and other artists, both professionals and amateurs.

The program's Folklore Unit was specially charged with collecting “life histories.” In Wisconsin, a dynamo named Dorothy Miller (someone write a book about her) directed a staff that unearthed a massive collection of songs, folk tales, games, and superstitions of the state.

Zimm’s book features plenty of ghosts, monsters and other supernatural demons (as you might expect), but my favorite story concerns the very real John Muir. Mrs. D.H. Johnson, of Prairie du Chien, recounts seeing Muir’s alarm clock -- bed, which “would at any hour at which John might set it give an alarm, scratch a match, light a candle, light a fire in the stove, and finally tip the bed up so that the occupant would find himself on his feet” (81).

Why has this not become a common household gadget?

Other stories concern everyday life, from food customs and home remedies to observations like this: “Swiss women use spinach water to rinse their hair.” (A quick Web search revealed that spinach may make your hair grow faster … or thicker. Or maybe both.)

These might seem like trivial things but folk stories express culture, common identity, and tell us what people and communities value.

More importantly, though, they are just fun to read.