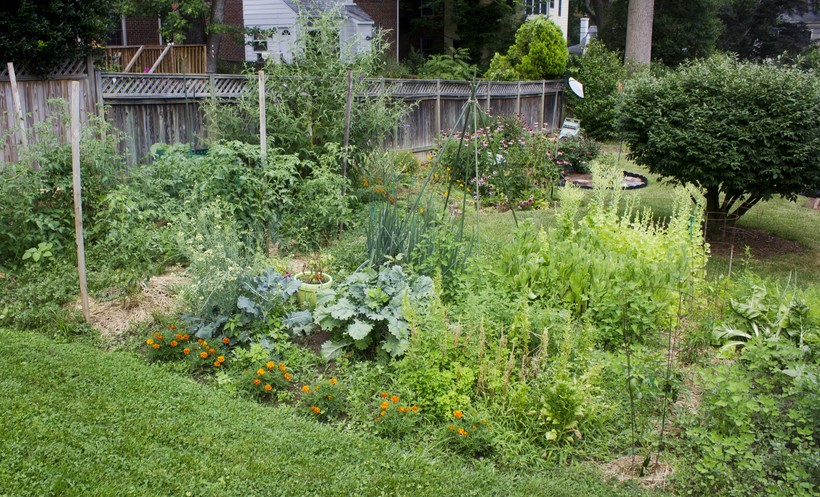 New Book Highlights Women Who Better Their Community Through Plants

Author: Gardening Is One Of The Great Common Grounds Across Cultures
By Mary Kate McCoy
Share:

During normal times, many find solace in the garden. During a pandemic, as we retreat to our homes, a garden can offer even greater comfort — a place to use your hands when you're unable to give loved ones a hug and an outlet to watch something grow when you can’t leave your home to do many of the things you once did.

Gardening, where people across time and cultures have turned to for food, beauty and medicine, is one of the great common grounds, said Jennifer Jewel, writer and host of North State Public Radio's "Cultivating Place."

And now, it’s more essential than ever, she said.

"To go out and put our hands on our plants or in the soil is this incredible human, physical and metaphysical connection that we who love it naturally understand it, and those who haven't yet been immersed, they now are feeling it and saying, 'OK, I get it,'" she said.

Horticulture can change the world, Jewel said. She recently released, "The Earth in Her Hands," a book that highlights 75 inspiring female horticulturists and the work they do to better their community through plants.

Below Jewel shared her thoughts on three of the women featured in her book. It has been lightly edited for brevity and clarity.

Bennett grew up in the Bay Area to an English mother and a Jamaican father and started Pine House Edible Gardens, which helps people design beautiful integrated but edible gardens around their home.

She's very interested in the ideas of cultural property and cultural literacy and how that is often an element that gardens are containers for. When you say the word garden, a certain image will often come to mind. And in the past 50 years or so, that image is often represented by a very slim margin of the community.

Mainstream media has become so focused on the visual, that gardens have a very affluent and tending towards white representation. And the fact is that everybody gardens, every culture over time and space has a gardening tradition.

For Leslie, it was important to try and reassert the importance of all kinds of gardening, not just one kind.

Penniman and her husband were both high school teachers, college educated with a young family and they were living by choice as a car-free family in Albany, New York. The neighborhood they were living in was a predominantly black and multi-racial neighborhood and there were very few places they could access fresh food and fresh produce in their neighborhood without taking multiple buses.

What they realized was if this was difficult for them to figure out, then it was almost impossible for those who had less educational and resource privilege than they had. In Penniman's mind, it was very clearly not a food desert, but it was food apartheid, part of the social and political structure.

So she and her husband started a farm and one of the first things they did was to offer reduced or at-cost CSA (community-supported agriculture) memberships to the community that they had lived in — delivering the food to about 350 households.

She also came to realize there was this incredible disconnect between what she felt, her great love of farming in the land and what most people in her African American community felt. She really changes the way we can all think about horticultural history and the role of different cultures within that history.

Shiva is a globally-known Indian advocate for ecological farming and gardening, and for the protection of seed as life and seed not to be patented.

In the late 1960s and '70s, farmers in her region were getting increasingly hobbled by the idea that if they planted these seeds that were patented and needed to be fertilized with synthetic fertilizers, they would see increased productivity. But what happened was these small farmers were losing their livelihood to large corporations who were selling them the seed and the fertilizer, while their soil health decreased.

Shiva took it on herself to change this conversation and protect the idea of heirloom open pollinated seeds and the rights of small farmers to care for their land in traditional ecological ways. She has been able to affect some really profound change at a public policy level across nations.

Gardening — and other work related to plants — touches many lives. We talk with our guests about linking gardening with the community.