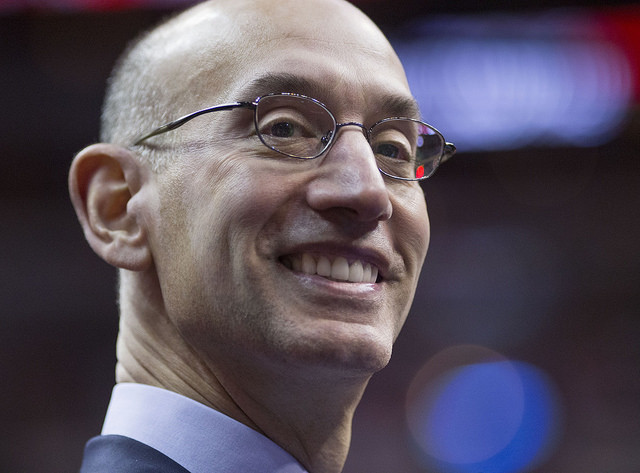 NBA Commissioner Adam Silver says that a new basketball arena in Milwaukee could be a catalyst for downtown development.

Silver met with entrepreneurs from Milwaukee and Madison in a closed-door gathering in Milwaukee on Tuesday. He later told the news media that he and Milwaukee Bucks co-owner Wes Edens promoted the benefits of a new arena that the NBA and Bucks want built to the group.

Silver said that in other cities, building an arena leads to more than just a basketball palace sprouting up.

“Arenas become anchor tenants for a complex that includes hotels and restaurants and movie theatres and residential housing,” Silver said.

Edens said the focus is still on securing a downtown Milwaukee site for the complex in the next month or so. He said that he hasn't met yet with Gov. Scott Walker about public dollars to help build the arena.