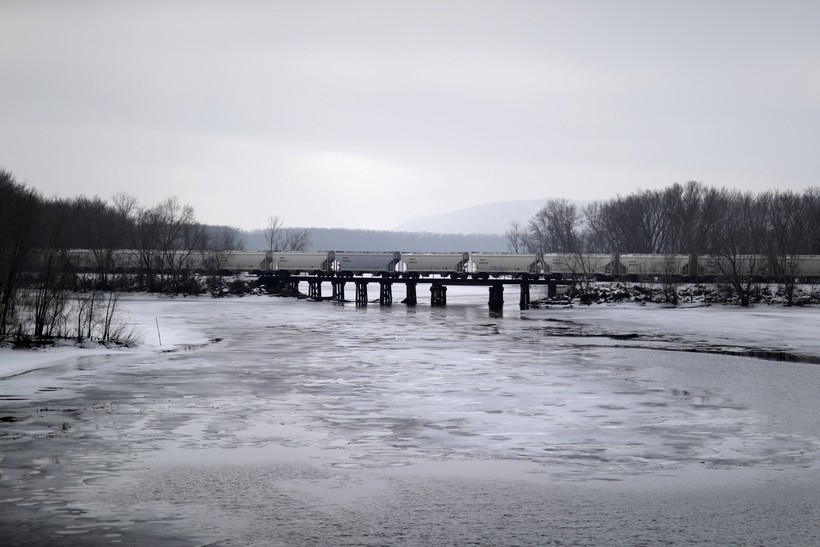 With elevated water levels and wet soils, National Weather Service officials say conditions are right for another year of significant spring flooding on the Mississippi River.

The agency’s annual Spring Flood Outlook reported a "well above normal" risk of flooding along the upper Mississippi River and some tributaries.

John Wetenkamp, service hydrologist at the National Weather Service’s La Crosse office, said water levels on the river are already above normal for this time of year, thanks to a record amount of precipitation in 2019.

"So any snowmelt or rainfall that falls, there really isn't a place for that to go," Wetenkamp said. "Also, there's an increased threat for the snowmelt to run off and for rainfall to runoff due to the very wet soil conditions that are in place across the region."

He said recent rainfall and snowmelt have already saturated the top few layers of soil, leaving no room for new precipitation.

Wet soils also contributed to flooding along the Mississippi River last spring, which ended up continuing through much of the summer.

Dan Tressoni is head of the city of La Crosse’s Parks and Recreation Department. He said the extended flood conditions took a major toll on Pettibone Park, located on an island in the Mississippi River.

"Most of the park was flooded from April through the middle of July last year," Tressoni said. "Even after the waters had receded, there was still a lot of the flood mud, we call it, and a lot of trash and debris."

Tressoni said the flooding caused significant damage to an electrical system at the park’s gazebo and around $20,000 in road repairs.

He said his department will try to mitigate the impact of flooding this year, especially in Pettibone Park and the city’s trail system through the river marsh. But Tressoni said they’ll have to wait and see if flood conditions are repeated this year.

Wetenkamp said there are some differences in current conditions compared to 2019.

"Right now, most of the snowpack that we're concerned with is in the headwaters of the Mississippi River and Wisconsin (River)," Wetenkamp said. "So we're seeing deeper snowpack across northern Minnesota and in northern Wisconsin, but locally, we don't have that."

But he said one disadvantage this year is the already high waters on the Mississippi River and in backwater areas.

Mary Stefanski from the U.S. Fish and Wildlife Service said the river around the La Crosse area is already at spring flood levels.

"We've been flooded all winter," said Stefanski, who manages the Winona District office for the Upper Mississippi River National Wildlife and Fish Refuge. "I've had many people tell me they've never seen this before in their lives."

Stefanski said the continued flood conditions are taking a real toll on wildlife in the area.

"It's hard on things like beaver. They can't establish their lodges because the flows are going up and down constantly," Stefanski said. "We're seeing them cutting down trees higher in the landscape. So they're looking out for higher places to get out of this flux in water."

Stefanski said ice anglers have also reported moving water in backwater areas of the river, something that will likely impact fish overwintering there.

And she said continued flood conditions will likely have a long-term impact on the floodplain forest that lines the river.

Stefanski said many trees are partially underwater and have had rings of ice formed and reformed around them.

"Our trees are getting girdled from the ice changing all the time and getting pushed against them," Stefanski said. "But also they haven't been out of water for months and trees just can't tolerate that much water. I think we're going to see a big die off of especially smaller trees and saplings."

Wetenkamp said conditions could change before the end of winter, with the potential of more snow or more consistent cold temperatures changing conditions.

He said major spring flooding could be avoided if precipitation remains low over the coming months and temperatures remain below freezing at night, leading to a slower snowmelt across the region.