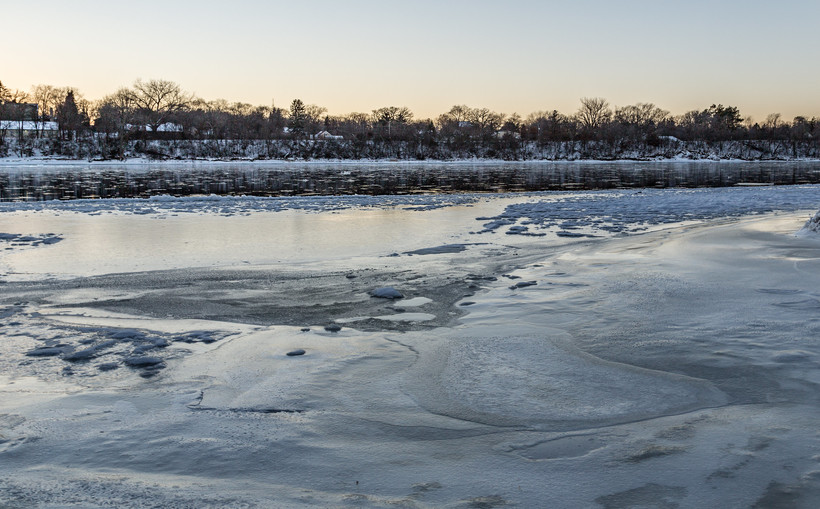 Wisconsin communities along the Mississippi River are bracing for potential flooding as recent swings in temperature exacerbate already high water.

The U.S. Army Corps of Engineers said ice jams forming on the river have increased the chance of localized flooding for cities from Trempeauleau County to Grant County.

Instead of river ice forming a single thick sheet, Dan Fasching, water manager for the Corps' St. Paul District, said temperature swings this winter have caused thin ice to form, break into small pieces and eventually accumulate into a kind of dam.

Fasching said the unfavorable ice conditions come as a historic amount of water continues to flow through the Mississippi River.

Last year, the Corps reported around 25.4 trillion gallons of water passed through Lock and Dam 10 in Guttenberg, Iowa, shattering the previous record high. High water has continued into January, when water is typically at the lowest level. Fasching said the current flow rate is at a level typically seen in May during spring flooding.

"This is unprecedented really. It's created a situation where these ice jams or ice dams are starting to build up water behind them and they’re effectively stealing (water level) control from our locks and dams," Fasching said.

The Corps uses the lock and dam system to control how much water flows down river. But Fasching said they've had to raise gates at two dams to allow water to pass through because of a major ice jam near Prairie du Chien. The Corps is also monitoring another ice jam near Winona, Minnesota.

"It doesn’t act like our man-made dams. It could pass water suddenly. It could crack," Fasching said. "The real concern is that it won’t dissipate quickly, that it will stick around, and we might get our normal spring melt-off and that ice jam will stick exist in the river."

Steve Buan is hydrologist-in-charge at the National Weather Service's North Central River Forecast Center. He said water levels on the Mississippi River will continue to rise and fall rapidly if current temperature swings continue. And he said residents living near the river should be on high alert.

"Flooding at this time of the year can be exceptionally dangerous for contact with the water. The water is probably 33 degrees," Buan said. "Ice can be very damaging with structures, so whether it be shore land structures with docks and boathouses or even if water and ice flows get further up into the landscape, roads, other buildings, even houses."

Buan said he expects to see high waters and unfavorable ice conditions for the rest of winter, especially if the region gets another period of below-zero temperatures. And he said spring will likely be challenging as well.

"There will be a pretty good spring flow even without any rain during the melt period just from that snow melt," Buan said. "The last five to 10 years ... we’ve seen wetter springs than what we typically have. And so until we get out of that climatic pattern to where we can dry out a little bit in the spring, we can expect the high flows to continue."