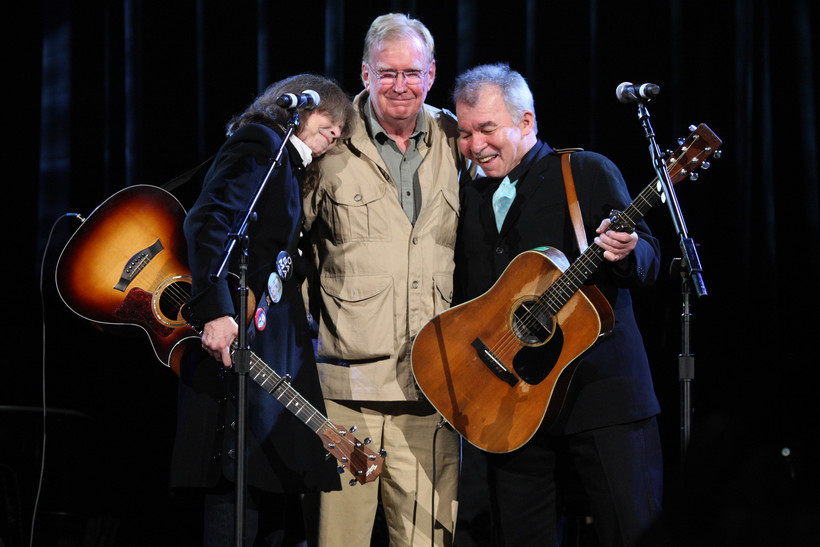 Musical Comfort Food Is Good For The Soul Right Now

Reflections On Nanci Griffith's 'Other Voices, Other Rooms'
By Dan Robinson
Share:

In this time of the coronavirus, social distancing, and economic hardships, a little comfort food is a welcome treat. And if it’s nutritious as well, all the better. The same works for music, too. A little comfort music with some substance in it can make a real difference. And like food, that music is usually songs we’ve enjoyed over the years.

I often find myself going back to Nanci Griffith’s "Other Voices, Other Rooms" album.

Released in 1993, Griffith recorded a series of songs written by artists who influenced her, like Bob Dylan, Kate Wolf, Woody Guthrie, Janis Ian, John Prine, Malvina Reynolds, and many others. The line-up of musicians who performed with her on the album was impressive, as well, including Prine himself, plus Iris DeMent, Emmylou Harris, and Guy Clark. The record was a huge success for Griffith and won the 1994 Grammy for best contemporary folk album.

A few of the album’s songs are below.

For me, however, the album was a revelation. Up until that point, I had played and enjoyed some folk music but didn’t have a good grasp on the cast of musicians and the legacy of folk music. Like a lot of people who came of age in the '70s and early '80s, I listened to more mainstream rock and pop music, even as I favored acoustic singer-songwriters like James Taylor and Jim Croce.

Then, around 1990 (I don’t remember the exact year), while doing some community organizing with farmers, I watched the Farm Aid concert on television and looked forward to hearing John Mellencamp play. Instead, I saw a woman I didn’t recognize take the stage, and when she sang "Trouble in the Fields," I was hooked. That was the first time I heard Nanci Griffith, and I became an instant fan.

Well, sort of an instant fan... I missed the introduction to her, so I didn’t know her name. And the internet wasn’t around back then to look it up, so it took me awhile to find out her name and to get my hands on one of her cassette tapes. (Yes, it was a long time ago ... cassette tapes and no internet!)

You know how sometimes, when you listen to an album, it takes a couple of times through it to get the feel of the music and to connect with the songs? With "Other Voices, Other Rooms," I loved the music from the get-go. And looking back now, I realize the album was a great education in folk music, too.

'Do Re Mi' Written By Woody Guthrie

Fast-forward to a couple of years ago, our two daughters were visiting us. The girls and I drove to Door County for the day, which is over an hour from our home, and in the midst of all the talking and catching up, we somehow started singing the entire "Other Voices, Other Rooms" album. From song to song, we remembered all the lyrics, although I confess, we may have gotten the order of the songs wrong!

That album not only was a feast for my ears and soul, it also fed my kids (including my son), and it helped launch me on a path that led to "Simply Folk." And now, during a pandemic, it still helps feed my soul. What’s the music that’s feeding your soul right now?