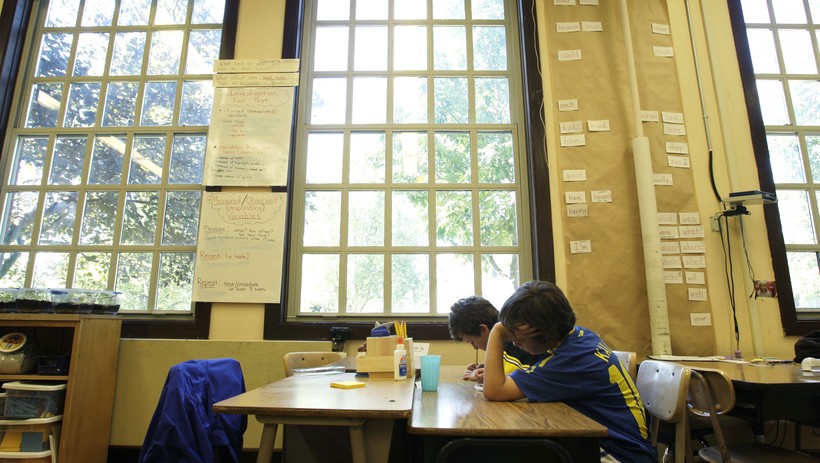 Lawmakers Debating Whether To Eliminate Or Halt Program In State Budget
By Rich Kremer
Share:

A growing number of school districts are voting to exceed revenue limits for energy efficiency projects, while state lawmakers seek a ban on the program that lets them do it.

The Revenue Limit Exemption for Energy Efficiencies program lets school boards vote to borrow money beyond revenue limits set by the state to pay for things such as new boilers or more efficient lighting. The idea behind the program is that energy efficiency upgrades will pay for themselves and help districts save money on utility costs.

Nearly twice as many districts have used the program this year than during the same timeframe in 2016.

The Revenue Limit Exemption for Energy Efficiencies program was created in 2009 and got little attention early on, according to research by the Wisconsin Taxpayers Alliance.

A number of companies that do energy efficiency contracting for schools have been reaching out to districts and suggesting their window to take advantage of the state program is closing, said Dan Rossmiller, director of government relations for the Wisconsin Association of School Boards.

"There has been concern on the part of school districts that if they had projects that they wanted to get done that they'd have to do them before that exemption was eliminated," Rossmiller said.

"The reason, I think, people are pushing for the exemption to be eliminated is that this does cause a local property tax increase and it's not something that is voted on the way a referendum would be voted on," Rossmiller said. "It's something that the board has the ability to do on their own by their vote rather than involving the voters of the district."

Opponents of the efficiency exemption say school boards are using it to raise local property taxes without giving voters a say.  According to the Wisconsin Taxpayers Alliance, districts spent $138 million above state revenue limits as of 2016.