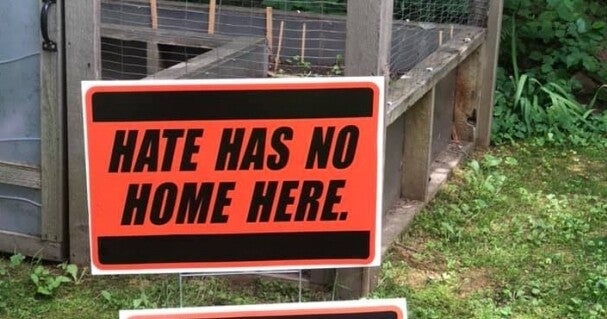 Dozens of Wisconsin groups have pledged to deal with racism as a public health crisis
By John Davis
Share:

A growing number of groups have signed on to a Wisconsin Public Health Association resolution to recognize racism as a public health crisis.

Endorsing the resolution means organizations are admitting to the role racism plays in public health outcomes like low birthweights for people of color in Wisconsin but also other areas, like housing and employment, that can contribute to inequitable health outcomes. It also encourages organizations to take action to eliminate racism in their practices.

"This is not a check-the-box initiative," said Robin Lankton, past president of the WPHA. "We need to get a mirror and have a hard look at ourselves and have some honest truths about the work that needs to be done."

That’s exactly what the WPHA has been doing since 2018, when it approved the resolution after realizing some of its policies and procedures weren’t fair to people of color.

Then George Floyd was murdered in Minneapolis in 2020. Following his death, interest in the initiative exploded. The latest count from last fall showed around 150 Wisconsin organizations have pledged to work on the issue of racism as a public heath matter.

"Sometimes, systems are keeping people down," Lankton said. "For white folks, I think it’s important to understand what are the ways that maybe systems have been unfair and how can we understand what it will take for everybody to have a fair shot."

Since signing on to the resolution, Lankton said health department in Milwaukee, Eau Claire and Wood Counties have worked to update hiring practices, so people of color feel more comfortable applying for public health jobs.

The Dane County organization Saving Our Babies, which is trying to improve Black birth outcomes, is one of the initiatives that is making progress.

"There’s screening during prenatal appointments. If the pregnant patient does not have access to certain resources like food, housing and transportation, they are connected with a community health worker who can help them navigate the community-based resources," Lankton said.

She said Dane County has worked to build trust in the Black community by holding listening sessions and making sure Black people are part of the care teams.

La Crosse County is taking a different approach to the issue.

Last year, the county board unanimously approved its own resolution recognizing racism as a public health crisis.

Now it's in the process of hiring a consultant to put into action the intent of that resolution.

"The reason we decided to go with a consultant rather than trying to do this internally is that we realize that this is a rather all-encompassing problem that stretches across our organization and our community," said Monica Kruse, county board chair.

"We felt we needed someone to come in from the outside, someone who has the birds-eye view of the organization and can come up with some transformative ideas we can implement."

Kruse said the county board is prepared for a long process to get at most of these issues.

"People of color for example have lower graduation rates, that’s not something you fix in a couple of months," she said.

"They have higher incarceration rates. They have much worse health outcomes. That’s not something you fix overnight."

"I have conversations with people who say, 'Oh, you know, there’s no racism in the city of La Crosse or La Crosse County,'" she said.

"I just hope we work on developing a more realistic attitude about these issues. I think it’s going to take all of us to work on improving conditions and making this a more equitable community."