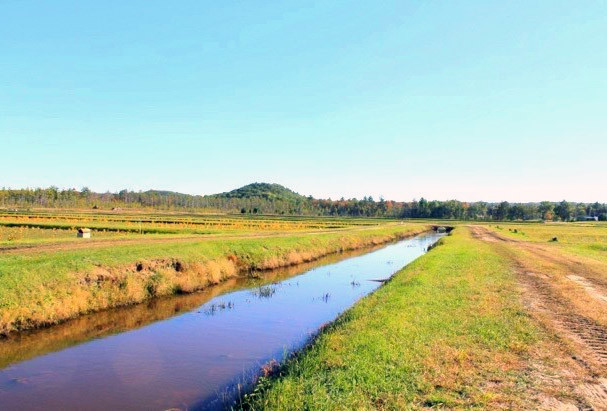 A Monroe County judge has denied attempts by a Georgia company to reinstate a permit to fill wetlands as part of plans to build a frac sand operation there.

Since 2015, Atlanta-based Meteor Timber has sought approval to build a $75 million frac sand processing and rail loading facility on property that includes a rare forested wetland. The DNR issued a permit to fill 16 acres of wetlands in 2017 despite objections from agency staff. The approval of the permit sparked an ongoing dispute involving the state, company, environmental groups and the Ho-Chunk Nation.

"We know that there is a need for economic development, but we're glad that at least this time it was balanced with also the need to protect the health and welfare of tribal members and our greater community," said Greendeer.

"This is definitely a case that's about wetlands and protecting from frac sand air and water pollution, but it's also very much about clean governments and transparent decision-making," said Peg Sheaffer, MEA spokesperson.

The Atlanta-based company had sought to have the permit reinstated after the Ho-Chunk Nation and environmental groups challenged the permit. An administrative law judge ruled in 2018 that the DNR improperly signed off on the wetlands fill because the agency lacked enough information to determine environmental impacts.

WPR previously obtained records showing DNR employees felt pressured to approve the permit in the midst of information they say was lacking on the company's plans for wetland mitigation. Meteor Timber planned to preserve more than 600 acres of wetlands as part of the project.

The company appealed the administrative law judge's decision to the Wisconsin DNR. DNR Secretary Preston Cole declined to review the matter, saying it was up to the courts to decide. The company subsequently took the agency to court over the permit.