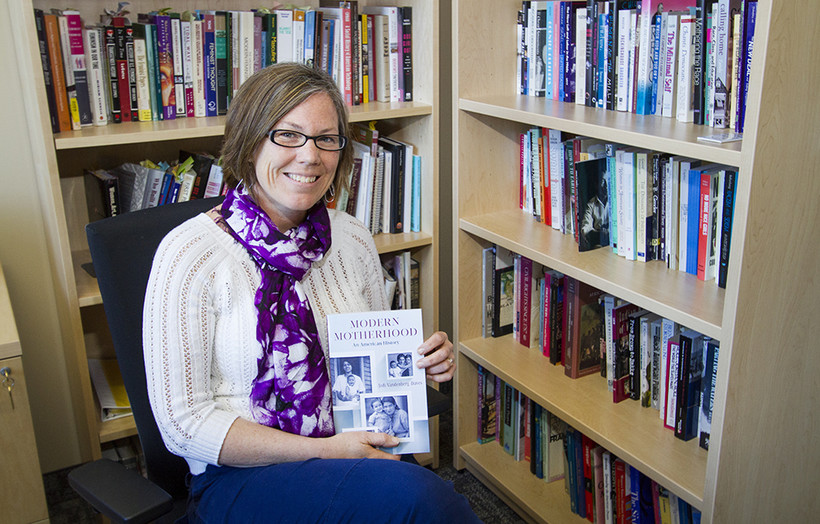 A UW-La Crosse professor has written what’s believed to be the first comprehensive history of being a mother in the United States. Jodi Vandenberg-Daves wrote Modern Motherhood: An American History in part to use in a class she teaches at UWL on the history of motherhood.

The book captures many of the changes in philosophy about what mother’s role should be in American society from Puritan times to modern life. The challenges of motherhood during slavery are also explored.

Many themes repeat themselves, such as family planning including birth control and abortion and women working both in and out of the home and the impact that has on children and men.

“What is even more remarkable to me is that we are refighting those battles today,” Vandenberg-Daves said. “Abortion, yes, that’s been controversial for a very long time, but the idea that even birth control is becoming controversial (again)?” she said.

Vandenberg-Daves says it was interesting to read the letters mothers sent to nurse and birth control advocate Margaret Sanger in the early 20th Century as she led the charge for women to have a right to birth control. In the letters, many women argued they couldn’t have more children because they couldn’t afford them and were afraid of losing their life during child birth and leaving behind motherless children. “Here we are nearly 100 years after she (Sanger) opened the first birth control clinic, and we’ve gone back to debating that question.” Vandenberg-Daves said.

The last 65 years of American motherhood have seen some of the most rapid differences in the way women approach motherhood because of demographic and ideological changes since the 1950s.

“Modern mothers are still enmeshed in an interesting culture that makes them a little crazed with an overflow of advice and information,” she said.

Even in the 1950s, when the percentage of stay-at-home moms was greater, women were insecure in the role of being mom, something Vandenberg-Daves says is still common in today’s society.

“One of the things I talk about in the book is the rise of expert advice which tended to make women constantly trying to keep up with the up-to-date advice, which is often conflicting, and then a consumer culture, which is constantly selling mother’s insecurity,” she said.

Vandenberg-Daves says technology is helping modern mothers. She says there’s now a blog for nearly every situation a mother finds herself in which helps makes women less isolated.

She hopes the book can start conversations about mothers and the role they’ve filled in history.