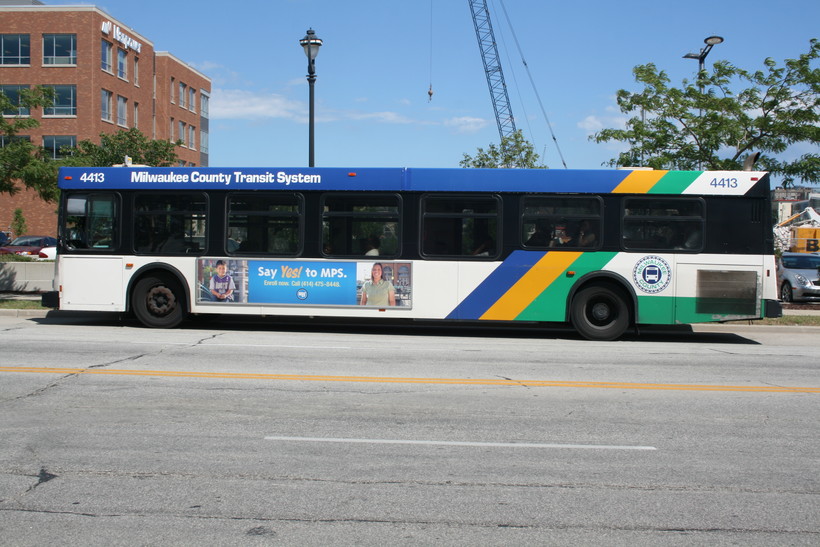 Report: About A Third Of Residents In Neighborhoods With High Unemployment Go Without Access To Personal Vehicle
By Ross Terrell
Share:

A new report from the Public Policy Forum shows limited public transit is a barrier to getting unemployed Milwaukee residents into growing job markets in the city's suburbs.

Some Milwaukee residents who rely on public transit to commute may still have to travel an additional three miles by bike, walking, etc. to their job after taking public transportation to the closest stop, according to the report.

Joe Peterangelo, who helped author the report and is a senior researcher at the Milwaukee-based Public Policy Forum, said one solution they're seeing in other cities is using vans instead of buses to improve the flexibility of routes.

"We're also seeing a lot of experimentation with transit systems partnering with ride hailing companies," he said. "Companies are partnering with Uber, Lyft, or taxi companies to provide just individual rides in those areas where we can't get enough ridership to rent a bus."

The cost of changing or adding transit routes to take people to and from the suburbs is small compared to the role new routes would play in helping people find jobs, Peterangelo said.

Job openings are increasing in the suburbs but the largest pool of available workers is in the city, said Kerry Thomas, executive director of Metro Go, a group that advocates for better transit in southeastern Wisconsin.

"Those jobs being in outlying areas, they are not served by transit or well served," Thomas said. "Because of the way that development happens, they're rather dispersed so it's not easy to serve them. They need different kinds of strategies for that to work."

The report also found there was a higher turnover rate for residents who rely on public transit and must cover the final distance to their job on their own to commute to the suburbs than those with a personal vehicle.