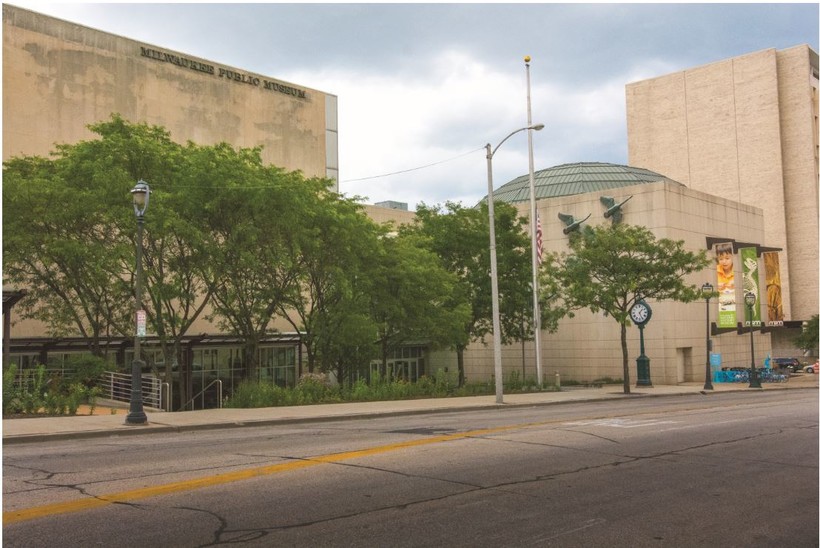 The Milwaukee Public Museum is one step closer to moving out of the county-owned building it has called home since 1963. Some said they're disappointed with decisions to move the museum to a new building instead of improving its current home, but its leader said the change is necessary.

On Tuesday, the Milwaukee County Board approved $45 million in borrowing for the project. The new building will tentatively open in 2026 although the museum said on Facebook that it will remain at its current location until the move. At that point, the museum will be renamed the Wisconsin Museum of Nature and Culture.

Ellen Censky, president and CEO of the museum, said although it's a Milwaukee fixture, its impact is felt beyond the city's borders.

"We hear from people across the state ... especially from rural areas coming here, it was the trip, the one trip they made to the big city, and it really, in many cases influenced many of them and what they wanted to do in their future," Censky said. "We consider ourselves not just Milwaukee's museum, but the state's museum of natural history."

Censky wants to live up to the institution's legacy of being cutting-edge, though she said "it won't be technology for technology's sake."

"That's what the community deserves, is to not just sit back on our legacy, but to push the envelope and go for what's the next best thing," Censky said. "We're building this museum for future generations, not for me. I'm the past generation. We need to be really looking to the future and making sure that we are creating things, creating a museum that future generations create their own nostalgia to."

Inclusivity and representation make up part of the plans.

"Our goal is to make sure that every child in this state feels welcome in this new facility, so that no matter where you come from, whether it's rural or urban, no matter what culture you're from, that you feel welcome," Censky said. "We just want to inspire kids."

But Censky said she understands the memories people have with the Museum's current building.

"There's a lot of nostalgia around this place and there's a lot of ownership, which is wonderful that people really own this museum and feel it is their museum," Censky said. "We want to make sure that carries forward."

Milwaukee resident Laura Liebl said she's been visiting the museum since she was a child.

"I love the museum and I hate to see it go, and I visit quite a lot," Liebl said. "I think the next time I go I'm bringing a 360 camera or doing whatever I can to document each and every nook and cranny of that place so I'll always remember it."

Liebl said she understands the need for change.

"I will probably check it out just to see what it's like," she said. "I'm not hopeful that I'm going to like it."

Censky said staying in the current building isn't a tenable option, though she noted the space is still safe to visit. She said the museum has had to dismantle exhibits to keep collections from getting destroyed, and that the space faces issues ranging from leaky roofs to foundational shifts.

"This building is now to the point where it can't be fixed, we can't stay in this location and fix it," Censky said. "It just would be too costly."

Censky also noted the importance of the new building in the grander scheme of the museum's reaccreditation process. The organization has to submit a report by next month to the American Alliance of Museums showing it's made progress on its plans. The Alliance delayed reaccreditation last year over significant problems with the current space.

According to MPM's website, a lack of accreditation would mean the museum would "no longer be able to host popular global traveling exhibits, apply for federal research grants, and receive loans of collections items from other museums to share with the community."

Groundbreaking on the new space, which will be shared with the Betty Brinn Children's Museum, is set for late 2023. The new building will be owned by the Wisconsin Museum of Nature and Culture Inc., a nonprofit that will take over operations from MPM Inc, which runs the museum now. The county will continue to own the current building and the Museum's collections, per the 1992 agreement that created MPM Inc.