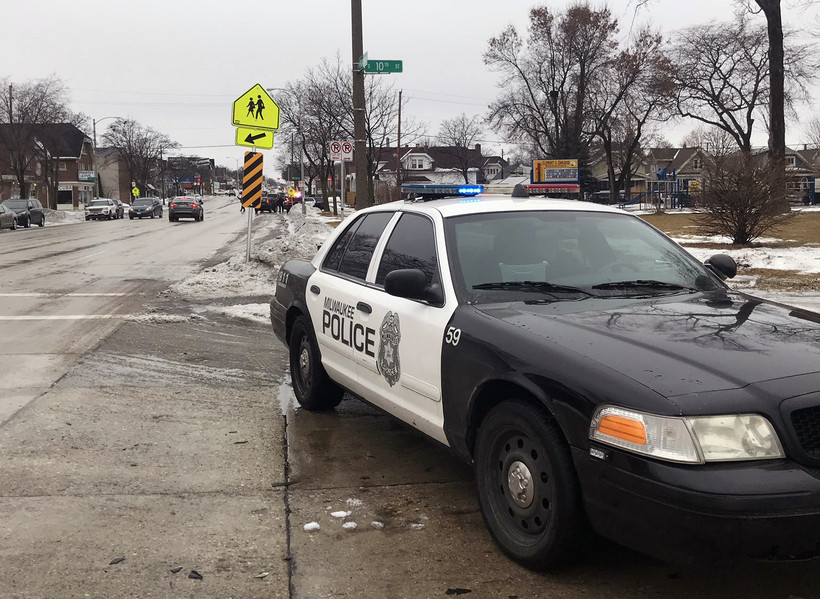 35-Year-Old Officer Had Been With Department For 17 Years
By WPR Staff and The Associated Press
Updated:
Wednesday, February 6, 2019, 4:05pm
Share:

A Milwaukee police officer was shot and killed Wednesday morning on the city's south side while executing a warrant.

Shots were fired at around 9:20 a.m. in the 2900 block of South 12th Street when the 35-year-old officer was hit, police said. The officer was taken to Froedtert Hospital where he died from his wounds.

The Milwaukee Police Department declined to identify the officer pending family notification, but said he was a 17-year veteran of the force.

During a Wednesday press conference, Milwaukee Mayor Tom Barrett expressed his frustration with the violence.

A 26-year-old Milwaukee man suspected of killing the officer is in police custody. Police wouldn't comment further on the suspect or the type of warrant the officer was serving at the time of the shooting.

"This officer was well loved by everyone in the department," Brunson said. "He was part of a tight-knit unit. He was highly trained. This is a tragic and impactful loss for us."

A woman named Valerie, who lives near the house where the shooting happened, said she was shoveling ice at around 9:40 a.m. when she saw an ambulance and several squad cars respond to the house where she said the suspect lives. Her husband is friends with the suspect's roommate. Valerie, who spoke to a WPR reporter while walking her golden retriever at around 11 a.m., didn't want to provide her last name.

Milwaukee firefighters and officers from the Marquette University Police Department were among the first responders. Following the press conference, dozens of law enforcement officers formed a processional on the freeway from Froedtert Hospital to the Milwaukee County Medical Examiner's Office in downtown Milwaukee where an autopsy will be completed Thursday.

This was the third time in eight months a Milwaukee officer was killed in the line of duty.

In July, 17-year department veteran Michael Michalski, 52, was shot and killed while responding to a call related to a suspect wanted on gun and drug charges. Jonathan Copeland Jr., 30, pleaded not guilty in August to the killing.

Officer Charles Irvine Jr., 23, died in June while he and another officer were pursing a suspect with a lengthy criminal record. The squad car crashed as they chased the suspect on the city's northwest side.

Brunson said losing three officers in eight months is a lot for the agency to bear.

"We are asking for prayers and support from all of the city," he said.