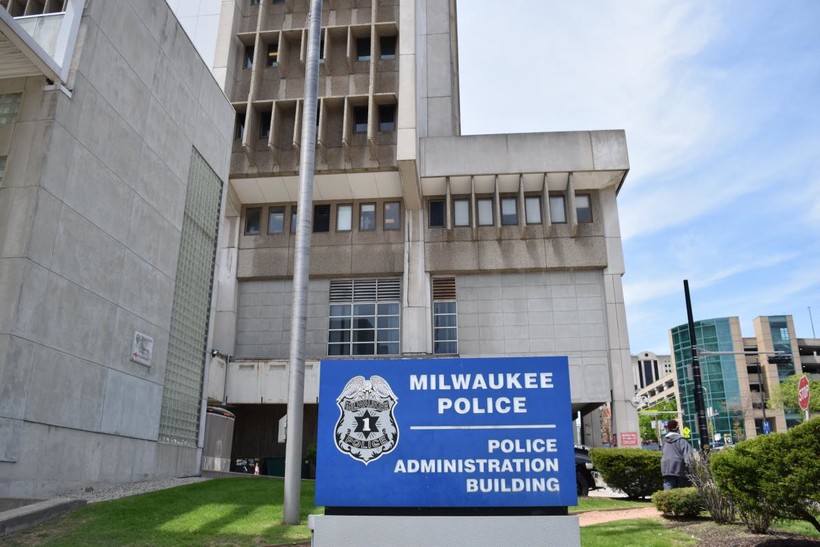 The Milwaukee Police Department has identified Michael Michalski, a 17-year department veteran, as the officer that was shot and killed Wednesday while responding to a call related to a suspect wanted on gun and drug charges.

Police Chief Alfonso Morales provided some additional details about Michalski and the suspect in question Thursday.

Michalski, 52 years old, had been assigned to the Special Investigations Division in the department, a unit tasked to addressing the city’s worst offenders, according to Morales. He described Michalski as an officer loved by everyone.

"He is the person you would want to cut out as a cookie cut and say this is what we want the Milwaukee Police Department to represent," Morales said.

Michalski was responding to a call related to Jonathan C. Copeland Jr., a convicted felon, who Morales said had extensive run-ins with the law as a juvenile and adult.

The department revealed Copeland was wanted for violation of parole, possession of a controlled substance and domestic violence related offenses.

Authorities say when officers found Copeland in a house, he opened fire and Michalski was seriously injured in the exchange.

Michalski was transferred to Froedtert Hospital where he subsequently died. Michalski is survived by his wife and three sons.

Morales said Copeland was taken into custody after it appears he ran out of ammunition.

The department confirms that no other officers or citizens were injured during the exchange — earlier reports mentioned a second injured individual.

"This is another tragic reminder of the stress that (officers) are under and the conditions they encounter, sometimes on a daily basis," said Milwaukee Mayor Tom Barrett.

Lawmakers and officials across the state have sent their condolences.

Gov. Scott Walker has ordered flags across the state to be flown at half-staff to honor Michalski.

Michalski is the second officer to die on the job in Milwaukee this summer. They are the city's first police deaths in more than 20 years.