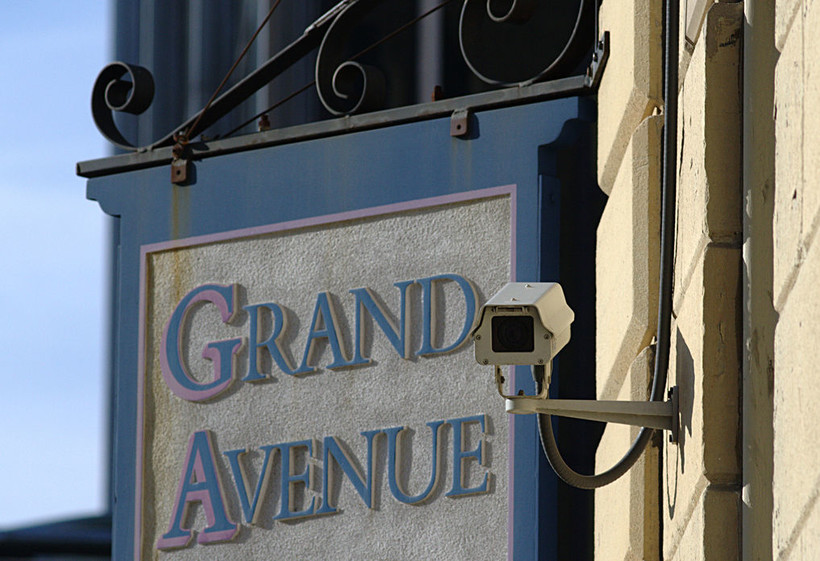 Milwaukee Plans To Put Up Hundreds Of Public Security Cameras

As many as 500 more surveillance cameras could go up in Milwaukee business districts under a plan city leaders announced Friday.

Milwaukee already has some security cameras along streets, including some in a higher crime area on the city's near south side.

Now Milwaukee will use a quarter million dollars in federal block grant money and confiscated cash and property from criminal cases in order to help put up cameras wanted by businesses and business districts. Firms and groups would have to qualify and make a co-pay of $1,200. City leaders say the cameras would be aimed at the public right of-way.

At a sidewalk news conference outside a bakery, Mayor Tom Barrett said he's not concerned about a loss of privacy.

“This is a public thoroughfare, and if we didn't have the cameras here, I would want police officers here,” Barrett said. “I want the people and the businesses in this neighborhood and all neighborhoods of this city to be safe, and I want criminals to know that we're looking for you.”

Milwaukee Police Chief Ed Flynn says in areas where the public has an expectation of privacy, his department will tilt toward that. He says he currently has enough staff to watch all the monitors, but eventually may have to assign more officers who are already otherwise unable to be on street patrol.