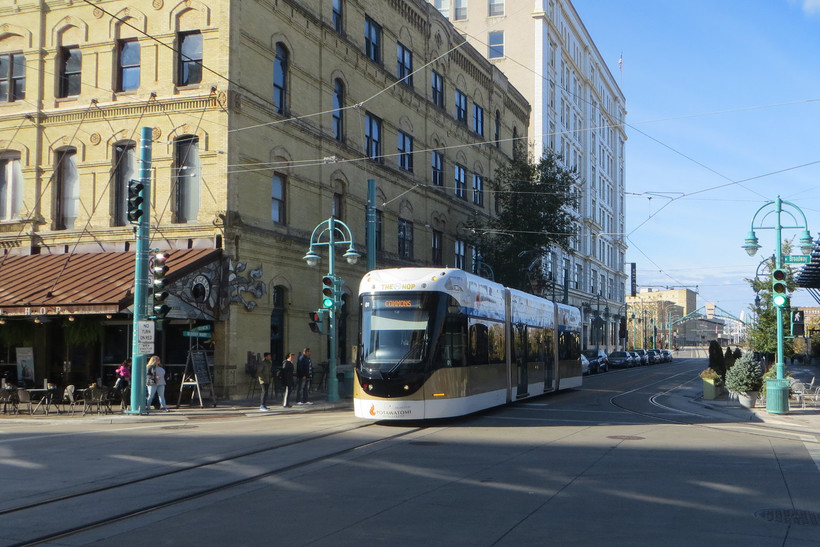 City Hoping Expansion Will Be Ready For 2020 DNC Convention
By Corrinne Hess
Share:

Barrett wants to add 2.4 miles to the 2.1-mile streetcar system known as The Hop. The expansion includes about a half-mile extension to Wisconsin Avenue, where convention facilities are located.

Extending the streetcar will give the city more leverage when it applies for federal transportation funds — something Milwaukee has been denied twice, Barrett said.

"We have to be competitive with cities like Denver, Seattle and Atlanta," Barrett said. "If we’re not growing, we’re dying. This is all about moving this city forward."

The plans must first be approved by the common council.

Barrett said the extension will be funded through the existing taxing district. It will cost $28 million to extend the streetcar to the convention center.

Barrett said over the last six months, people have been clamoring to have the streetcar extended to their neighborhoods.

"When I first started this, I went to Portland and they said this is going to be controversial — that was an understatement — but once you get it in the ground, then the debate is going to change to how quickly can you get this extended into my neighborhood," Barrett said.

After the half-mile expansion to the convention center, the city will begin studying expanding into Milwaukee’s Walker’s Point neighborhood, just south of the Historic Third Ward, and north into the city’s Bronzeville neighborhood.

"It makes no difference if you lay the tracks, if the community does not feel the benefit from the street car once it comes," said Alderwoman Milele Coggs, who represents the Bronzeville neighborhood. "I am hopeful enough of our colleagues will support this, and the community will support this as well. Coming down King Drive is just one step forward in getting the streetcar to continue to come north."

There was a reported glitch, so numbers were not released in February and March. Representatives for the streetcar did not immediately return emails Thursday regarding the most recent ridership numbers.

Not all city council members are excited at the possibility of the expansion. On Thursday, Alderman Bob Donovan, a long-time adversary of Barrett, released a statement saying the project was "expensive, ill-advised and premature."

The Badger Institute reviewed 15 real estate projects the city has said are being constructed or significantly renovated because of the streetcar. Fourteen of the 15 developers said The Hop did not influence their projects, according to the report.

Editor’s Note: The Associated Press contributed to this report.