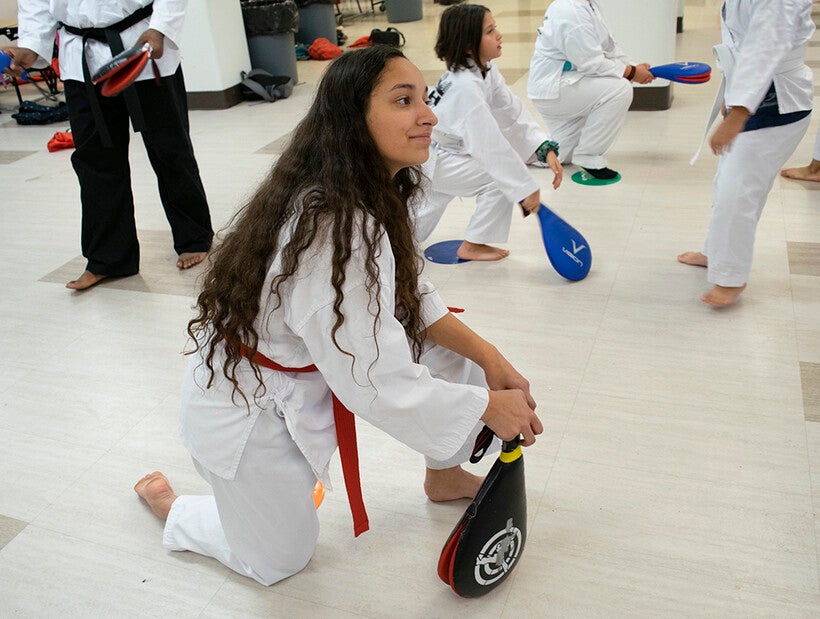 Yanelly Lopez, 15, will test for her high red belt in December and her black belt in June. Currently, she's employed by the same organization that taught her Taekwondo three years ago at Seeds of Health Elementary School in Milwaukee. Liz Dohms/WPR

Yanelly Lopez was quiet. Her voice hardly rose above the noise that filled the cafeteria.

The elementary and middle school students at Seeds of Health Elementary School in Milwaukee stood in jagged lines after school in the cafeteria, keeping their eyes focused on her, mirroring her taekwondo forms and straining to hear her call out the names of each move.

Yanelly, 15, is a student at Veritas High School in Milwaukee but attended Seeds of Health Elementary — which serves students in pre-K through eighth grade. It's where she first learned taekwondo as a sixth grader, and it's where she returns twice a week to assist J.K. Lee City Youth Martial Arts taekwondo instructors in delivering lessons to the white belts, or beginners.

She was one of the oldest students in the taekwondo club at Seeds of Health when she started three years ago, and Yanelly is the first, and only, to get hired by the nonprofit this fall and earn a paycheck for assisting the instructors.

"Yanelly is the top of our heap," said City Youth taekwondo instructor Gordon Merna, who earned his own black belt about 12 years ago. "She's at the pinnacle right now."

Taekwondo, a Korean martial art form, was introduced to students at Seeds of Health, a charter school through the University of Wisconsin-Milwaukee, four years ago through City Youth. As the nonprofit arm of the suburban Milwaukee-based JK Lee Blackbelt Academy, City Youth instructors are now in 11 schools, reaching more than 500 students in urban Milwaukee, said Mary Palmisano, executive director of City Youth. 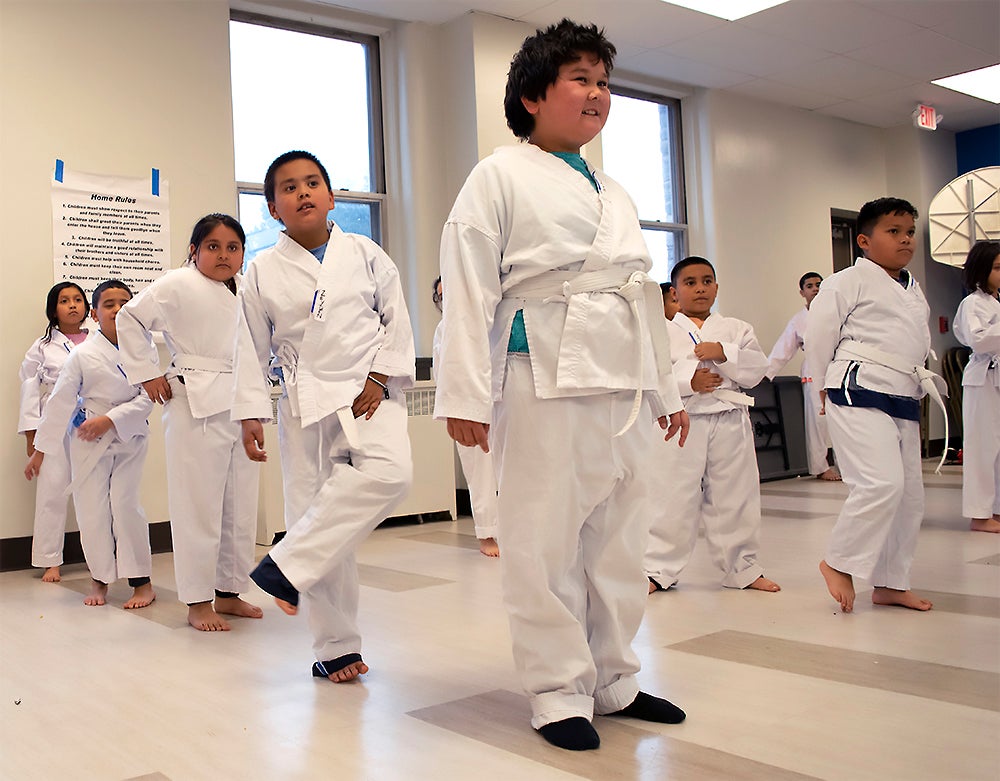 Jake Lee, front, stands with other taekwondo class members as they await commands from their instructors. Liz Dohms/WPR

Yanelly has already received her red belt, and she's trying out for her high red belt in December. If she achieves that milestone, she'll test for her black belt in June. Beginning students start out with white belts and progress to yellow, orange, green, blue, purple, brown and red before being eligible for their black belt test, which takes two days. Martial artists are tested on everything they've learned since the beginning of their training. 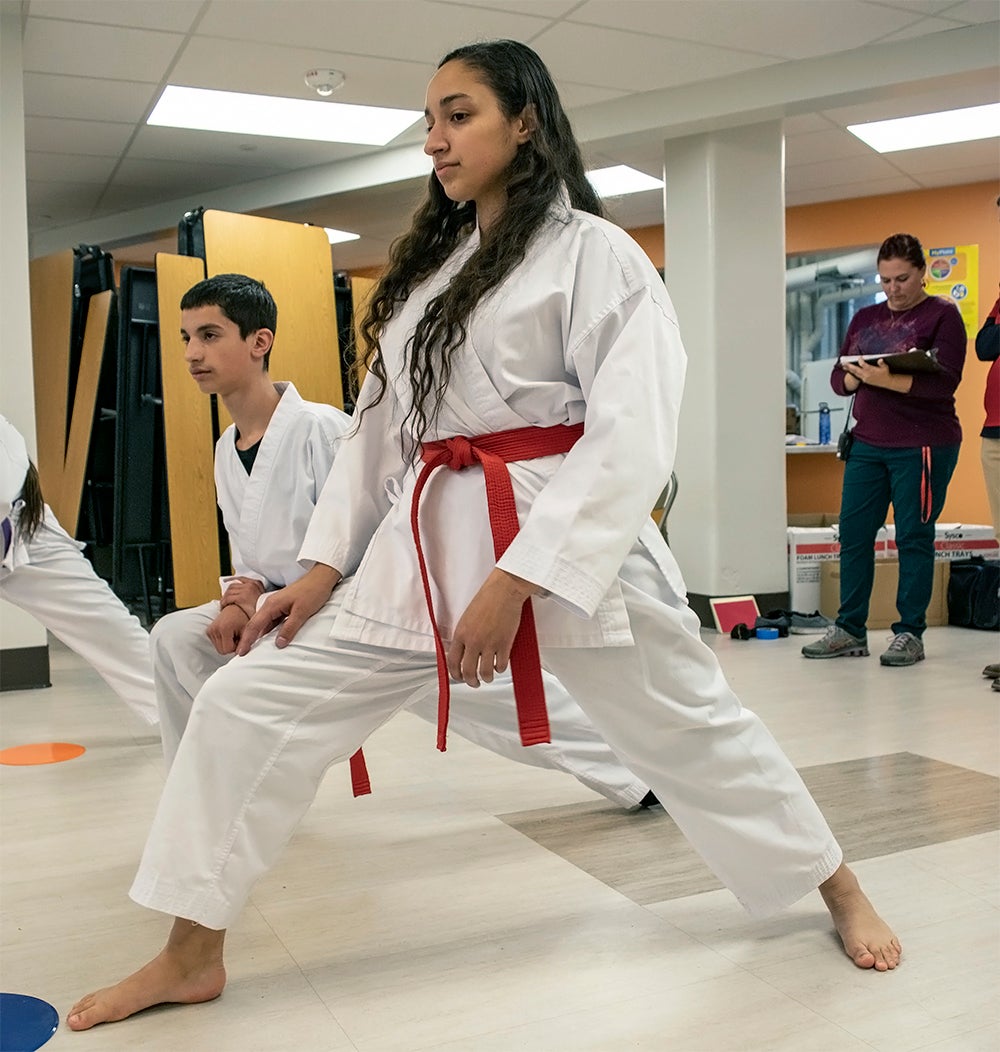 Yanelly Lopez holds a stance in front of a class of taekwondo learners in the cafeteria of Seeds of Health Elementary School in Milwaukee. Liz Dohms/WPR

It takes about three years to move up the rankings from a white to a black belt. Martial arts students can continue testing after that, though it often takes another three years to test for the next highest rank, a second-degree black belt.

While many junior black belts — those who receive black belts before turning 15 years old— come out of the JK Lee Blackbelt Academy, it's less common in the nonprofit City Youth after-school program like the one at Seeds of Health, Merna said. Any student in first through eighth grade can join the after-school club, and the cost to students is free.

The schools pay a nominal hourly fee to have the instructors on site, Palmisano said. Later this year, City Youth will work with the school's kindergartners during their gym class, which will enable them to earn their white belt early and potentially expand participation in the taekwondo club.

On this particular Wednesday afternoon in late-October, 40 students in white uniforms held together by white belts awaited guidance from Yanelly. She couldn't help feeling a bit nervous standing in front of them, but she steeled herself as she called out commands that they answered.

"Louder!" Merna yelled to her. Yanelly threw her head back and tittered, her way of admitting defeat. Though she has yet to master the kihap, or taekwondo's trademark yell, her progress has been noted by her teachers and instructors in numerous other ways. 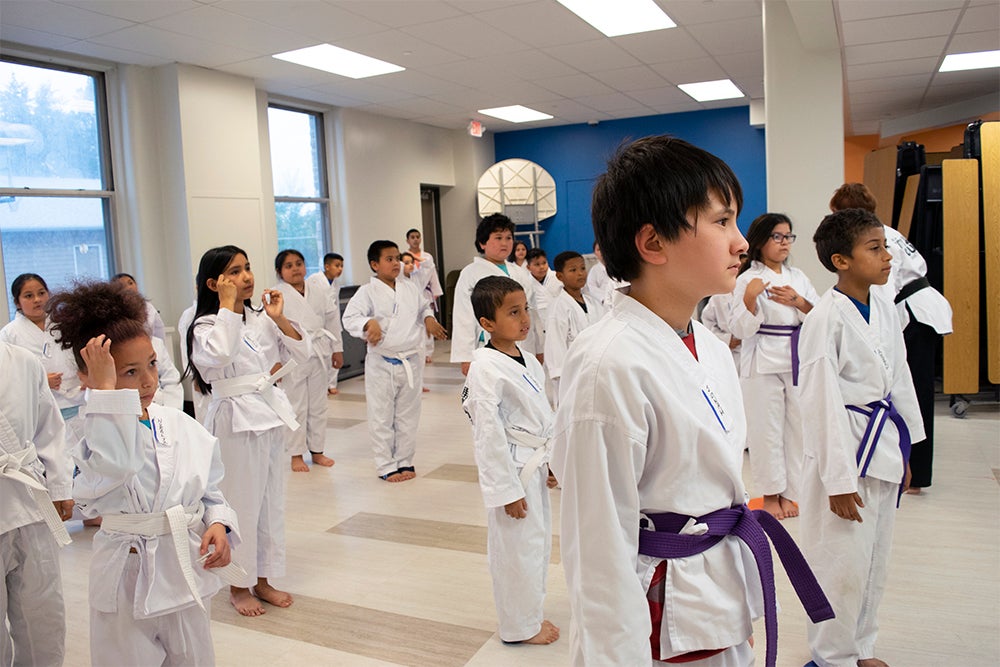 "I am proud of the work that Yanelly has put in with her taekwondo studies," Yurk said. "I believe this is providing her a confidence to take it to the next step in her life."

Yanelly embraces that confidence, claiming she would never have spoken publicly if she hadn't found her voice in taekwondo.

"In the beginning of class I was a little bit nervous, because (Merna) kind of put me in the spotlight, and that's not where my comfort zone is," Yanelly said. "But that's how he pushed me toward actually getting my confidence and that's how it all progressed. Speaking in front of people is just so much easier for me now."

She trusts her instincts.

And she's learned how to get along with everyone, even those with completely different personalities.

The students who are learning from Yanelly are well aware of her prowess, too.

"You can tell she aspired to be a red belt, and she likes spreading that to other people who aren't as experienced as her," 10-year-old purple belt Jonah Lee said in the cafeteria after taekwondo club ended. 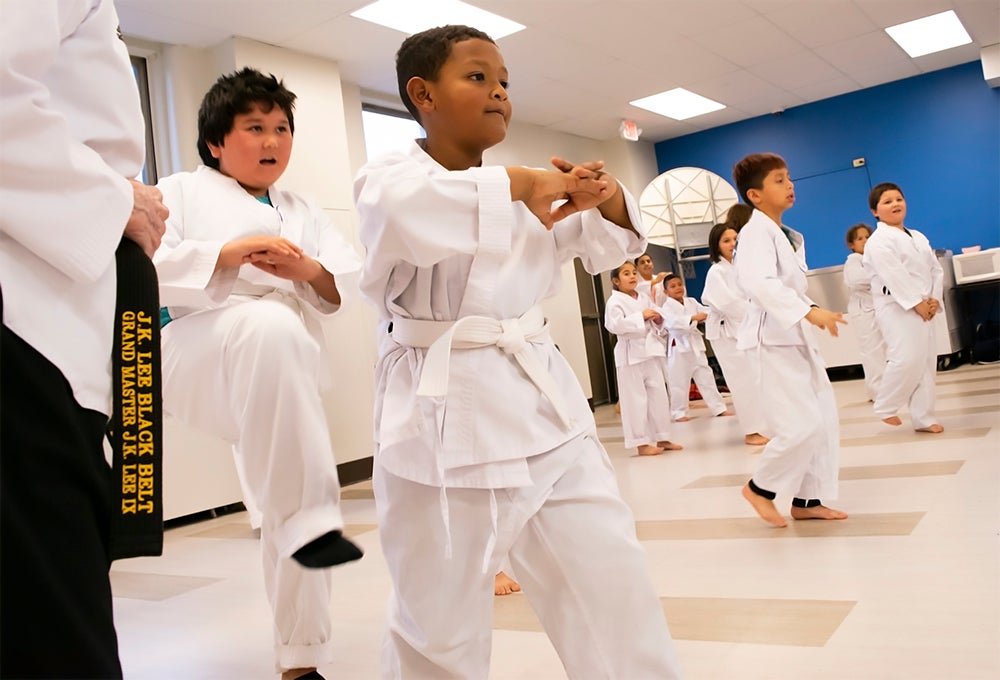 "She's actually really funny as a teacher, and she's kind of cool because she has a red belt," Jake said.

Yanelly said working with the students is like being with family, and she's developed close ties with them.

She doesn't do it for the paycheck, Yurk said. Rather, she is devoted to helping others, both Yurk and Palmisano noted.

"We thought she'd be a really good fit," Palmisano said of hiring Yanelly. "She comes and volunteers, she shows a lot of individual initiative, and as an employer, that's what we're looking for."

Yanelly hopes to put those earned dollars toward a degree in architecture or graphic design.

"It's fun," Yanelly said with a wide smile when asked why she has continued with taekwondo. "I mean, why not?" 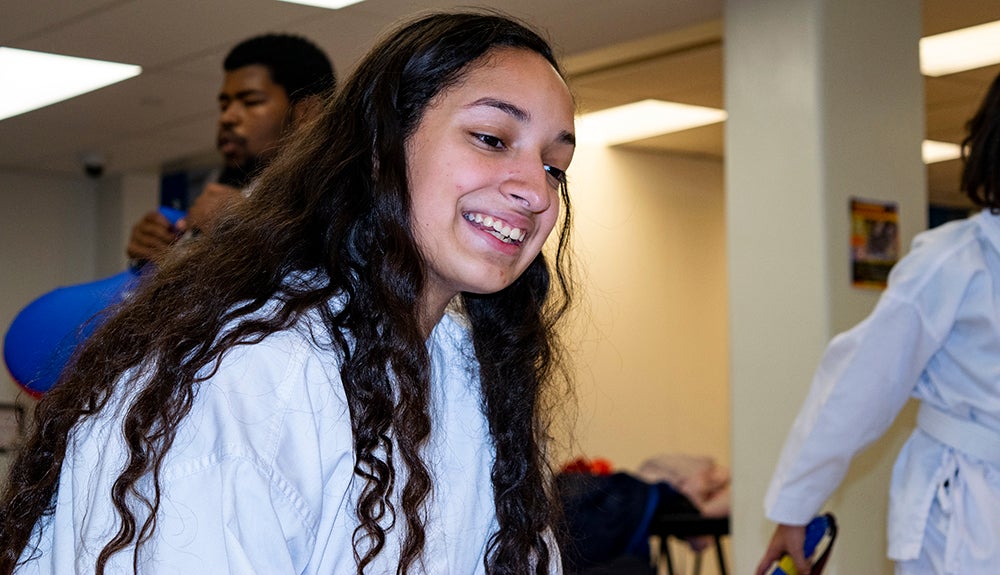