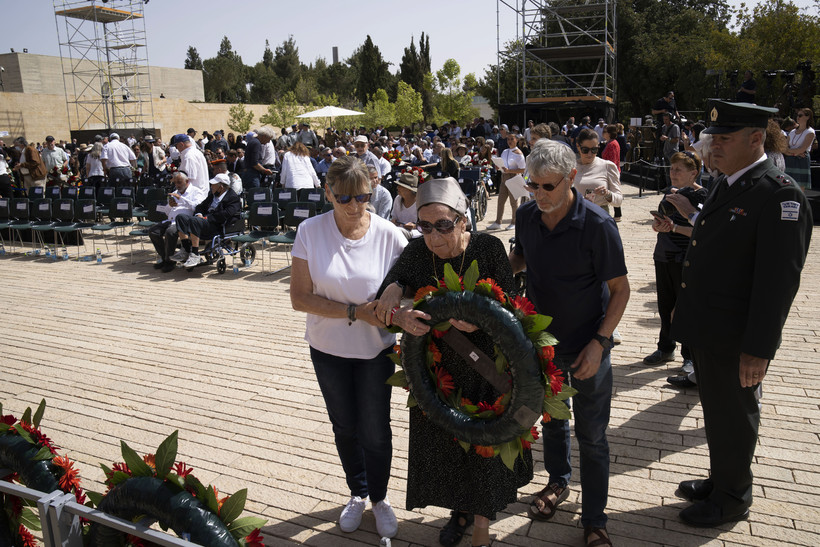 A holocaust survivor is assisted to place a wreath marking Holocaust Martyrs and Heroes Remembrance Day at the Yad Vashem Holocaust Museum in Jerusalem on April 28, 2022. AP Photo/Maya Alleruzzo

About 18 months after Wisconsin added a law requiring the state’s middle and high schools to teach the Holocaust and other genocides, a group that trains teachers on the topic has covered more than half of the state’s districts.

Samantha Abramson is executive director of the Holocaust Education Resource Center in Milwaukee. On Wisconsin Public Radio’s "The Morning Show," she said the center has trained teachers from 232 school districts and plans to cover the other nearly 200 districts this year.

"We physically drive to the different regions across the state," she said. "We are training teachers on best practices in Holocaust education, knowing full well that this content is so profoundly important for our students in Wisconsin — but also really, really complicated (and) really hard to teach."

In April 2021, Gov. Tony Evers signed into law a bill that requires public and charter schools, and private schools in the voucher program to include this teaching at least once between the fifth and eighth grades and at least once again in high school.

"The history and lessons of the Holocaust are being lost," the bipartisan bill’s sponsor, state Sen. Alberta Darling, R-River Hills, said in a statement last year. "Future generations must be taught about what happened to make sure it never happens again." 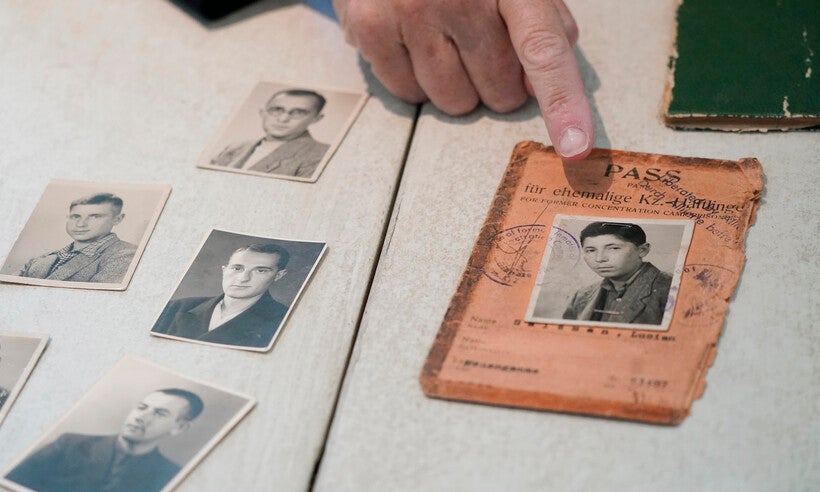 Anna Salton Eisen, daughter of Holocaust survivors, points to a photo of her father, George Lucius Salton, made along with another photo he saved after his internment in Nazi work camps, during an interview in Westlake, Texas Oct. 6, 2021. “Seeing the faces of all of them really brought the story to life,” said Eisen, who discovered the photos while moving her mother, Ruth Salton, 99, from Florida to the Dallas area. AP Photo/LM Otero

Abramson’s center, a program of the Milwaukee Jewish Federation, created the website TeachHolocaust.org. It contains more than 100 lesson plans. She said the center curated the lessons using information from trust sources, such as the U.S. Holocaust Memorial Museum in Washington D.C., Echoes & Reflections, and Facing History and Ourselves.

Abramson said administrators have told the center that teachers are feeling more equipped and confident to teach lessons on the Holocaust after receiving guidance. Genocide is a challenging topic to cover. But Abramson says it's vitally important for teachers to get right.

"They’re helping train the next generation of leaders who are going to help us prevent future genocides," she said.

Lesson plans vary by the intended audience and age of children. Abramson said these lessons shouldn’t traumatize or shock students or give them nightmares at night. Most of the center’s curricula don’t feature graphic images.

She said students should develop compassion for fellow human beings. For example, a fifth grader will focus more on building empathy. They’ll learn from primary sources. So will high schoolers, but she said students those ages will ask more complicated questions, such as what was the role of bystanders during the Holocaust? What should the U.S. have done differently?

This learning in schools could counter an increasing threat facing younger generations — neo-Nazism, white supremacy and other hate speech on social media.

While each genocide is unique and one shouldn’t be equated to another, Abramson said learning about the Holocaust can teach students more broadly about anti-Semitism, racism, bullying, public indifference and bureaucratic red tape in immigration.

"Yes, there are connections to be made between history and today," she said.

Educators hope the learning continues once students leave school. Abramson said parents and guardians should check in with students and help them make connections with the present day.

Abramson wants the Holocaust to remain a central part of students’ learning because of what she believes could happen if it fades away with history.

History of the Holocaust now required for all Wisconsin students 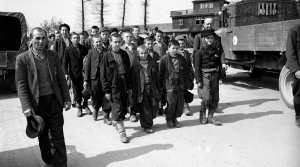 Starting this fall, all K-12 students will be required to be taught about the Holocaust perpetrated by Nazi Germany. The unfunded educational mandate is supported by the Milwaukee-based Nathan and Esther Pelz Holocaust Education Resource Center. We talk to the executive director of the organization.