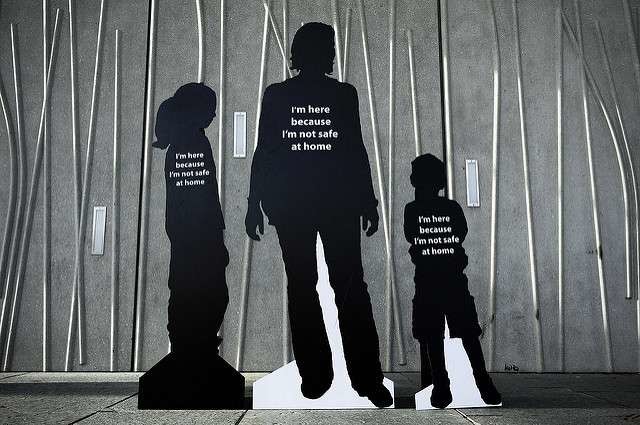 Statewide, Nearly 90 Percent Of Requests From Domestic Violence Victims Is For Housing
By Corrinne Hess
Share:

A Milwaukee County supervisor and domestic violence survivor has added $100,000 to the 2020 county budget to provide temporary housing for people exiting abusive environments.

"As a mother and someone who went through it, I wanted to always make sure my children had a home over their head," Taylor said. "This is a safety net for these women and could probably save lives."

On June 26, Sonya Collins was shot and killed in Milwaukee while protecting her daughter from an abusive boyfriend, authorities say.

Oshonti Cannady, the 21-year-old man accused of killing Collins, is scheduled for trial this month.

Taylor said when she was in an abusive relationship, her children were 1 and 2 years old. She said when she heard Collins’ story, she thought about how that could have been her.

Taylor said at one point, her abuser pointed a gun at her.

"He told me he had thoughts of killing me," she said. "One of the reasons I did stay was he was the main breadwinner. I had no place to go."

Taylor said a lot of times domestic violence victims don’t want to go to a shelter, because they are already experiencing trauma.

"Having a place where you can call yours, even if it is a transition, it helps to start the healing process," Taylor said.

Every year the National Network to End Domestic Violence does a point in time census. On a single day in 2017, there were 11,444 unmet needs for service. Of those people 65 percent were in need of housing, said Abby Swetz, policy and systems analyst at End Domestic Abuse Wisconsin.

In Wisconsin, the numbers are even higher.

Swetz said 87 percent of requests from domestic violence victims are for housing help.

"In Wisconsin there is a pretty significant shortage in low income housing," said Swetz. "In rural areas it is hard to find housing for rent versus ownership, and in urban areas there is not a lot of housing for low income people."

Swetz said even when there is available housing, there needs to be extra protection available.

"There are so many barriers for survivors needed to rebuild a life," she said. "When we talk about domestic violence, we are not only talking about physical abuse. Quite a lot of abuse has to do with financial dynamics, which just creates a cycle that makes it very difficult to get back on your feet."

The county money will provide a safe house in Milwaukee for victims and their children. The county Housing Division will submit a plan to the county board by March 2020 with more details, Taylor said.

Last week, the county Finance Committee approved Taylor’s recommendation and the full county board will vote on the proposal Tuesday, Nov. 12.