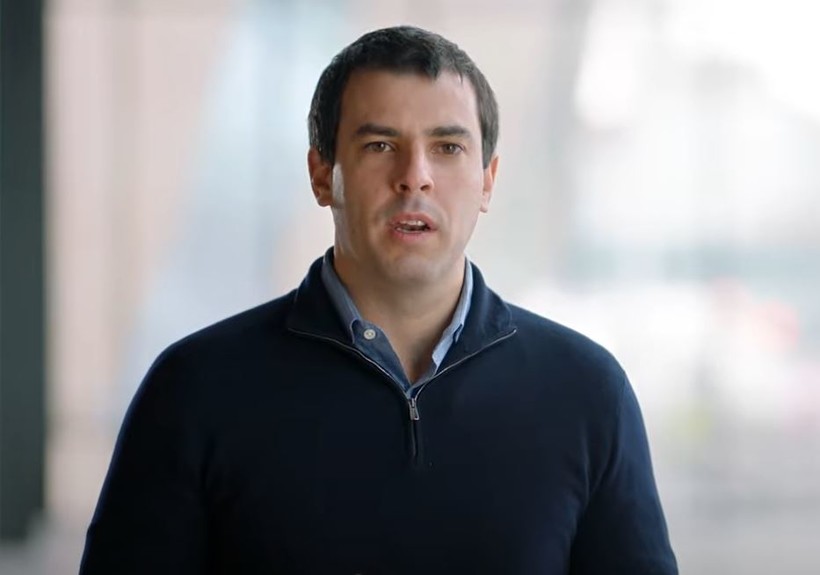 Lasry, 33, is a senior vice president with the Bucks and the son of team co-owner Marc Lasry.

In an interview Wednesday, Lasry said his experience running the organization would help him stand out and connect with voters. He said that included paying workers at least $15 per hour, creating union jobs and leading the Bucks' racial and social justice efforts.

"I think the way we're going to differentiate ourselves is on our ideas and on my results," he said.

The video featured pictures of Lasry marching with demonstrators in the wake of the police shooting of Jacob Blake, a Black man, in Kenosha last summer.

Lasry said he got his start in politics working for former President Barack Obama's administration, where he was an aide to presidential adviser Valerie Jarrett.

"That really sparked my passion," Lasry said. "And made me see what you can do through government and being able to have a meaningful impact on people's lives."

While Johnson has yet to say whether he plans to seek a third term in the Senate, he hasn't ruled it out, and no other Republican has stepped forward to challenge the senator.

Lasry said Johnson hasn't represented Wisconsin voters when it comes to issues like COVID-19 relief or a $15 minimum wage.

"For the last 10 years, we've had a senator who hasn't been representing Wisconsin and has been more pedaling in lies and conspiracy theories," he said.

Johnson issued a brief written statement Wednesday criticizing Lasry for recently getting vaccinated for COVID-19 at a time when the vaccine is in short supply, and the state is still prioritizing older residents.

"33-year-old New Yorker Alex Lasry is the kind of guy who used his wealth and connections to cut the line to get a COVID shot before more vulnerable Wisconsinites," Johnson said in the statement. "What more do you need to know about him?"

Lasry has said he got the vaccine by pure happenstance when his wife got a call from her uncle who works in a facility where vaccines were being provided and doses were going to go to waste if not used right away.

"Everyone says we can't let shots go to waste," Lasry said. "In the moment, I made a decision to protect my wife and my daughter, and ensure that a shot didn't go to waste."

"I welcome Alex Lasry to the race as we all stand united to beat Ron Johnson," Nelson tweeted Wednesday. "I don’t think anyone should buy a Senate seat. I challenge Alex or any candidate including Johnson to not 'invest' their own money or their family's in their campaign. Wis. looks forward to his response."

Lasry's father, Marc, is a hedge fund manager whose wealth was recently estimated at $1.8 billion by Forbes. But Alex Lasry said his focus would be on building grassroots support for his race.

"I'm not self-funding this race," Lasry said. "I think what I will do is I will invest in my campaign. But most importantly, what we're going to do is build this from the ground up."

Other Democrats said to be mulling a run for U.S. Senate include Lt. Gov. Mandela Barnes and Wisconsin Treasurer Sarah Godlewski.

Jessica Taylor, the U.S. Senate editor for the Cook Political Report, said Johnson will be the most vulnerable incumbent Republican if he decides to run again in 2022.

"He is the only Republican incumbent that is running for reelection in a state that voted for the opposite party presidential candidate," Taylor said. "But he also defied gravity in 2016 when many in D.C., including many Republican strategists, had written him off."

Taylor said Lasry brings name recognition and money to the race, but she said it's too soon to name a Democratic front-runner.

"It's just too early to tell because there are a lot of other people who are looking at this race," Taylor said. "Certainly, getting in now, he is setting down a marker."

Johnson originally promised to limit himself to no more than two terms in the Senate but recently softened that stance, opening the door to running for a third term in 2022.