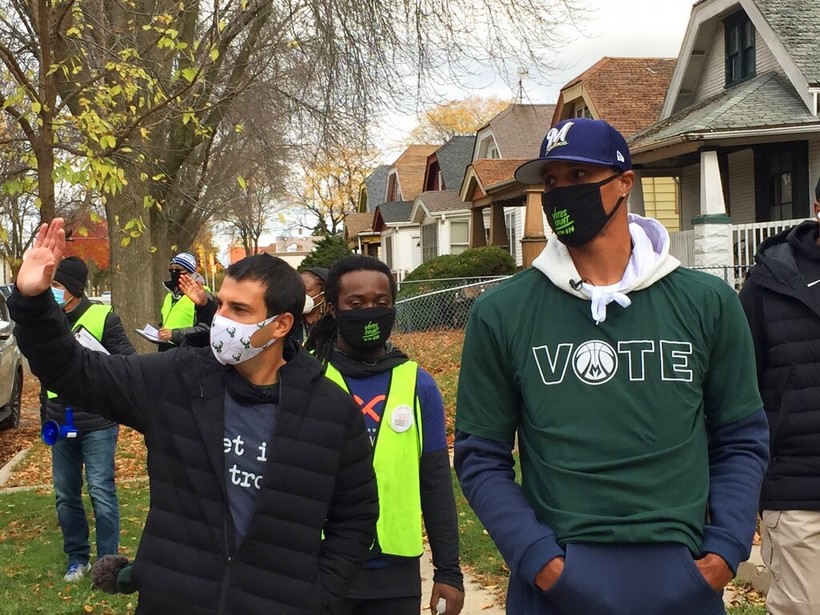 Milwaukee Bucks executive Alex Lasry said getting vaccinated against COVID-19 this week was "pure happenstance," and that he received a dose that would otherwise have gone to waste.

The wealthy 33-year-old son of hedge fund manager and Bucks co-owner Marc Lasry is not a health care worker, first responder or long-term care resident, and he's not over 65. That means he's not eligible under state guidelines to receive the vaccine yet.

To some critics, the fact that he received his vaccine before millions of others looks like a sign that the well-connected are finding ways to get around the state's protocols.

But the Pfizer vaccine that the state has received in limited qualities requires ultra-cold storage, and once it's taken out of that storage, vaccinators have a limited time to administer the doses. If there are no-shows or other logistical challenges, keeping strictly to the eligibility guidelines could mean wasting vaccine.

That's the situation Lasry said a Milwaukee senior living center was facing this week when they called his wife.

"My wife got a call from her uncle (who) works in a facility that had extra doses that were going to go to waste if not used right away," Lasry wrote on Twitter. "With Lauren early in her pregnancy, we wanted to ensure our home, and our entire community is safe for everyone."

Lasry told the Milwaukee Journal Sentinel that his wife declined the vaccine, which hasn't been studied in pregnant women.

Lasry, the senior vice president for the Bucks, is also considering a 2022 run for U.S. Senate as a Democrat. He served as Democratic National Convention host committee finance chair for the 2020 convention, which was held mostly virtually due to the pandemic.

Asked to comment on Lasry's vaccination Friday morning in a Department of Health Services call, Gov. Tony Evers said he didn't know the circumstances, but said it's better that shots be used than go to waste. But he added that he himself has not been vaccinated. Evers is 69.

"I personally, and my wife, have not jumped the line," Evers said. "We're still waiting for our primary care physician to give us a call, and we'll go at that time."

Wisconsin has administered 476,854 doses of COVID-19 vaccine as of Friday, DHS Deputy Secretary Julie Willems Van Dijk said on the call. Of those, 91,058 were second doses, meaning those people are fully vaccinated against the disease.

But supply of the vaccine is much lower than demand for it, and in the past week, Wisconsin received less of its federal allocation than requested. Nationally, early data has shown broad racial disparities in who is getting the shots.

However, Willems Van Dijk noted that all of Wisconsin's vaccinators sign agreements pledging to abide by the state's prioritization categories.

"They know who they are supposed to vaccinate," Willems Van Dijk said. "If they perpetually violate those recommendations, we talk with them. And if they would continue to do that, we have the option of not giving them more vaccine."

The DHS this week finalized guidance on the next groups to which the vaccine will be administered. Beginning March 1, tentatively, teachers, grocery store workers, public transit drivers and other essential workers will be eligible for the shot. But health officials warn that available vaccine supply will continue to be the key limiting factor in distributing vaccines for months to come.