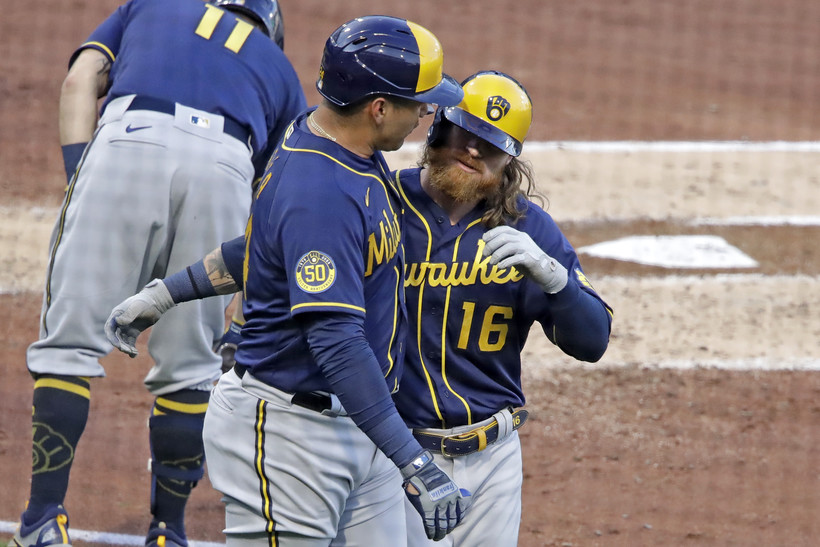 Opening day at Miller Park has been postponed.

The Milwaukee Brewers were set to host the St. Louis Cardinals for a three-game home series beginning Friday. Friday’s game has been postponed after two members of the Cardinals tested positive for COVID-19, according to Major League Baseball.

"We are supportive of Major League Baseball’s decision to postpone today’s game and look forward to playing our home opener as soon as conditions safely allow," Brewers General Manager David Stearns said in a statement. "The health and safety of our players and employees are, and will continue to be, our top priorities."

Saturday's game is still set to take place as scheduled. It's start time is 6:10 p.m. Friday's game has been rescheduled for Sunday as part of a doubleheader. In a statement, the league said these moves will allow for enough time to conduct additional testing and contact tracing.

The Cardinals learned two players tested positive for the virus on Thursday night, according to the team. The tests were conducted Wednesday before the team played the Minnesota Twins. The Cardinals are quarantining at their hotel in Milwaukee, and they did not travel to Miller Park Friday morning, the team said in a statement.

The Brewers have partnered with the Medical College of Wisconsin to have the Cardinals players tested for COVID-19, owner Mark Attanasio said at a Friday news conference. He feels comfortable hosting games at Miller Park this weekend, he said.

"We're all committed, I believe — and I've talked to a number of players today — to finishing the season," he said. 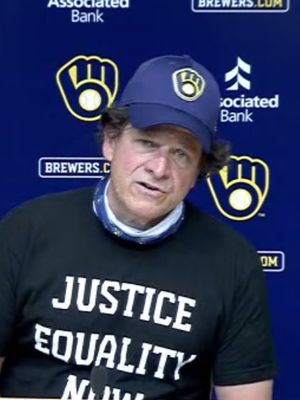 Milwaukee Brewers owner Mark Attanasio held a news conference Friday, July 31, 2020, over Zoom. His shirt read: "JUSTICE EQUALITY NOW." He said the team was planning to wear the shirts before Friday's game, which has been postponed due to the coronavirus. Megan Hart/WPR

The team is taking every precaution to ensure the safety of players and staff, but luck is also a factor when it comes to preventing the spread of the virus, he said.

The postponement is another blow for Major League Baseball, which opened its abbreviated 2020 season last week. Since games began, nearly 20 players from the Miami Marlins have already tested positive for the virus. Their games have been postponed through at least Sunday.

On Thursday, the Philadelphia Phillies closed their ballpark after two staff members tested positive for the virus, and their weekend series against the Toronto Blue Jays was postponed.

After months of back and forth between Major League Baseball’s players and owners, the two sides agreed to play a 60-game regular season over just 66 days. Already more than a half-dozen teams will need to make up games delayed due to positive COVID-19 tests.

Major League Baseball released a thorough safety plan when it announced it would begin its season during the pandemic. Already it’s clear players are ignoring some rules, like no high-fives, hugs or fist bumps.

The NBA resumed its season Thursday night, with the Milwaukee Bucks playing Friday at 5:30 p.m. Instead of allowing teams to play in their home markets, the league opted to finish its season in Orlando, Florida, where players are living inside a "bubble."

So far it appears to be the more successful approach. The NBA has conducted nearly 700 coronavirus tests in the last two weeks from within the bubble, and all came back negative.