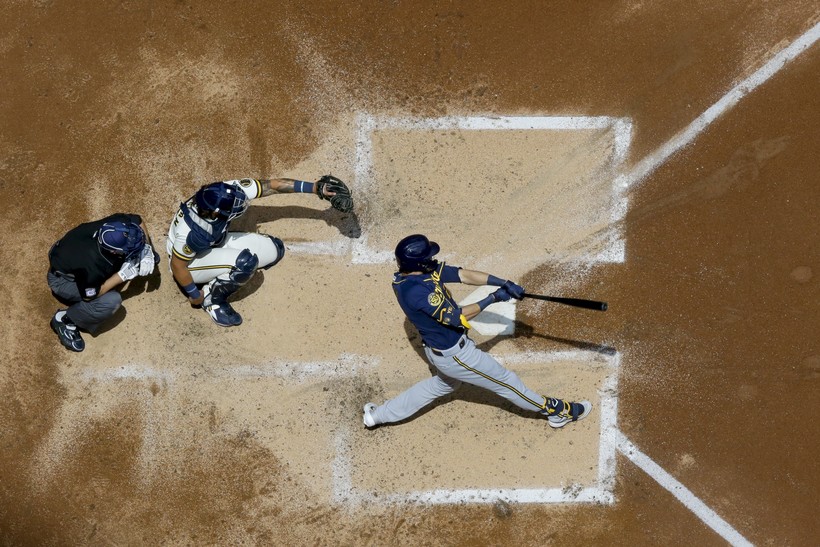 Baseball Is Back: Here's How The 2020 Season Will Look Different For The Brewers

It’s opening day for the Milwaukee Brewers. After a months-long delay due to coronavirus, they’ll face the Chicago Cubs at Wrigley Field.

The first game of the season will air on ESPN and Fox Sports Wisconsin Friday at 6:10 p.m. The Brewers, who lost in last year’s National League Wild Card Game, will aim to make the playoffs for a franchise-record third consecutive season.

How will the season work?

Teams will play just 60 regular season games, instead of the typical 162, a schedule designed to limit travel amid the pandemic. The Brewers will face each of their NL Central division rivals 10 times. Their remaining 20 games are scheduled against American League Central division teams due to their proximity.

On Thursday, the league announced an expanded playoff format for this year, with 16 teams reaching the postseason.

The playoffs will still feature four rounds, but no Wild Card Game. Instead, the top four seeds from each league will host seeds five through eight for a best-of-three series. After that, the format goes back to normal, although Major League Baseball has reserved the right to move postseason games to neutral sites if a city or region is experiencing a severe coronavirus outbreak.

There are also some rule changes for this year. Both leagues will allow designated hitters to limit wear and tear on pitchers. During the regular season, extra half-innings will begin with a runner on second.

This year also marks the implementation of a new rule that was announced last year: Pitchers will be required to face at least three batters or pitch to the end of an inning. The move is an attempt to reduce the number of pitching changes a team can make, and effectively speed up the game.

What safety precautions will the team take?

The league put together a pretty comprehensive list of precautions teams should take to prevent the spread of the coronavirus. Some are commonsense: no hugs, high fives, spitting or chewing tobacco. Coaches or players who come within 6 feet of an umpire to argue a call can be suspended or fined.

Testing is also an important part of the league’s strategy, with players being tested every other day for COVID-19 and monthly for antibodies.

The Brewers have made several adjustments inside Miller Park, said Steve Ethier, the team's vice president of stadium operations. To allow for social distancing among players and staff, the dugout has been expanded to encompass some areas typically dedicated to fans. The team has also instituted new cleaning procedures.

Will there be fans?

Major League Baseball told teams there should be no fans for at least the first two weeks of the season. After that, it will be up to the league, clubs and local health officials, Ethier said.

The Brewers have also asked fans not to tailgate, in accordance with the city's public health rules on public gatherings.

Milwaukee County has among the highest number of per capita coronavirus cases in the state. Still, the team is preparing for the possibility it will welcome fans to Miller Park this summer. Precautions would include two-way traffic in the concourse, socially distanced seating and establishing a capacity for restrooms and stores, Ethier said.

In the meantime, Miller Park won’t be completely empty. Brewers fans had the opportunity to purchase cardboard cutouts of themselves or their pets, which will adorn the stands at home games.

When the New York Yankees and the Washington Nationals faced off Thursday, with Dr. Anthony Fauci throwing out the ceremonial first pitch, things sounded pretty normal. The Nationals piped in crowd noise and played music. It was almost easy to forget there were no fans in the stands.

Brewers announcer Brian Anderson is a bit nervous about calling games with all the changes this season, he said this week. He and Jeff Levering will call Friday’s game from Miller Park, not Wrigley Field, making it a bit like announcing a video game, Levering said.

When the Brewers take on the Cubs Saturday, Fox Sports will add computer-generated fans to the ballpark. 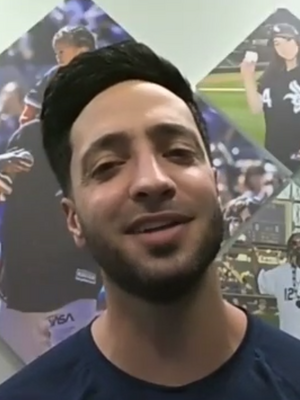 On Wednesday, July 22, 2020, Ryan Braun of the Milwaukee Brewers spoke to reporters from Chicago, where the Brewers played the Chicago White Sox in an exhibition game. Megan Hart/WPR

What are the players saying?

"It’s definitely exciting, though, to play some games that count and get back to a semi-normal year," he said.

The Brewers played an exhibition game against the Chicago White Sox Wednesday, and they practiced at Wrigley Field Thursday. Yelich said he feels healthy despite a shortened training camp.

Travel is a bit different amid the pandemic, he said. For example, players aren’t allowed to eat at restaurants. But Yelich said he trusts the safety precautions the league has put in place. He’s also confident in the Brewers’ opening day starting pitcher, Brandon Woodruff.

Ryan Braun is on the opening day roster despite dealing with a recent oblique injury. Even though there won’t be fans in attendance, he hasn’t ruled out the possibility he could get booed at Wrigley Field, maybe by fans on nearby rooftops.

"Obviously for all of us, we’d prefer to have fans," he said. "Even on the road, in the most challenging environments, I just think they create such a unique atmosphere."