It’s not the first time the pitchers have appeared in the game celebrating the leagues’ best. Hader, a reliever, will be making his fourth appearance — a first for relievers in franchise history, according to MLB.com.

Burnes, a 2021 Cy Young Award winner, will make his second appearance as a starter in the All-Star game. Burnes was the third Brewer in history to receive the award honoring the top pitcher in each league.

"It's something that's tough to do. I've got to go back to back years now. So it's pretty special and something I'll never take for granted," Burnes said Sunday after being named to the All-Star team. "For me, it's all about sticking to my process and my routine and how I can execute pitches."

Hader called being on the All-Star team one of the greatest honors.

"We play this game as hard as we can and to be the best we can. And just to be recognized throughout the league (by) managers, players ... it means a lot," he said Sunday.

But both Hader and Burnes have their eyes set on the regular season. With a little less than half the season remaining, the Brewers are in first place in the National League Central, with the St. Louis Cardinals trailing just 2.5 games as of Monday.

"This first half, as far as execution goes, it's not near as what we did in the first half last year. So, I definitely think there's still a lot of room to grow," Burnes said. "But that's obviously an exciting part, knowing that we're a first place team and the season’s gone very well up to this point." 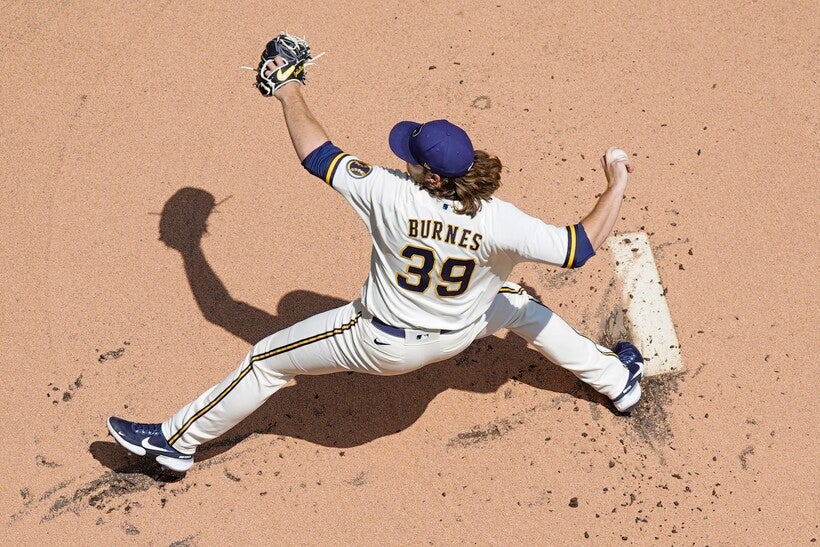 Burnes has the fourth best record in the National League with an earned run average of 2.20.

Hader is the best reliever in the league with 26 saves in 30 games played.

"I try and hold myself to a standard that if I can make myself better each and every year, each and every day, just try and work on something ... that at the end of the day, it's going to be making that bigger picture a little bit better," Hader said.

Burnes and Hader will take the mound July 19 at Dodger Stadium.