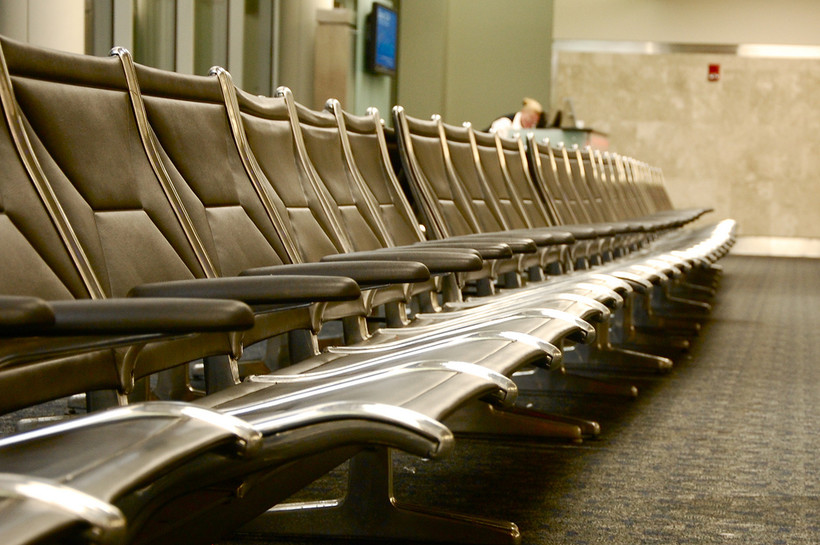 Similar Program In Denver Saw Gains Of More Than $200K In 3 Years
By Elizabeth Dohms-Harter
Share:

Milwaukee County has a novel idea for airport travelers: instead of emptying spare pocket change into a bin at the airport security checkpoint, consider depositing it.

He's hopeful the containers will be placed by July 4.

Mathy brought the idea to Milwaukee after seeing a similar program while flying through Denver International Airport.

"It was just a really innovative idea as a way to further a public-private partnership around homelessness," he said.

Denver airport raised more than $280,000 in three years, which averages out to about $93,000 a year. Although Mathy said Milwaukee's airport doesn't see as much traffic as Denver, he's excited about the prospect of securing permanent private funding to fight homelessness in Milwaukee County.

"One hundred percent of these funds go directly to rental assistance, case management and employment services," he said, noting that no money is spent on administration.

The Housing First initiative, a partnership between the housing division, city of Milwaukee and the city's Housing Authority, extends from a philosophy that housing is the solution to homelessness, Mathy said, noting that since the program was established in 2015, Milwaukee County has seen a 40-percent reduction in overall homelessness.

Furthermore, Mathy said the county is close to ending chronic homelessness, which is federally defined as being homeless for a year straight or having four episodes of homelessness within three years.

The Housing First model takes people who have been homeless and sets them up immediately in permanent housing before providing them with the services they need to thrive.

Mathy said once those previously deemed homeless are established in permanent housing, it's easier for them to handle mental illness or addiction or any other problems that might afflict them.

That set-up is also helping to save medical costs tracked through Medicaid, Mathy said.

"We're saving a considerable amount of Medicaid funds for people not going to emergency rooms anymore, not going back to our behavioral health division, so it's one of those rare instances with public policy where the quality of the lives of the folks we're serving is dramatically better, but the cost savings is really immense," he said.

Additionally, he said people in the Housing First program all are voluntarily receiving case management and services, which donations from the airport will help support, especially once chronic homelessness has been fully addressed.

"What we want to do with private funds is really focus on individuals that are at risk of homeless ... to really keep the homeless numbers trending in the right direction," Mathy said.