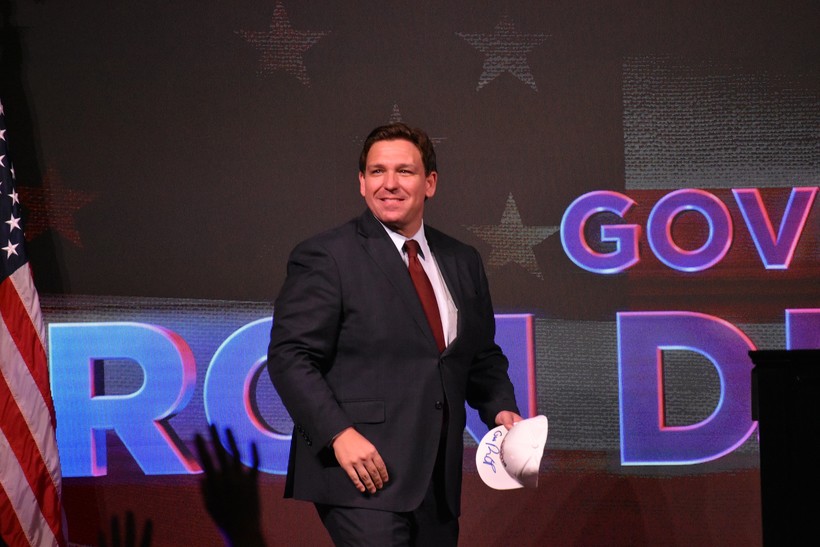 Michels pledges to cut taxes, open up school choice and crack down on absentee voting in campaign speech
By Rob Mentzer
Share:

The crowd — packed into a ballroom at the Radisson Hotel and Conference Center — also heard brief speeches by U.S. Rep. Mike Gallagher, R-Green Bay, who is running unopposed this year, and GOP U.S. Sen. Ron Johnson, who came from a Green Bay Packers tailgate to speak at the rally and left in time to catch the team’s home opener against the Chicago Bears.

DeSantis, widely seen as a potential rival to former president Donald Trump for the Republican Party’s 2024 presidential nomination, used his speech to promote conservative Florida as a "citadel of freedom" that resisted public health restrictions and liberal education initiatives. DeSantis promised that Michels would follow his lead if elected in Wisconsin.

"Everything we've done in Florida, you will be able to do in Wisconsin and then some," DeSantis said.

DeSantis is heavily favored to win his reelection campaign in Florida, and his national profile in conservative media circles makes him a draw for campaigns across the country. He railed against public health restrictions and the "woke mind virus" of liberal entertainment and education in his own speech, and received a sustained standing ovation when he discussed his administration’s move last week to fly a group of 50 asylum-seeking immigrants from San Antonio, Texas to the wealthy, liberal community of Martha's Vineyard, Massachusetts.

"One of the biggest failures of the rule of law is happening right now at the southern border of the United States," DeSantis said. "Until last week, no one was really talking much about it. Now, people are concerned about it." 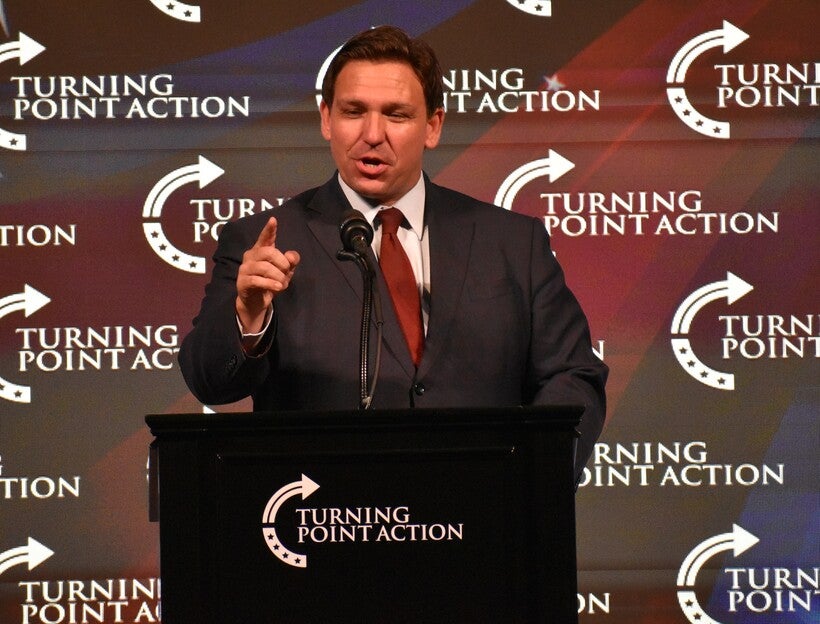 An agent of the DeSantis administration reportedly lied to the asylum-seekers to induce them to take the trip, which DeSantis said Sunday was meant to highlight liberal hypocrisy about immigration. The community in Martha's Vineyard rallied to support the migrants, offering food, shelter and legal help, but many were also bused to Boston, where they had reportedly been told they were going when they boarded the plane in Texas.

In his speech, Michels rallied the conservative audience with promises to eliminate "Zuckerbucks" or privately funded election grants for cities, and to require voters who listed themselves as "indefinitely confined" when requesting absentee ballots to reapply and show a photo ID again to renew their claim.

"Just because maybe you had COVID over two years ago does not mean you should have a ballot — or unfortunately in some cases I’ve heard, multiple ballots — mailed to you for the rest of your life," Michels said. 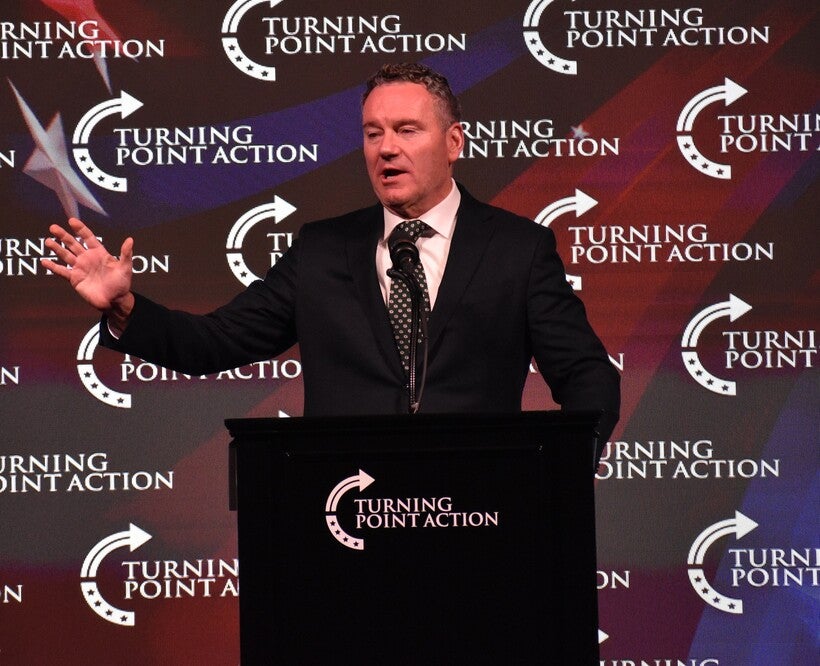 Michels also pledged to use the state's $5.8 billion surplus to fund a tax cut. Democratic Gov. Tony Evers has also proposed cutting taxes with the state's budget surplus; his recent proposals were blocked by the GOP-controlled Legislature.

In digital ads, the Democratic Party of Wisconsin mocked DeSantis and Michels for scheduling their Green Bay event just hours before kickoff in the Packers’ home game of the season. In a press release, they called it "the world’s worst tailgate" and attributed the timing to the fact that Michels has lived in Connecticut in recent years.

"People from Connecticut just don't understand the unwritten rules of the Midwest," said Democratic spokesperson Courtney Beyer. "Cows are happiest in Wisconsin, Fridays are for fish frys, and most importantly, never schedule an event right before the Packers game."

Democratic activists also gathered Friday outside Lambeau Field to attack Michels and Johnson on Michels’ support for Wisconsin's abortion ban and his opposition to exceptions for rape and incest, as well as Johnson's statements last month saying Social Security funding should be required to be reauthorized by Congress each year.

Michels got a big boost in the GOP primary when former President Donald Trump endorsed him. But being associated with Trump may be a liability in the general election. A statewide poll from Marquette University Law School last week found only 37 percent of likely voters in Wisconsin had a favorable opinion of Trump, while 60 percent were unfavorable toward the former president.

According to the Marquette poll and other recent polls, Michels slightly trails Democratic Gov. Tony Evers, often within the polls' margin of error. In 2018, Evers won election against two-term incumbent Scott Walker by about 1 percentage point.

"If it's tied right now" in the polls, Michels said, "we're probably winning by 3 or 4 points."