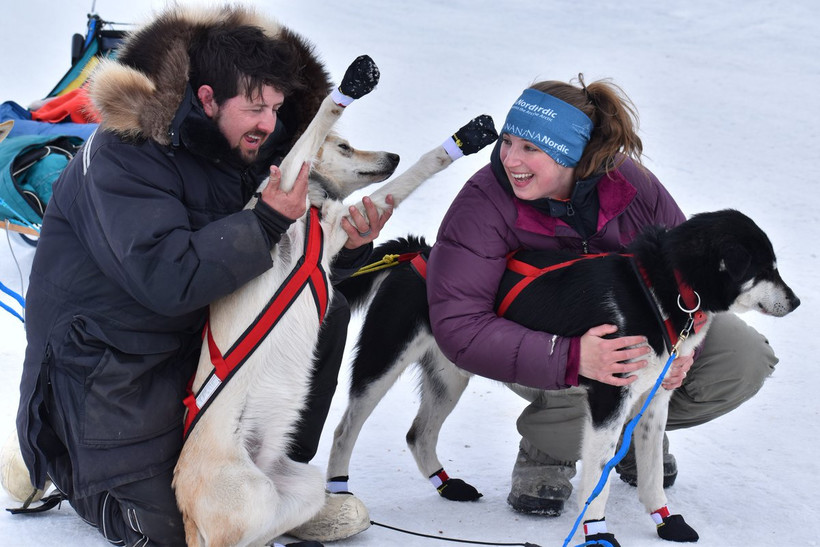 Meet The Wisconsin Musher Racing In The Iditarod

The world’s top sled dog racers embarked Sunday on a 1,000-mile journey across Alaska. It could take 10 days for the top finisher to complete the Iditarod, the Super Bowl of sled dog racing. One Wisconsin musher is in the mix.

It’ll be Quince Mountain’s first time competing in the Iditarod. He and his wife, Blair Braverman, live in northern Wisconsin, where they operate a sled dog racing team. Until May, however, they’ll make Alaska home. America’s largest state has unparalleled enthusiasm for the sport they love, Mountain said. He compared sled dog racing in Alaska to football in Green Bay.

"My wife and I have an incredible community where we live in Mountain, Wisconsin, but to be able to come up and train for the Iditarod, it’s really nice to be in Alaska," he said.

Mountain called the dogs the real athletes. On the trail, he becomes part athletic trainer, coach, dog psychologist and nutritionist, he said. Each dog has a distinct personality. He’s often asked if the dogs have names, he said. The answer is yes. 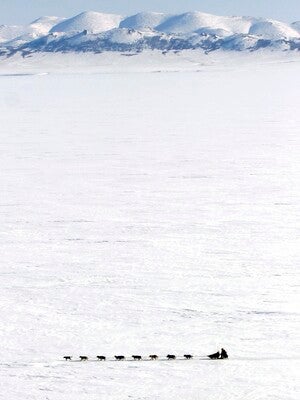 At the Iditarod, Mountain is racing with an Alaskan dog team belonging to Raymie Redington. Redington is an Iditarod veteran — his father Joe Redington Sr. is considered the race’s founder — who once completed the trail with just nine dogs, Mountain said. Mountain is traveling with the standard 14.

Mountain said he’s one of the few rookies in the group. Some dogs have already completed the trail from Anchorage to Nome, a city of nearly 4,000 on the Bering Sea. Fans can follow their progress on the Iditarod’s website.

It’s been an exceptionally snowy year in Alaska, race organizers said last week. The trail has three distinct parts, Mountain said. They’ll travel through the state’s interior, along a river and then up the coast, which can be very windy, he added.

Some mushers are competitive, Mountain said. As a rookie, he’s looking forward to experiencing the trail and spending time with his dog team, he said before the race. Mountain is the first openly trans person to ever race in the Iditarod. At first, he didn’t think it was a big deal, he said. That changed after he started receiving messages of support from members of the trans community.

Mountain has only been mushing for a few years. It was Braverman who got him into the sport. She competed in the Iditarod last year. Mountain said her bravery is an inspiration. During a 1,000-mile race, it's inevitable something unexpected will happen, Mountain said. In those moments, he’ll have a mantra: "What would Blair do?"