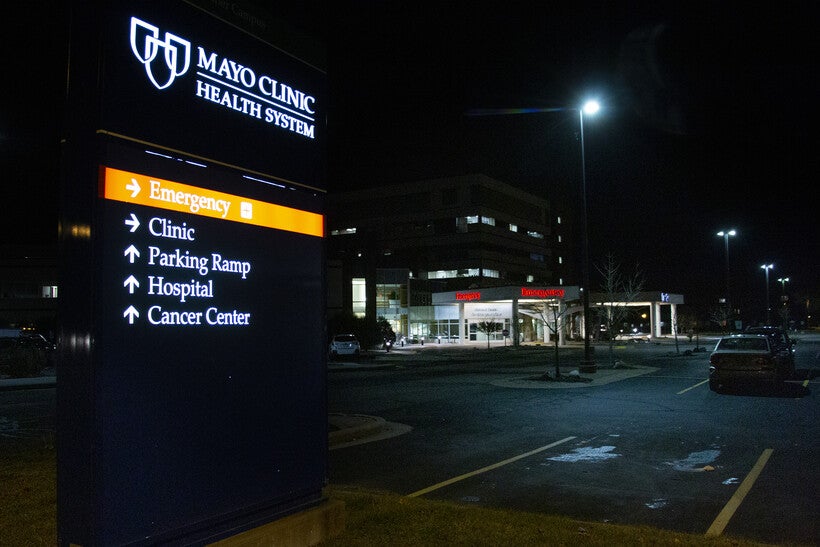 As the crush of new COVID-19 hospitalizations stretches hospitals around the state to their limits, the Mayo Clinic Health System is taking unprecedented steps to expand capacity at its northwestern Wisconsin locations. Those include moving beds into waiting rooms, surgical spaces and even a parking garage.

It's been just more than a week since the Mayo Clinic announced 100 percent of its hospital beds in Northwestern Wisconsin were full. That number fluctuates by the hour, but emergency room physician Paul Horvath said hospitals and emergency rooms have been forced into what is known as "diversion status."

"I worked a shift in one of the emergency departments the other evening," Horvath said, "and literally every bed in northwest Wisconsin was full, and hospitals just weren't able to admit new patients. Which means that I had the challenge of managing ICU level care in my ER for hours, which is obviously not routine." 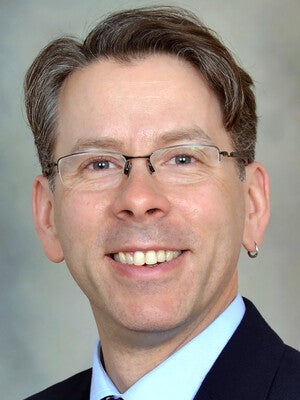 A recent surge of 20 patients at Mayo's hospital in Barron forced staff to move some patients into a room designated for preparing people for surgery, said Horvath. He said when emergency departments fill up, paramedics have to find new places to bring patients that are further away and may not have the same level of staff or equipment to treat the critically ill.

Horvath said from a patient's perspective, the team of doctors and nurses all look the same in their layers of personal protective equipment. Beeping monitors and the hurried, labored breathing of paitients makes communication more difficult too. Horvath said he sometimes feels like he's yelling at patients and staff to cut through the noise.

Sue Cullinan is an emergency room doctor at Mayo Clinic's Eau Claire hospital. On Oct. 12, she recorded video diary entries detailing how the hospital was preparing for the ongoing surge of new admissions.

"Not where I'd want to put my grandfather or my grandmother," she said, though it "may have to happen."

Four beds with privacy curtains have been set up in the heated ambulance garage. A Mayo Clinic spokesman said they haven't had to use them yet.

On Nov. 22, the Wisconsin Department of Health Services reported 208 new hospitalizations due to COVID-19. There are 2,076 patients hospitalized for COVID-19 across the state, according to DHS.

At the same time that health systems are being inundated with new patients, they're responding with fewer staff. A Mayo Clinic Health System spokesman told WPR as of Nov. 20, there were 239 Wisconsin staff out of work due to COVID-19 infections or exposure.

Pam White is Mayo Clinic's chief nursing officer for northwestern Wisconsin. She said she's getting temporary assistance from across the country.

"We have nurses from Arizona, Mayo Clinic in Arizona, who have relocated here, and they'll be here ... for approximately five weeks," White said. "We supported Arizona when they surged in July, and they're returning that to us now." 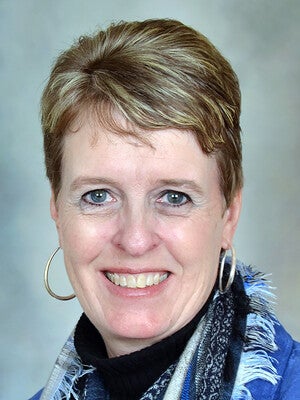 White said they've also called up former nurses who retired over the past two years but are still licensed while moving staff from smaller clinics to help out at hospitals.

Tending to the surge of COVID-19 patients has been emotionally draining for staff, White said, especially since visitor restrictions have kept family from visiting hospitalized loved ones. White teared up while describing how one of her staff called the wife of a man who was going to be intubated and didn't know if it would be the last time they talked.

Outbreak Continues To Grow As Hospitals Look For Solutions

Since the start of November, Wisconsin has set multiple records for the number of positive COVID-19 tests and new hospitalizations. For Wisconsin Hospital Association President Eric Borgerding, that doesn't bode well.

"So that tells me, number one, we're extremely stressed right now," said Borgerding. "And number two, based upon those positivity numbers, this is not going to slow down any time soon. So that is the real concern."

Hospitals across the state have gotten creative about finding new spaces to treat patients, said Borgerding, but hospital capacity is only useful if there are enough health care workers to staff it.

Borgerding called the pace at which coronavirus has spread through Wisconsin "unbelievable." He said it took nearly six months for Wisconsin to reach 100,000 positive tests. Then, Borgerding said, it took just 36 days for positives to reach 200,000, and 18 more days to reach 300,000.

"Wisconsin has shown an inability, at least from a statewide level, to take steps related to masking or limiting the sizes of gatherings," Borgerding said. "Whether that can happen in any kind of a meaningful way, through legislation or some sort of collaboration or cooperation between the Legislature and the governor, I think that remains to be seen."

The Wisconsin Supreme Court could issue a decision any day in a lawsuit challenging the emergency powers Gov. Tony Evers used to issue the statewide mask mandate. In May, the court struck down the Evers administration's "Safer at Home" order meant to limit gatherings.

Borgerding said at the "very minimum," local governments should be allowed to make health decisions for their communities. But some attempts to restrict capacities inside businesses by cities have also been challenged and overturned in court. Some county health departments have lobbied for local restrictions only to see them voted down by board supervisors.

COVID-19 'Just About Killed Me'

Mike Davis, of Eau Claire, is someone who has dealt with the deadliness of COVID-19 as a health care worker and a patient. As an adult echo stenographer, he has used ultrasounds to see how people's hearts back up with blood when COVID-19 keeps their lungs from getting enough oxygen.

The 60-year-old Davis described himself as a husky, northern Wisconsin farm boy who felt like he was 40 before he began feeling worn down in late August. Suspecting COVID-19, he said he went to the ER and was tested but the results came back negative. The seriousness of Davis' illness wasn't clear until he was watching the Packers beat the Vikings Sept. 13. 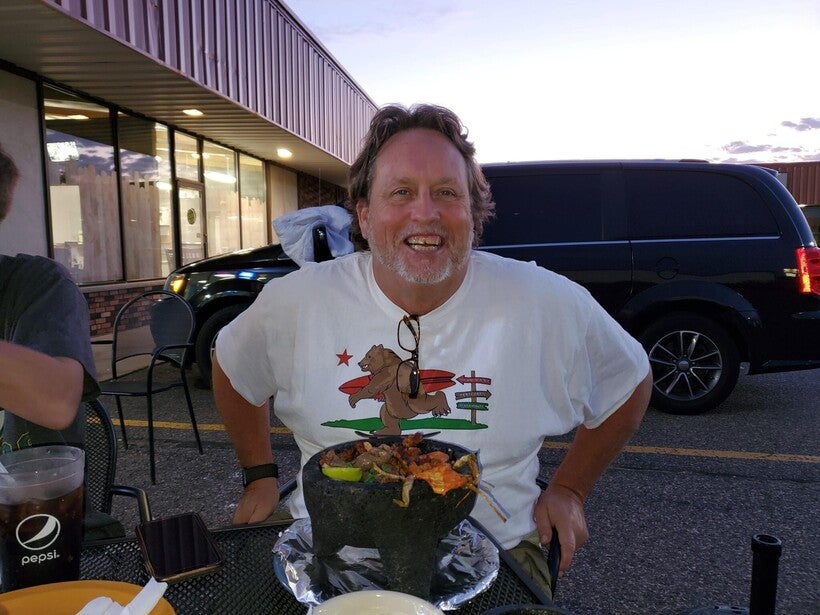 "I don't remember this — my wife told me when I wasn't watching the Packers game — I went to the bathroom and my lips were blue," said Davis. "So then she took me to the emergency room and I was intubated. They took fluids from my lungs. And the fluid from my lungs tested positive for COVID right away."

Davis said his body was systematically succumbing to the virus and his heart rate dipped to around 30 beats per minute a couple of times. The first thing he remembers, he said, was waking up to his respiratory therapist technician's voice telling him to take deep breaths.

"I used to say that I wish I could get COVID so I could just kick its butt and send it home," Davis said. "But I was stupid because it was real, and it really … just about killed me, you know, and thank God for the care. I would have never made it."

Davis is still recovering from the disease more than a month later. He said now he's a 60-year-old man who feels like he's 85, that he's lost muscle tone, stamina and lung capacity, though he's getting better every day. Davis said he's taking rehab seriously, so he can be there for his nine children and 13 grandchildren.