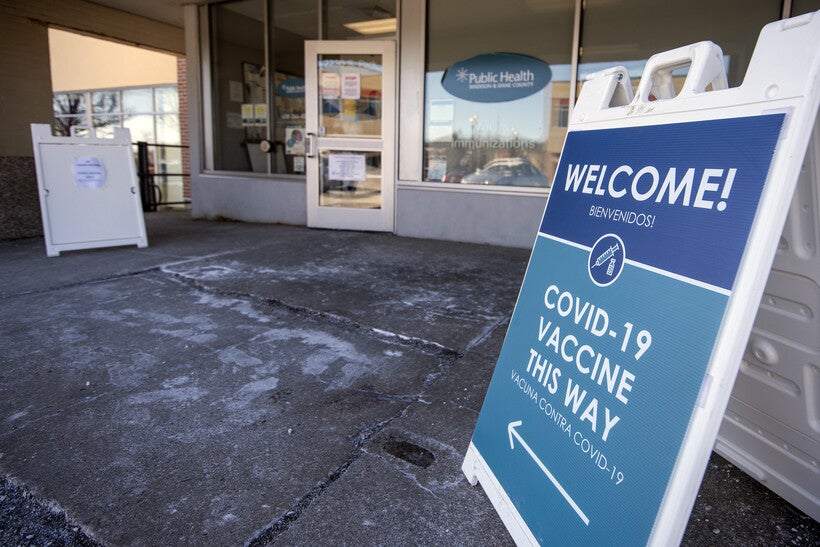 Doctors expect future COVID-19 spikes to be local, not national in scale
By Christine Hatfield
Share:

Mayo Clinic doctors said Wednesday in a virtual news conference that a new strain of the virus that causes COVID-19 probably won't result in as big a wave of cases as the original omicron variant, but they say communities still need to stay alert.

Speaking to journalists during the briefing, the doctors said BA.2, a subset of omicron, has a higher transmission rate than prior variants. Dr. Jack O'Horo, an infectious disease specialist at Mayo Clinic, said vaccines and masks are still important.

"There's going to be a need for continued vigilance and response, whatever form that might take, because as much as we would all like to say that this is behind us, it very clearly isn't," O'Horo said. "There still is at least one foreseeable large bump on the horizon."

"Whether that ends up being a larger increase in cases or a smaller one, I'd say still is waiting to be seen," O'Horo said. "It certainly doesn't look like it's going to be anything on the order of what we've seen with prior spikes."

"We do think that infection with the original omicron strain is going to elicit some immunity that helps to protect an individual from reinfection, although it's not impossible for an individual to be reinfected," Binnicker said.

Binnicker said at-home antigen tests should still be able to pick up the subvariant, though he noted it can take longer for at-home tests to detect positive results compared to PCR tests.

"If you've been exposed or if you have symptoms and you test negative, it doesn't necessarily mean you're in the clear with regards to COVID infection," Binnicker said. "You may need to perform a follow-up test in a few days."

The BA.2 subvariant is accounting for an increasing proportion of Wisconsin COVID-19 cases. According to the Wisconsin State Laboratory of Hygiene, it made up almost a quarter of the state's test samples sequenced in March.

BA.2 has been nicknamed a "stealth" variant, possibly in part because it's more difficult to track. But Binnicker pushed back against that idea.

"Stealth variant really implies that it's going undetected, that we're missing it," Binnicker said. "It was kind of, I think, wrongly given that name."

The Centers for Disease Control and Prevention estimate BA.2 has become the most common strain of coronavirus in the U.S.

The doctors also said the future of the COVID-19 pandemic is going to depend on local trends in cases rather than national waves.

"As we enter into an endemic phase of COVID, that's not a one-way door," O'Horo said. "That does mean that there is going to be some locally predominant patterns where there can be higher or lower activity."

Binnicker said wastewater testing and other ways of tracking case counts will help individual communities decide what approaches to take with COVID-19.

"I think it's got to, in the future, become a very geographically specific type of approach, because we're not going to see surges or increases in cases across the entire country," Binnicker said.

Binnicker said prior infection and vaccination rates in communities will also determine which areas are most vulnerable to spikes. Binnicker noted vaccination provides a more robust immune response to COVID-19 than natural infection.

"It's a spectrum of that immunity and the vaccine is a very safe way to deliver a standardized immune response," Binnicker said.

O'Horo said while there's still uncertainty around long COVID, how to approach it and what the risk factors are, he mentioned a study suggesting vaccination could reduce the risk of getting it.

"It just gives one more reason to get vaccinated even as we hit these waning days of the epidemic," O'Horo said.

O'Horo encouraged groups eligible for a second booster to get it.

"I don't think you gain any significant advantage by waiting," O'Horo said. "There still is a fair amount of community circulation of COVID, even though it is at a nadir right now."

The Wisconsin Department of Health said the state is averaging around 360 new COVID cases a day. That's down from an average of almost 19,000 cases a day in mid-January.