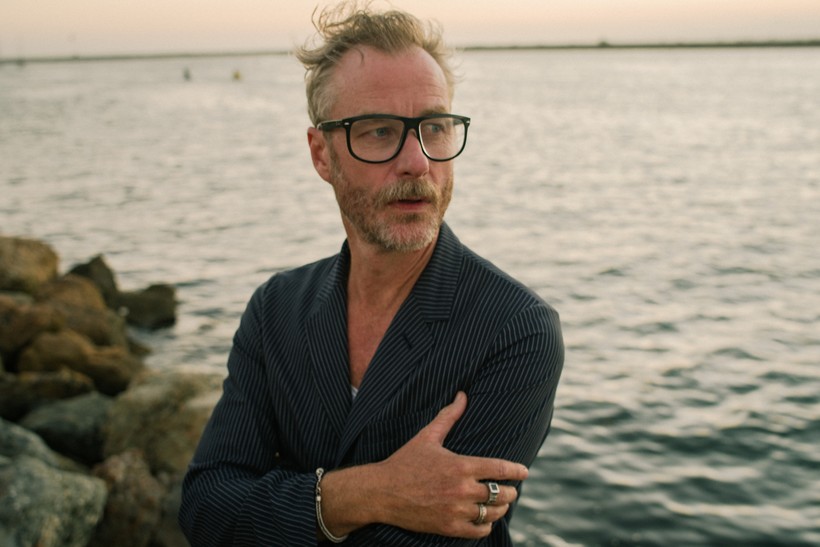 When Matt Berninger decided to create music on his own, he just wanted to get together with friends and record some cover songs.

But the world had other plans for Berninger, the vocalist for Grammy Award-winning rock band The National.

Berninger first worked with Jones over a decade ago. So when he decided he wanted to record an album of covers, he looked to his favorite covers album for inspiration: Willie Nelson's "Stardust," an album Jones produced.

"When you listen to "Stardust", it feels like Willie's sitting right next to you," said Berninger. "And Booker produced and arranged that."

So Berninger decided he'd roll the dice and reach out to Jones, even though he had no direct contact information for the world-renowned artist.

"I never had his email, but I went to his Booker T. Jones website and clicked the big management button and wrote to him to see if he'd want to be involved at all," said Berninger. "And his daughter, Olivia, who is now his manager, wrote me back right away and said, 'Yeah, he would be.'"

As the two began planning the album and Berninger shared cover song ideas, he started sharing some originals with Jones as well.

"And he's like, 'You know, do you have any more of these?'" recalled Berninger.

By the end of the brief 14-day recording process, they had 12 originals and seven covers. That's when they realized this wasn't going to be Berninger's "Stardust" — it was going to be his first solo album.

"I didn't have this idea to have a solo record until we were halfway done with this thing," Berninger said. 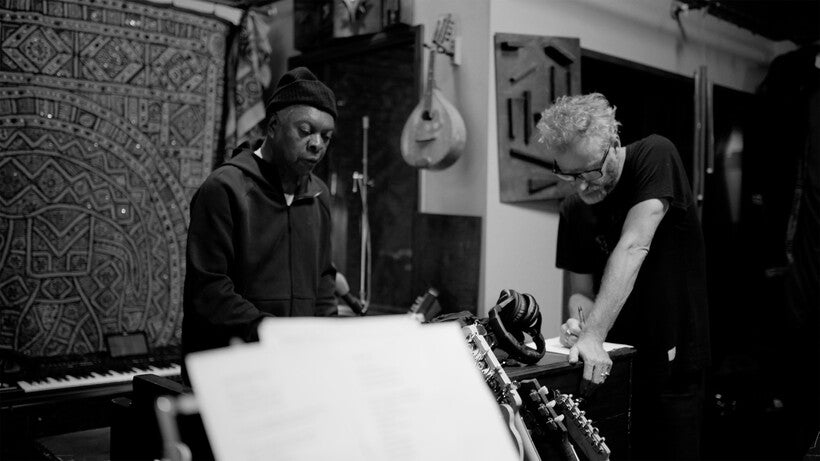 Booker T. Jones, left, and Matt Berninger in the studio during the "Serpentine Prison" sessions. Photo by Chris Sgroi

So how did Berninger and Jones manage to wrangle all of that talent and end up with "Serpentine Prison's" understated sound?

"We wanted the songs to feel spacious," said Berninger. "And I wanted it to feel like you're in the room with a few people."

That's why Berninger thought Jones was the perfect person for the job.

"Whenever Booker produces his records, I always say you can hear people look at each other," Berninger said.

The studio was too small to fit everyone at once, so players came and went; working on whatever was in progress while they were there. Everyone came prepared to contribute.

"I mean, they all knew they were coming in to work with Booker T. Jones, so they did their homework," Berninger joked.

Jones set the tone that made it all click.

"You know, he was very much the shepherd of the song. We'd get started, and he'd kind of figure out the groove and the tempo and all that stuff, and everybody would follow along," Berninger remembered. "And so he would always say the songs were all there, we just had to catch them, you know? And he liked to catch them fast. We didn't do too many takes. And he's like, that's good, let's move on."

That studio magic is on full display with songs like "Collar Of Your Shirt", which features an interplay of strings, guitar and organ that pushes Berninger beyond his signature baritone.

"I wrote that with Walter Martin and we had the first half," he said. "And then when we got toward the end, Booker just felt like it needed to go somewhere new."

"He plays the Hammond (organ) like it's a vocalist," said Berninger. "And so at the end of 'Collar Of Your Shirt,' he was leading that in the melodies. And I would follow him up to those higher branches melodically.

"And (Jones made it) very safe to go into territory melodically. And he pushed me there," Berninger continued. "And so, yeah, that one really, really means a lot to me because I think I learned so much."

Also on the record, Berninger wrote the song "One More Second" as an imagined response by Porter Wagoner to Dolly Parton’s "I Will Always Love You," written in 1974 as she set out to pursue a solo recording career.

"She was writing that to Porter Wagoner as she was trying to leave his television show and kind of break out of the bubble that he was trying to keep her in," recalled Berninger. "And she had to try to break that to him.

"And I always thought, well, if Porter Wagoner could write a song to try to, like, hold onto Dolly, what would he write?"

"And so 'One More Second' is this imagined way of thinking of these songs, like every desperate love song has another side of that story," he explained.

So, how does the songwriting process for this solo album compare with how The National has worked for the last 20 years?

Berninger said the biggest difference between the creation of "Serpentine Prison" and a record by The National is in the recording process.

"With The National, we tinker, and we send stuff back and forth, and songs are these lab animals that we keep," he said.

"You know, it's like 'The Island Of Dr. Moreau' and everybody changes the DNA of the creature and then sends it back in," continued Berninger. "And that's what's fun about The National is the songs go through these mutations and developments when we pass them all around."

But Berninger chose a different classic novel to describe working with Jones on bringing "Serpentine Prison" to life.

"This was a sort of like all the ingredients were all brought to the lab at the same time, and we just waited for the lightning to strike until the thing rose up off the table and started walking around," Berninger said.