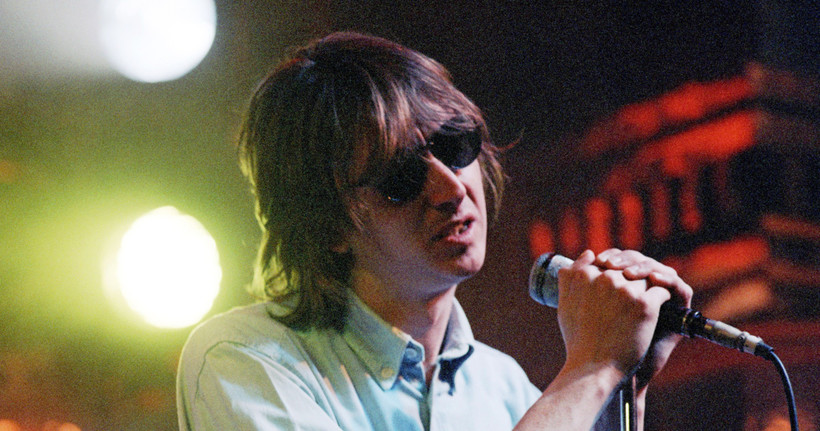 'Mark Hollis: A Perfect Silence' author discusses his exploration of the life and career of Hollis
By Steve Gotcher
Share:

When one thinks of music, silence is not the first thing that comes to mind. But to Mark Hollis of the '80s band Talk Talk, silence in music was paramount.

Wisconsin Public Radio's "BETA" talked with Ben Wardle, author of "Mark Hollis: A Perfect Silence," to find out what Hollis meant by that statement and how it affected his musical career.

"It was important," Wardle said, "because I think he recognized the importance of space on a record. And that was, I think, informed by the wide range of music he listened to."

Early songs by Talk Talk don't seem to be informed by this notion of space, as can be heard in a song like, "It's My Life." But as time went by, one could hear the band evolve from a dense pop sound to one that's more spacious and lush.

Hollis was mainly influenced by his brother Ed, also known as 1000 Eddie because of his vast album collection. Hollis took advantage of all those records by listening to them and, more importantly, appreciating the many different styles contained in the collection.

"You can imagine what it was like for Mark," Wardle said, "who at that point was not yet 16, and hearing all this stuff at an early age. It was almost like having a personal kind of Spotify in the early 1970s. If he were a reasonable songwriter to begin with, the fact that he had all that influence at such an early stage really would have helped him along."

From 1981 to 1991, Talk Talk produced five studio albums. But with their third album, "The Color of Spring" from 1986, the music changed from a pop sound to more art/pop. The arrangements became more refined. The one single from the record, "Life's What You Make It," wasn't part of the first draft of the album but was written to be the single when band member Dave Ambrose pointed out that he didn't think there was a hit on the record.

"They produced 'Life's What You Make It,' which is — arguably in Britain anyway —their most well-known track. They went away and consciously wrote something to be a hit," Wardle said. "Various people who I interviewed told me that they had consciously said, 'Right well, Kate Bush has just had a big hit with a song that is just like a looped drum riff and one chord. We could do that.'"

"They were still producing pop, but it was much less synth-led and much more three-dimensional, with lots of beautiful kinds of vistas of sound opening up," Wardle continued. "And certainly, the B-side, 'It's Getting Late in the Evening,' kind of points the way where Hollis would go after that album."

In 1988 Talk Talk released their fourth album, "Spirit of Eden," and the spaciousness of the music evolved even further. The songs are lusher and longer. However, the record company, EMI, was unsure what to make of the album and waited months before releasing the record. There were no singles, but it got the best reviews of any of their previous albums but sold far fewer units than their other records.

The final Talk Talk album, "Laughing Stock," was released in 1991. Once again, the band took another musical turn with a noisier, more guitar-oriented sound. Unfortunately, many fans didn't get it.

"At the time, many people thought they were taking a piss, you know, and largely that was based on the fact that it was noisy, much noisier than Spirit of Eden, loads more guitars, which band member Tim Friese-Green was behind. There was way more out there, kind of sonics going on," Wardle said.

Talk Talk broke up in 1991, and Hollis stayed mostly silent musically, except for a few attempts at film soundtrack production. In 1998 he produced his only solo album, "Mark Hollis." It's the most minimal-sounding record of all, with All Music calling it "the most quiet and intimate record ever made."

Mark Hollis died in 2019 after a short illness from which he did not recover. Still, the popularity of the last two Talk Talk albums, "Spirit of Eden" and "Laughing Stock," and his solo record continue to grow as new listeners discover the music for the first time. Wardle thinks it's because the music can't be pinned down to a particular era.

"I think perhaps it's just so timeless. And I think there's no kind of predominant music mainstream anymore now," he said. "I think people go to what moves them. So, word of mouth has won out."