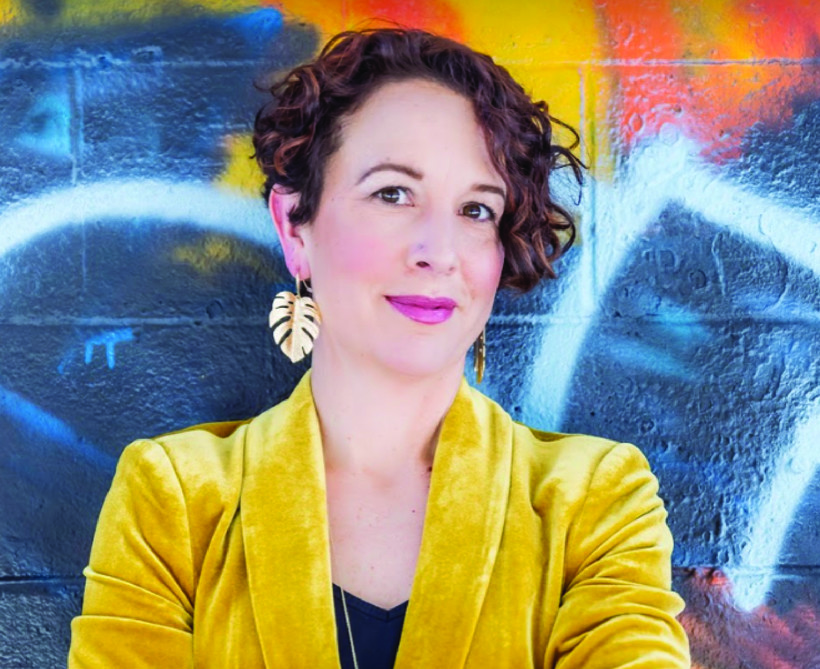 Marina Dimitrijevic is a candidate for Milwaukee mayor in the Tuesday, Feb. 15 primary election. Photo courtesy of campaign website

A Milwaukee Common Council member who wants to be the first woman elected mayor in the city said Tuesday she has an anti-racist agenda, and she wants to keep that lens in place for "every dollar we spend."

Marina Dimitrijevic, who represents the city’s 14th District, also previously served on the Milwaukee County Board and as director for the Wisconsin Working Families Party.

She said she has 18 years of experience as an elected official who can build a coalition of support with the Common Council.

Seven candidates are running to lead Milwaukee and replace former Mayor Tom Barrett, who was first elected to the position in 2004 and left in December to serve as the U.S. ambassador to Luxembourg.

The primary election on Feb. 15 will determine which two top vote-getters will face off in the April 5 special election. The winner will finish out the last two years of Barrett’s term.

Q&As from interviews with candidates that air on WPR’s "The Morning Show" will be published here. This story was edited for brevity and clarity.

Kate Archer Kent: What would you want your top priorities to be as mayor?

Marina Dimitrijevic: I've got three items that I think are at the top of my list:

KAK: We know there’s a gap in education for Black and white students. What is going on in public education in Milwaukee that you want to fix first?

MD: I’m a graduate of public education, and my children are enrolled in public schools. It’s a great place of opportunity. Milwaukee is unique to the state of Wisconsin in that we have additional challenges that tend to play out in our schools, whether it be income, homelessness, lack of nutrition, and continuing to have economic and racial injustices in the city of Milwaukee.

So, we need to work on those so that our children are prepared and ready to start before they even get into the classroom. That's what we need help with. And if Republican legislators in Madison want to help us, they can give us the authority to raise local revenue and our fair share of funding.

KAK: The Milwaukee Journal Sentinel reports the city has $200 million in unallocated federal funding for responding to the pandemic. How should this money be used?

MD: I'm the candidate in this race that has had the strongest COVID response plan. I authored the Milwaukee mask mandate twice. I'm the chairwoman of the Public Safety and Health Committee. So, I've been very vocal about ending this pandemic, reducing the transmission and not normalizing this disease spread.

We have unprecedented amounts of federal relief money, in addition to (potential) Build Back Better and infrastructure funds. That's why it so greatly matters who is mayor of this city as we spend money to not just rebuild the city but rebuild the lives of Milwaukeeans in our city. And so, we have a lot of work to do: housing, raising wages, child care, anything we can do to reduce the racial and economic injustice in Milwaukee at this time.

KAK: As you look at violence prevention, how would your administration seek to reduce violence and reckless driving in particular?

MD: Yes, we've seen an increase really across the nation and specifically in the city of Milwaukee recently. There's also been an increase in gun purchases during the pandemic, so it's certainly been some challenging times.

I've offered a way to reimagine how we address public safety. Let's face it — it's not working; the status quo is not working. Every Milwaukeean deserves to feel safe in their car, on their streets and in their houses. Violence prevention is the way to go. It saves money, and it saves lives.

So, I want to aggressively implement our Blueprint for Peace as soon as possible. We don't need more research and studies. We know what we need to do to change this cycle

KAK: How should Milwaukee support the expansion of affordable housing?

MD: This is at the heart of racial and economic injustice. We know the gap between Black homeownership and white homeownership is absolutely unacceptable. We need to move forward. We know in the past we've had barriers, segregation and racism. And now in the city of Milwaukee, we have high foreclosures and evictions. We need to do everything we can to make sure that housing is safe, clean, affordable and lead-free.

We have the funding to do it. People are working full time with full-time wages and still can't afford decent housing. And we wonder why we have challenges within our community and our school system. So, I believe that housing and safe housing is a human right, and that is something that I'll work on immediately as mayor and I have a record on working on in the past.

KAK: What does investment in Black communities mean to you? What does it look like to you?

MD: When I announced (my run) for mayor, I declared an anti-racist agenda. That means that every single thing we do and every dollar we spend, we're using that ever-important lens. That means that as we move forward, we have real metrics and goals.

When I talked about Black homeownership, what does the city of Milwaukee look like where everyone can not just survive but thrive? We can incrementally do work that increases Black homeownership by 5, 10, 20 percent each year. I think so. I think if we're dedicated, and we have the resources, we can do so. The homeownership is one of the most important parts of life and having capital, and we need to build our families up with success so they have housing that they can count on and can succeed in every part of Milwaukee.