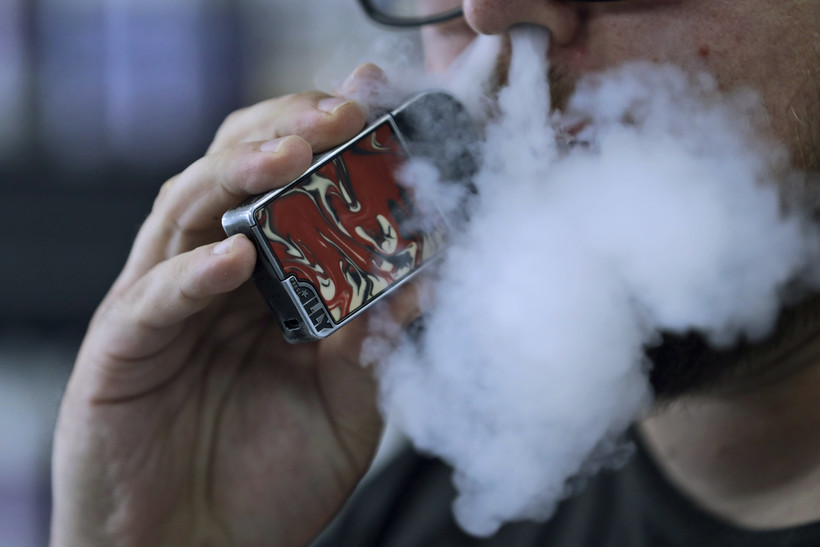 Marijuana Vaping On The Rise Among Teens

As federal and state officials try to get a grip on youth vaping with proposals to raise the age to buy e-cigarettes to 21, a new national study shows teenage vaping of marijuana has doubled in just two years.

"The number of students reporting marijuana vaping has been quite surprising — and very high levels of marijuana vaping," said Dr. Wilson Compton deputy director at the National Institute on Drug Abuse (NIDA).

One in five high school seniors report having vaped marijuana in the past year, according to the NIDA's "Monitoring the Future" survey.

The percentage who say they vape marijuana daily was 3.5 percent among 12th graders, followed closely by 10th graders at 3 percent and less than 1 percent for eight graders.

The use of e-cigarettes, which are usually sold with nicotine and sometimes fruit or candy flavors, has skyrocketed in Wisconsin. In November, Gov. Tony Evers sent a letter to school administrators about the problem.

In 2018, 20 percent of Wisconsin high school students reported using e-cigarettes. In 2014, only 8 percent did. This year the state issued a public health advisory about e-cigarettes.

School administrators say the amount of vaping — nicotine and otherwise — is of concern.

"They’ve become so addicted it’s kind of controlling them. So they’re doing it during class, in the lunchroom, in study hall, the bathrooms," said Gregg Wieczorek, principal of Arrowhead High School in Waukesha County. "When we ask them why they’re doing it they say it relieves their stress."

In November, Wieczorek testified before state lawmakers in support of a bill that would raise the age to buy tobacco products and e-cigarettes from 18 to 21.

Wieczorek described how some students are so hooked on vaping it interferes with other activities.

"The first indication of how addictive vaping really is and how serious a problem we had was when student-athletes who had devoted a lot of their youth to a specific sport were getting caught vaping in school; which resulted in a suspension from their sport," he said.

Wieczorek says if they catch students vaping and suspect marijuana, the substance is tested by police.

Wisconsin now has 100 cases of lung damage linked to vaping. Across the U.S., there have been 54 deaths in 27 states associated with e-cigarettes.